Nathan Winograd: ‘No-Kill’ or No Clue? 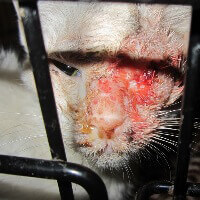 If you’ve ever spent time volunteering at an animal shelter, you’ve seen it: the endless stream of dogs and cats—scared, lonely, and confused—aching for a kind word or a reassuring touch. Some of them have been relinquished by their guardians, while others have been rescued from the streets, but they all have one thing in common: They’re victims of the companion animal overpopulation crisis.

On any given day, an estimated 70 million homeless dogs and cats are struggling to survive on the streets, where they face dangers such as parasites, predators (including cruel humans), extreme temperatures, speeding cars, and contagious diseases. Under pressure from misinformed people who have been duped by “no-kill” crusaders like Nathan Winograd, a growing number of animal shelters have begun to turn many animals away. Only an estimated 10% of the large homeless-animal population is admitted to animal shelters each year. Of the millions of those who do enter shelters, about half must be euthanized as a result of severe neglect or abuse; because they’re sick, injured, elderly, aggressive, or unsocialized; or because no suitable homes exist for them.

In his crusade to make all animal shelters “no-kill,” Winograd blames the shelter workers—who have devoted their lives to caring for homeless animals, giving them a chance at a home and providing them with a painless death when no other humane alternative exists—for the euthanasia of millions of animals every year. This is akin to blaming hospitals for deadly diseases. This false “logic” absolves the real culprits: people who breed (or fail to spay or neuter) their animals and people who buy animals from pet stores or breeders instead of adopting homeless animals from shelters. No one wants to see animals euthanized—least of all those who have to euthanize them—but denying that a crisis exists and blaming those who are doing their best to help end it is vicious and solves nothing. In fact, it misleads the public into believing that there is no need for change—a dangerous misrepresentation of facts that leads only to more animal suffering.

Too Many Animals, Too Few Homes

What Winograd espouses altogether ignores the hundreds of thousands of puppies and kittens produced by breeders and sold in pet stores every year as well as the millions of homeless animals barely eking out an existence across the country. When these animals are added to the millions who enter shelters each year, the number of those in need of homes far exceeds the number of homes that are theoretically available to them. What’s more, not all households that consider acquiring a cat or dog (or even all those that currently have animals) are responsible homes that would pass a shelter’s minimal screening requirements.

The Key to a ‘No-Kill’ Nation: A No-Birth Nation

Our goal is a future in which no animal must be euthanized for lack of a good home, but that time will only come if we stop the problem at its source, by ensuring that animals are spayed or neutered to prevent more of them from being born. Even if we could somehow find homes for the more than 6 million cats and dogs who will enter U.S. animal shelters this year, what about the 6 million next year and the year after that? And what about the 70 million animals who are struggling to survive on the streets—being hit by cars; sickened from eating garbage and drinking from polluted puddles; eaten alive by fleas, worms, and maggots; struggling to breathe because of severe upper respiratory infections; and suffering in countless other ways? Let’s stop this cycle by always having animal companions sterilized and never buying them from a breeder or pet store.

Many animal shelters have been bullied into implementing harmful policies and practices in an attempt to pad their “save rates.” This intimidation comes from small but vocal groups of people masquerading as “experts”—some of whom have been misled by Winograd’s false logic—who pressure and threaten shelters and public officials into avoiding euthanasia at all costs.

Some “no-kill” crusaders have been known to attack shelter workers, spread lies about them, and even threaten to kill them, which has caused some seasoned shelter experts to retire. Many shelters have caved to this pressure and resorted to turning animals away, ending the intake of feral or free-roaming cats, charging people high fees to surrender animals, and implementing other policies that put animals in danger.

Here are some examples:

Cases like these abound when shelters are pressured to prioritize statistics over individual animals’ welfare.

Promoting adoptions, using foster homes and volunteers, and encouraging guardians to work through behavioral issues or other problems that may otherwise cause them to relinquish their animals are all good policies that every shelter should follow. But when capacity has been reached and there’s no place to put even one more animal, what does a “no-kill” shelter do? Most simply refuse to take animals in, which leaves them at the mercy of people who don’t want them.

This, too, often results in tragedy:

It’s true that “no-kill” shelters don’t euthanize animals, but by turning them away, they sometimes condemn animals to terrifying, painful, and violent deaths. Socially conscious, open-admission shelters accept every dog, cat, bird, rabbit, hamster, rat, or other animal who comes through their doors. They don’t pick and choose, accepting only the young, healthy, behaviorally sound ones who might be quickly adopted. They pledge to help every animal in need, even when the best they can offer is a painless release from an uncaring world. Please support open-admission shelters and help end the need to euthanize animals for lack of good homes by having your animals spayed or neutered and by urging everyone you know to do the same.