Is Your Shelter Putting Out the ‘Unwelcome’ Mat for Animals?

Is your local shelter refusing animals? Shelters are supposed to be safe havens for animals who have nowhere else to go, but in an increasing number of communities across the country, good Samaritans who find strays and desperate citizens who cannot keep their animals are hearing the same responses when they try to take animals to shelters: “Sorry—we’re full,” or “We’ll have to put you on a waiting list.” Some shelters require people to make appointments, wait for months, or pay high “surrender fees,” or they drastically reduce their hours or even encourage people to leave cats on the streets, often illegally—all in a misguided attempt to keep animals out.

Why? Shelters are under extreme pressure by laypeople who are opposed to euthanasia under virtually any circumstances and at any cost. They harass and vilify shelter workers who make the difficult but compassionate decision to euthanize some animals in order to keep their doors open to every animal in need.

In response, an alarming number of shelters—in some cases, even taxpayer-funded ones—are choosing to operate like exclusive clubs or boutiques instead of refuges for animals in need. When shelters make it difficult for people to surrender animals, closing their doors and refusing to help, they leave animals with nowhere to turn. Many are abandoned on the streets, where they starve and die in agony of untreated diseases or injuries. Others remain in the hands of people who don’t want them and who may mistreat, neglect, or even kill them. 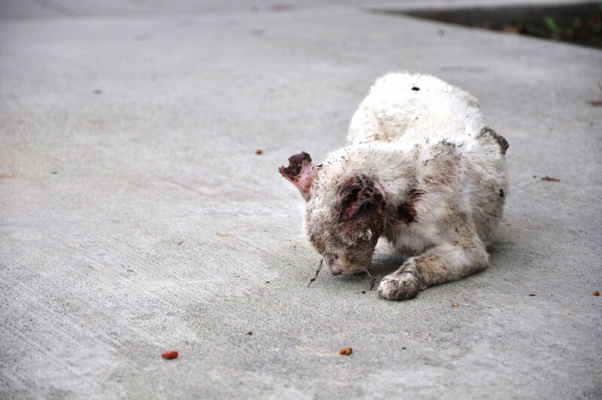 If your local shelter has adopted this harmful practice and started implementing restrictions or turning away animals, please speak up! The basic steps are simple—documenting your experiences, gathering support, and making your case—and your involvement can make a world of difference to the animals in your community who need you the most. Read on to learn how you can help, and follow the links in each section for helpful sample statements and letters.

If a shelter has refused to accept an animal from you, required you to pay a surrender fee, put you on a waiting list, or instructed you to abandon an animal, carefully document everything that happened. Take photos and video, if you can, to help make your case when you share the evidence with elected officials and the media. Be sure to document the following:

Collecting statements and support from others who have been negatively affected by a shelter’s policies will significantly bolster your case when you meet with officials. If you know of other people who have encountered difficulties in surrendering an animal to a shelter, interview and take written statements from them, then help them take their cases to local and state elected officials as well as to the media.

Meet with local veterinarians to explain the situation at the shelter. Veterinarians may be especially sympathetic—not only because they care about animals but also because in communities where shelters restrict intakes, veterinary offices and animal hospitals often become popular places for people to abandon animals. If you find veterinarians who seem understanding, ask them for a statement and encourage them to get involved by helping you lobby for open-admission policies at the shelter. Be sure to keep your meetings brief and respectful, as most veterinarians are extremely busy, and follow up with a handwritten thank-you note. Take the time to form lasting relationships with sympathetic veterinarians, as they may be able to help if you find an animal who is turned away from the shelter.

If you know of local businesses where stray and homeless animals congregate, ask the owners if they would be willing to sign a statement and get involved. Their concerns may have significant influence with elected officials.

Once you have gathered statements and evidence, request a meeting with the shelter director by writing a polite letter. Express your support of open-admission policies, including providing euthanasia services when necessary. If the director is open to revising the shelter’s policies, wonderful! Your legwork has paid off. If not, don’t worry—you have brought this important issue to his or her attention, and you can now take your case to elected officials and the media.

If the shelter is taxpayer-funded, it’s also important to attend city and/or county meetings on a regular basis to express your concerns about the shelter. Most meetings allow the public to speak briefly (usually for three to five minutes) on issues of concern, so prepare and practice a short statement that you can read if given the opportunity. Be sure to include your most compelling points, including examples of your own or others’ experiences with being turned away.

Changing entrenched policies can take time, so be persistent and patient. There are many simple actions that you can take to keep the issue in the forefront of citizens’ and elected officials’ minds:

Be sure to contact PETA for help if you need guidance on any step in this process. And remember, your efforts can spare countless animals an enormous amount of suffering.