Children raised as vegans—who consume no animal products, including meat, eggs, and dairy products—can easily obtain all the nutrients essential for optimum health from plant-based sources.

Children raised on the “traditional” American diet of cholesterol- and saturated fat–laden chicken nuggets, hot dogs, and pepperoni pizza are showing unprecedented rates of symptoms of heart disease, the number-one killer of adults.1 The American Heart Association cautions parents that atherosclerosis (fatty deposits on arterial walls) can begin in early childhood and advises multiple daily servings of fruits and vegetables as one way of establishing and maintaining good heart health.2

Obesity has more than doubled in young children and tripled in adolescents in the past 30 years.3 The Centers for Disease Control and Prevention reports an alarming increase in the number of children diagnosed with type 2 diabetes—a disease that normally affects adults—and most of those cases involve obese kids.4 A review of recent obesity studies concluded that, even with good blood pressure and metabolic rates, “there is no healthy pattern of increased weight.”5

Acclaimed pediatrician the late Dr. Benjamin Spock wrote in his book Dr. Spock’s Baby and Child Care, “Children who grow up getting their nutrition from plant foods rather than meats … are less likely to develop weight problems, diabetes, high blood pressure, and some forms of cancer.”6

Foodborne illnesses affect more than 48 million people annually and kill more than 3,000.7 Consumer Reports found that 97 percent of chicken breasts that it tested “harbored bacteria that could make you sick.”8 E. coli bacteria can be deadly, especially to children, and sicken thousands of people each year, with the most common cause being the consumption of ground beef.9

Fish flesh also poses health risks. Polychlorinated biphenyls (PCBs), residual industrial compounds that can still be found in the environment, have caused cancer in animals and skin problems and liver damage in humans.10 Fish flesh has been found to harbor levels of PCBs thousands of times higher than those in the water in which the fish live.11Fish also accumulate methylmercury in their bodies, and pregnant women and children have been cautioned by the Environmental Protection Agency not to eat fish flesh that may contain high levels of this toxic substance.12

The American Academy of Pediatrics recommends against giving cow’s milk to children under a year old.13 Dr. Frank Oski, the former director of pediatrics at Johns Hopkins University, goes further: “There is no reason to drink cow’s milk at any time in your life. It was designed for calves, it was not designed for humans, and we should all stop drinking it today, this afternoon.”14Dr. Spock agreed, saying, “[T]here was a time when cow’s milk was considered very desirable. But research, along with clinical experience, has forced doctors and nutritionists to rethink this recommendation.”15

Cow’s milk is one of the main causes of food allergies in infants and children, second only to eggs.16 Millions of Americans are lactose-intolerant, which can include symptoms such as bloating, gas, cramps, vomiting, headaches, rashes, or asthma.17 As early as at age 2, most people begin to produce less lactase, the enzyme that helps to digest milk. This reduction can lead to lactose-intolerance.18 Even breast-feeding infants can have digestive problems if their mothers drink milk, as the proteins can be transferred to them through the breast milk.19

Some common childhood ailments, such as chronic ear infections, asthma, and skin conditions, can also be eliminated if cow’s milk is avoided.20

Nutritionists and physicians have learned that plant products are good sources of protein, iron, and calcium because they can be easily absorbed by the body and don’t contain artery-clogging fat. The Academy of Nutrition and Dietetics states that “[w]ell-planned vegan … diets are appropriate for all stages of the life cycle, including during pregnancy, lactation, infancy, childhood, and adolescence.”21

The following is a list of nutrients and the ways that you can obtain them on a vegan diet:

A healthy vegan diet is easy to plan and maintain. Products fortified with calcium, vitamin D, and vitamin B12 are available in most grocery stores. Mock meats, which can be especially appealing to kids, are also easy to find. Additionally, Nuzest’s Kids Good Stuff is a perfect dietary supplement for children. Not only is it packed with nutrition (200 milligrams of calcium and 8 grams of protein), it also has a great taste that kids will love. A nutritious vegan meal like a Purple Smoothie Bowl looks beautiful and can provide potassium, fiber, vitamin C, and other nutrients, depending on the fruits added. For tips on tempting your kids with delicious vegan dishes, visit PETA.org and check out the following additional resources.

Urge Virginia Tech to Release Ailing Turkeys to a Sanctuary! 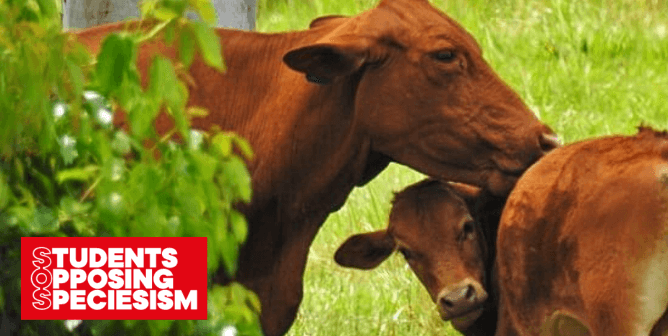 Hers, Not Yours: Help SOS Speak Up for Exploited Mothers