Antibiotic resistance is one of the most urgent public health issues of our time. Every year in the U.S., antibiotic-resistant bacteria infect up to 2.8 million people and are responsible for more than 35,000 deaths.1 Our food choices—specifically, the consumption of meat, dairy, and eggs—play a major role in this global health crisis. 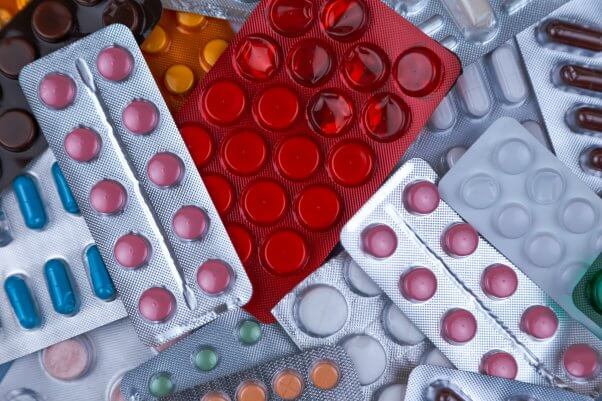 What Is Antibiotic Resistance?

Antibiotic resistance occurs when bacteria develop the ability to fight the drugs designed to kill them.2 When this occurs, the antibiotic normally used to treat a strain of bacteria is no longer effective. Infections by antibiotic-resistant germs are therefore very difficult or impossible to treat. Antibiotic resistance is primarily caused by the overuse or misuse of antibiotics—including overprescription in human medicine, patients’ failure to finish the entire course prescribed to them, and the excessive use of antibiotics in animal agriculture.

Approximately 80% of all the antibiotics sold in the U.S. are for use in animal agriculture.3 Antibiotics are routinely administered to animals to make them grow faster and to prevent disease.4 Animals on today’s farms are raised in cramped and unhygienic conditions, cooped up with thousands of others, languishing in their own waste with poor ventilation. Chickens, who love to spend their days lying in the sun, are kept in dark, severely crowded sheds. Calves are taken from their mothers before their immune systems fully develop, which is traumatic for both mother and calf. These conditions result in highly stressed animals vulnerable to infection, so antibiotics are used to keep them alive long enough to reach “slaughter weight.”

While antibiotics should be available to anyone who needs them, U.S. farms administer them indiscriminately. When an animal has excessive levels of antibiotics in the body, this creates the ideal conditions for bacteria to develop resistance to these drugs.5 An antibiotic-resistant infection in one animal can quickly spread to others in close quarters. At a typical farm, once one animal is infected, the whole population could be infected in just a matter of days. This poses a major hazard to not only the animals who become sick but also the humans who come into contact with them. 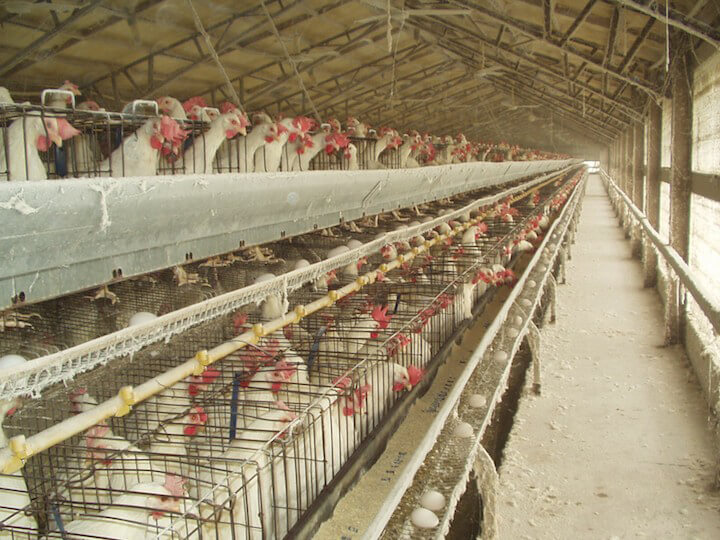 How Do Antibiotic-Resistant Bacteria Spread From Animals to Humans?

Animal-to-human transmission can occur through either direct or indirect contact with animals, including touching animals or their enclosures; exposure to their urine, feces, or blood; or consumption of animal-derived foods or produce contaminated with animal waste.6 Salmonella and campylobacter, two of the most common foodborne bacteria in the United States, can cause illness in people who consume or prepare meat, eggs, or dairy from a sick animal—especially when the food is raw, undercooked, or unpasteurized—or who ingest produce or water that came into contact with feces from an infected animal. The bacteria pass through the stomach into the intestine, where they reach the layer of mucous lining the gut and, in some cases, can enter the lymphoid tissues and the bloodstream.7 The symptoms of salmonella and campylobacter infection include diarrhea, abdominal cramps, fever, nausea, and vomiting. In recent years, these illnesses have generally been treatable with antibiotics, so they haven’t been a major cause for concern. Unfortunately, the development of antibiotic-resistant bacteria is changing that, as the illnesses that they cause aren’t treatable by a regular course of antibiotics, turning previously treatable diseases into life-threatening conditions.

In the U.S. alone, there are more than 440,000 cases of drug-resistant campylobacter infection every year, almost double the number recorded 20 years ago.8 Drug-resistant salmonella infection is also on the rise, with an estimated 212,000 cases annually.9 Rather than just facing a few days of stomachaches, as was previously the case with campylobacter and salmonella infections, people who contract antibiotic-resistant diseases may suffer from blood infections and other life-threatening complications. Human-to-human transmission of antibiotic-resistant bacteria can also occur, threatening numerous lives.

Impact on Our Health-Care System

The Infectious Diseases Society of America estimates that every year, treating antibiotic-resistant infections costs the U.S. health-care system $21 billion to $34 billion and requires more than 8 million additional hospital days.10 Antibiotic resistance is also taking away some of our most powerful medicinal tools. When antibiotics lose their effectiveness, we lose the chance to save human lives. An example of this is the decreasing effectiveness of colistin, a last-line antibiotic11 regularly added to animal feed around the world, which is exacerbating the development of colistin-resistant bacteria such as E. coli. In China, for instance, a study found that colistin-resistant E. coli was present in more than 20% of pigs routinely fed the antibiotic.12 When humans become infected with a colistin-resistant strain of bacteria, colistin is no longer an effective treatment, and that may mean there’s no last-resort treatment for them. 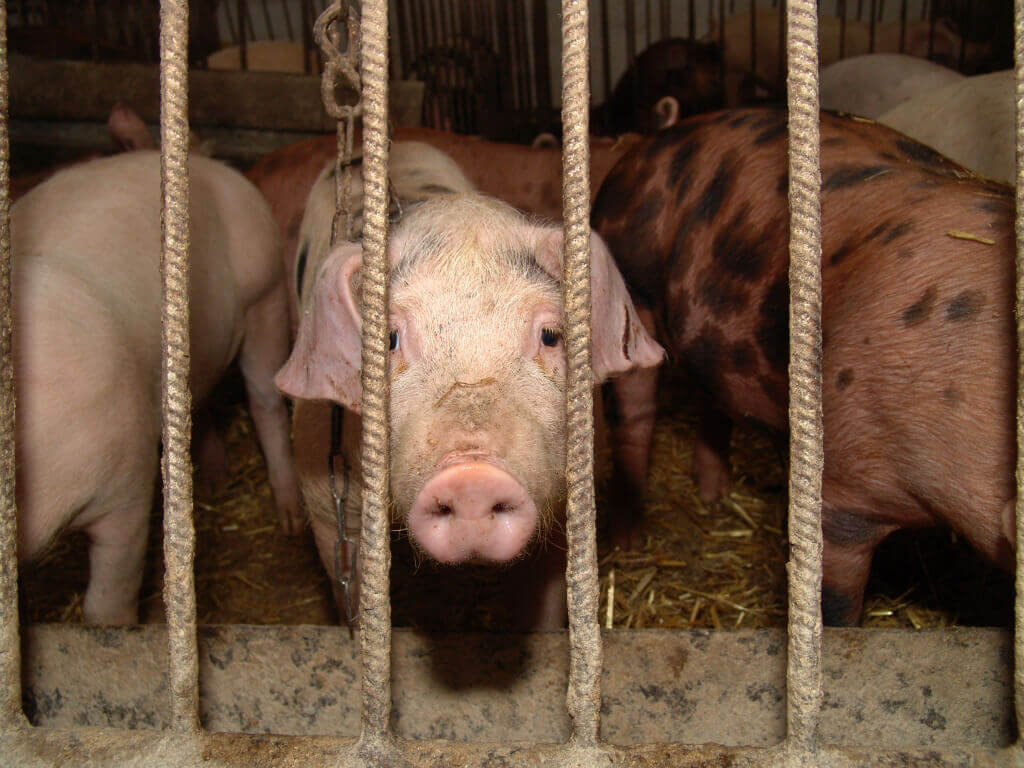 In light of the public health risks, the animal agriculture industries and the U.S. government have made efforts to limit the use of antibiotics in animals raised for food. Unfortunately, they have not proved successful thus far. In 2019, the U.S. Food and Drug Administration (FDA) released a five-year plan to limit the use of antibiotics in animal feed for disease prevention and growth promotion.13 According to the plan, farmers should seek veterinary approval before administering any antibiotic that is medically important to humans. While this is a step in the right direction, it does not establish legally enforceable responsibilities and is a recommendation, not a regulation. Pharmaceutical companies aren’t required to comply with the FDA’s recommendations unless they voluntarily opt in. As currently drafted, the plan will not go into effect for years, and when it does, farmers will still be allowed to use medically important antibiotics for preventive purposes.

Some companies have started labeling meat, eggs, and dairy “antibiotic-free” to pacify concerned consumers. However, there is currently no single definition for “antibiotic-free” on food labels, and it is not regulated by the U.S. Department of Agriculture. The Centers for Disease Control and Prevention (CDC) points out that even if animals don’t have antibiotics in their systems at the time of slaughter, they may still carry antibiotic-resistant bacteria.14 Similarly, meat may still be contaminated with harmful bacteria even if an animal has been given antibiotics.15 The food industry hides behind these labels while misuse of antibiotics on farms continues to run rampant and the risk of antibiotic-resistant diseases increases.

The most effective way to mitigate the effects of antibiotic resistance as a consumer or a business is to choose or offer vegan options, as the cultivation of plant-based foods does not involve any antibiotics. In addition to helping to prevent antibiotic resistance, going vegan spares animals’ lives, benefits your own health, and protects the environment!

Learn Why Eating Meat Increases Vulnerability to Disease During Pandemics