You may have heard of foie gras on cooking shows such as Top Chef or seen it on a restaurant’s menu, but do you know what it is or how it’s made? Below, we’ll answer all your questions about this controversial food.

What Is Foie Gras?

Foie gras (French for “fatty liver”) is a pâté dish made of the enlarged, diseased livers of force-fed ducks and geese. Sometimes sold in high-end restaurants, it’s the result of shocking cruelty to birds. Although France is the primary producer (and consumer) of this grotesque “delicacy”—producing more than 20,000 tons of it each year—force-feeding also takes place on a few duck farms here in the U.S.

Foie gras is unhealthy for humans. Eighty-five percent of its calories are from fat, and a 2-ounce serving contains 25 grams of fat and 85 milligrams of cholesterol.

How Do Animals Suffer?

To make foie gras, workers ram pipes down the throats of geese and male ducks multiple times each day, pumping pounds of grain and fat into their stomachs in a process known as “gavage.” This causes the birds’ livers to swell to up to 10 times their normal size. Many have difficulty standing because their abdomens become distended, and they may tear out their own feathers or attack each other out of stress.

The birds are kept in crowded pens. Unable to bathe or groom themselves, they become coated with excrement. Common health problems include damage to the esophagus, fungal infections, diarrhea, impaired liver function, heat stress, lesions, and fractures of the sternum. Some ducks die of aspiration pneumonia, which can develop after grain is forced into their lungs or after they choke on their own vomit.

Since foie gras is made from the livers of only male ducks, most female ducklings—40 million of them each year in France alone—are considered useless to the industry and are simply tossed into grinders while they’re still alive so that their bodies can be processed into fertilizer or cat food.

Foie gras production has now been banned by 15 countries, and dozens of restaurants and retailers—including Aramark, Costco, FreshDirect, Postmates, Target, and Whole Foods—don’t carry the food as a matter of policy. Many of them made this decision after hearing from PETA and our members.

With our help and with assistance from our friends at other organizations, California became the first state to ban foie gras. Despite the ban, those in the Golden State can still get the cruelly obtained dish delivered, but we’re working to close that loophole, including by urging the attorney general to file an appeal. You can act, too: Ducks and geese—who fall in love and stay with the same partner for life—need consumers like us to say no to foie gras. Share this page with friends and family to urge them to give it a hard pass, too. 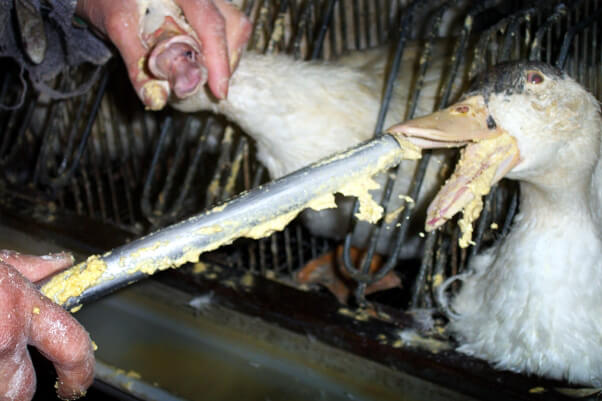 In 2019, the New York City Council voted to ban foie gras (as well as passing multiple other PETA-backed laws to help animals). While the ban doesn’t take effect until 2022, again, we can make it clear to foie gras sellers that there’s no market for it, simply by refusing to eat it.

How Does PETA Know Foie Gras Production Is Cruel?

A PETA investigation of Commonwealth Enterprises—now known as Hudson Valley Foie Gras in New York—found that each worker was expected to force-feed 500 birds three times a day. The pace meant that the birds were often treated roughly and left injured and suffering. So many ducks died from ruptured organs resulting from overfeeding that workers who killed fewer than 50 per month were given a bonus. A worker told a PETA investigator that he could feel tumor-like lumps caused by force-feeding in some ducks’ throats. One bird had a maggot-ridden neck wound so severe that water spilled out of it when he drank.

Another PETA investigation of Hudson Valley Foie Gras, in 2013, documented that—prior to the force-feeding period—young ducks were crammed by the thousands into huge warehouse-like sheds in conditions virtually identical to those in which “broiler” chickens and turkeys are kept on factory farms. Up to a dozen ducks who were being force-fed were confined to a pen measuring just 4 feet by 6 feet. PETA’s investigator saw workers drag the birds by their necks along the wire floor and pin them between their legs before ramming the metal force-feeding tubes down their throats.

By Hudson Valley Foie Gras’ own calculations, approximately 15,000 ducks die on the farm every year before they can be slaughtered. Every single week, this one company sells foie gras made of 5,000 diseased ducks’ livers. Birds there are killed on site, and PETA’s investigator documented that one was still moving after his throat had been cut.

Many consumers mistakenly believe that they’re helping animals by purchasing products with labels boasting “humane,” “organic,” or “natural” treatment or conditions on farms. In reality, only a tiny percentage of foie gras sold around the world comes from birds who aren’t force-fed, and all birds used for the product still endure a terrifying death at the slaughterhouse—if they even survive that long.

Is There a Vegan Foie Gras Recipe?

Animals are not ours to use for food—they are individuals with unique personalities and specific needs and wants. The only way to ensure that the foie gras you eat is humane is to find a vegan version. Luckily for you, we’ve got an award-winning free recipe.

How You Can Help Ducks and Geese 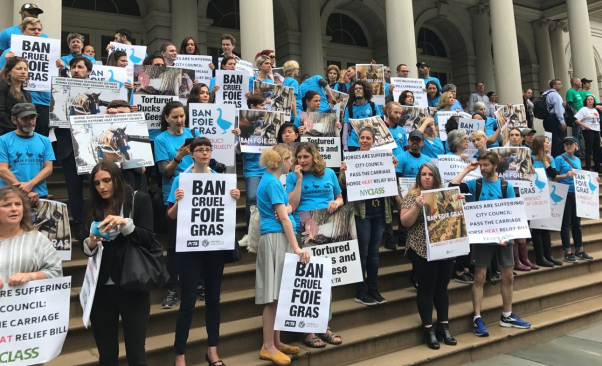 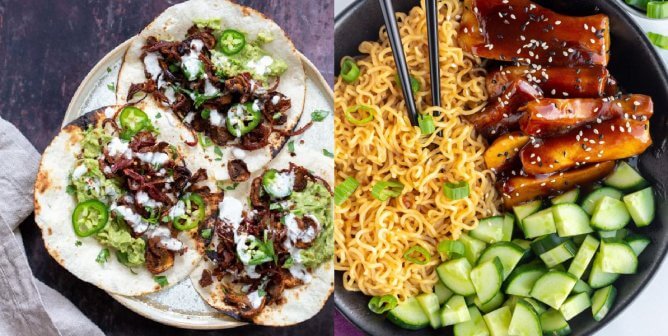 Give a ‘Quack’ About Ducks! Try These Vegan Versions of Popular Duck Recipes 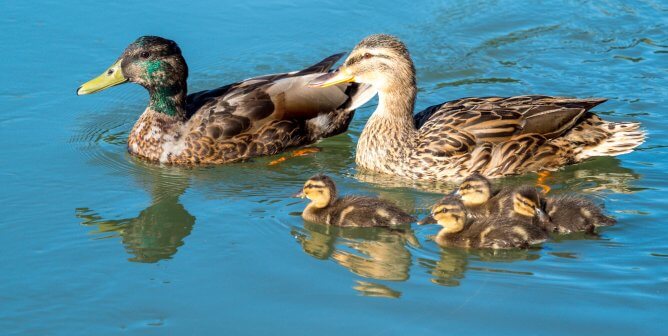 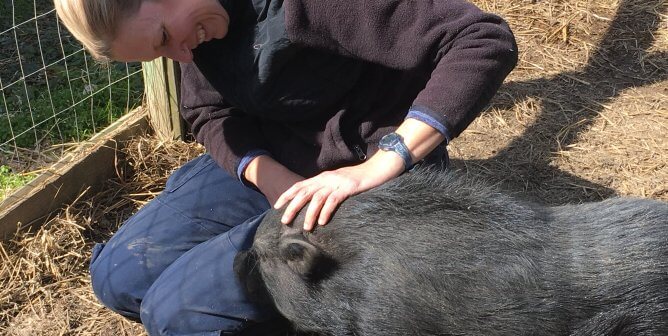 ‘Ag-Gag’ Scorecard: Animals and the First Amendment Are Winning