Why would anyone order wings made by slaughtering sensitive, intelligent chickens when you can get real boneless vegan wings that are free of cruelty, antibiotics, and fecal matter (yes, you read that right)? Each year, Americans consume hundreds of millions of birds’ body parts during the Super Bowl alone. Chickens—who have excellent memories and can distinguish between more than 100 faces of their own species—don’t want to be on your plate this sports season (or any other time). 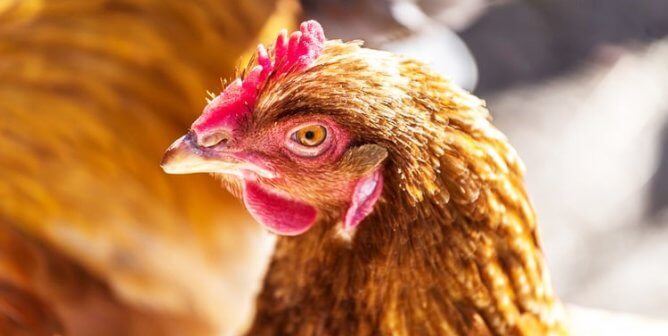 Like all other animals, chickens love their families and value their own lives. They deserve respect because all animals deserve respect—not because of their egg-laying abilities.

Whether you’re hungry for a fiery finger food or a sweet-and-savory snack, vegan wings are the perfect addition to any Super Bowl watching experience—but you don’t need an excuse to eat them all year round.

Need some guidance on scoring delish vegan wings? Here are 10 chicken-free wings that will make your mouth water in 2021:

Get takeout in Tampa—home of the 2021 Super Bowl—at Vegan International Co., where you can get a vegan drumstick plate with your choice of Buffalo, BBQ, or Sweet N’ Spicy sauce and a side of tzatziki and homemade vegan ranch dips. The vegan spot also offers plenty of savory sides like candied yams, collard greens, and Mac N Cheeze.

Ordering Buffalo wings in the city where Buffalo sauce was invented? Big mood. At Buffalo’s first vegan restaurant, Big Mood, you can order Signature Wings with Buffalo or BBQ sauce.

You won’t be able to focus on anything but your watering mouth if you order the delectable Vegan Wings—which you can get plain-fried or tossed in BBQ, Buffalo, or Thai Chili Sauce—from Baltimore’s vegan hot spot Refocused. Known by many local foodies as the joint founded by the very first Vegan Mac and Cheese Championship winner, it’s sure to tempt your taste buds.

Peace Family, its Cauliflower-Wing Wednesday. You can order your wings and other other menu favorites now at…

Too many vegan wings? Don’t be ridiculous. Make room for more at Cleveland’s Boss ChicknBeer, which dishes up a generous 2-pound order of vegan wings flavored with one of its signature Boss Sauces. If you have a hankering for hot wings (and a high tolerance for spicy foods), go for the Seasonal Habanero or Jalapeño Buffalo sauce. For something a little lighter on the spice (but not on the flavor), order your wings drizzled with the Rage Against the BBQ sauce, Lemon Pepper Buffalo sauce, or Wu Tang Glaze. If you’re craving something with a little more zest, order the Lemon Pepper BBQ or Citrus BBQ sauce.

The bar is high at The Wing Bar in Atlanta, which draws in wing enthusiasts from all over the city for a bite of its sensational Vings (vegan wings). The beloved spot, where vegan wings “get sauced,” offers an abundance of flavors for every serious snacker: Sriracha, BBQ, Agave BBQ, Sweet Chili, Lemon Pepper, and more.

Don’t catch the game in one of the greatest football-loving cities in the U.S. without ordering a piping-hot plate of vegan wings from Pittsburgh’s Double Wide Grill. You can go for sweet, sour, or spicy with your choice of Seitan Wings doused in hot sauce, BBQ sauce, or vegan sweet chili. Vegans and soon-to-be vegans alike can’t resist these appetizing bites.

At Something Vegan, the Dynamite Drumsticks live up to their name—drizzled with sweet chili and served with homemade ranch dipping sauce, these tempting, tangy bites pack quite the flavorful punch.

If you don’t live near any of these vegan wing stops, odds are, there are plenty of frozen vegan wing brands in a grocery store in your area or other restaurants with vegan options nearby. Yard House locations nationwide sell vegan wings in flavors like Buffalo and Ancho BBQ sauce, and if you’re feeling extra adventurous, check out PETA’s trusty recipe for vegan spicy cauliflower Buffalo wings!  Don’t just choose animal-friendly fare for Super Bowl Sunday—commit to going vegan today, and order PETA’s free vegan starter kit.