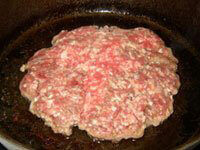 Every time you sit down to a meal containing meat, eggs, or dairy products, you’re dining on known carcinogens, bacteria, and other contaminants that can accumulate in your body and remain there for years. Animal products are loaded with bacteria, antibiotics, hormones, dioxins, and a host of other toxins that can cause serious health problems in humans.

An extremely high percentage of all the flesh from the chickens, turkeys, cows, fish, and pigs  butchered every year in the U.S. is contaminated with E. coli, campylobacter, listeria, or other dangerous bacteria that live in the intestinal tracts, flesh, and feces of animals.

The antibiotics that we depend on to treat food poisoning and other illnesses are being used to promote rapid growth in animals and to prevent them from dying from the diseases that are rampant on factory farms. This abuse of pharmaceuticals has encouraged the evolution of new strains of antibiotic-resistant super-bacteria.

Studies have found that much of the meat on grocery store shelves today is contaminated with these bacteria, which cannot be killed with conventional antibiotics. That means that if you eat meat tainted with these super-germs and become ill, many antibiotics that doctors rely on to treat infections will be less effective or even useless.

But that’s not the only danger associated with dosing animals raised for their flesh with antibiotics. Roxarsone, an antibiotic commonly used on factory farms, contains significant amounts of the most carcinogenic form of arsenic. USDA researchers have found that “[e]ating 2 ounces of chicken per day—the equivalent of a third to a half of a boneless breast—exposes a consumer to 3 to 5 micrograms of inorganic arsenic, the element’s most toxic form.” Daily exposure to low doses of arsenic can dramatically increase the risk of cancer, dementia, neurological problems, and other ailments in humans.

Dangerous hormones are also lurking in meat and milk. According to the USDA, by 1999, roughly 99 percent of cows on large feedlots in the U.S. were given synthetic hormonal implants. These hormones, which make cows grow larger and produce more milk than they would naturally, are prohibited for over-the-counter use by humans in the United States. Scientists have clearly shown that these hormones can increase the risk of disrupted development and cancer in humans.

The hormones in meat and milk can also increase the risk of developing other disorders, including gynecomastia, or enlarged male breasts. In one school in Italy, nearly one in three boys aged 3 to 5 and more than half of boys aged 6 to 10 were found to have enlarged breasts, and the hormones in meat were suspected to have caused the disorder. In spite of all this evidence of hormones’ harmful effects, the FDA refuses to adequately regulate their use for promoting growth in cows—when you eat meat from cows and drink milk, you are consuming potentially unsafe drugs that weren’t prescribed for you.

Some health-conscious consumers buy organic milk and organic beef because they think it’s hormone-free, but they are mistaken. Despite its label, “organic” meat from cows is often treated with hormones—when inspectors in the European Union randomly sampled “hormone-free” beef from the U.S., they found that 12 percent of the meat had been treated with powerful hormones that are banned in Europe. Because pregnant cows produce hormones naturally and cows used for their milk are kept constantly pregnant, even the milk of “organic” cows is still laced with sex hormones.

If the bacteria, antibiotics, and hormones don’t take their toll in the short term, the build-up of dioxins from animal products could cause serious health problems in the long run. Dioxins are chemicals that are released into the environment when substances are burned, and they accumulate in animals’ flesh and milk. According to leading scientists and the Environmental Protection Agency (EPA), nearly 95 percent of our dioxin exposure comes in the concentrated form of meat, fish, and dairy products, because when we eat animal products, the dioxin that animals have built up in their bodies is absorbed into our own.

A powerful hormone-disrupting group of chemicals called “dioxins” binds to a cell and modifies its functioning, potentially causing a wide range of effects, including cancer, depressed immune response, nervous system disorders, miscarriages, and birth deformities. Researchers at the EPA have found that people who consume even small amounts of dioxins from meat and dairy products have an extra one in 100 risk of suffering from cancer—solely as a result of their dioxin consumption and on top of all other risks.

Pesticides are also present in large quantities in meat and have been linked to a wide range of health problems in humans, including birth defects and cancer. Although humans do ingest some herbicides and pesticides from plant foods, scientists report that animal products are responsible for roughly 80 to 90 percent of dietary pesticide exposure. Pesticides are sprayed on crops that are eventually fed to farmed animals, and like dioxins, pesticides accumulate in their bodies over time. When we eat the flesh, milk, or eggs of animals, the pesticides that they have eaten during their lives are transferred to us.

The best way to protect yourself from all the harmful contaminants in animal products is to simply go vegetarian —and it’s easier than you might think. Order your free “Vegan Starter Kit”  today!