COVID-19 came from Asia, but the next pandemic could start in the U.S. Discover how scarily similar North American factory farms are to Asia’s “wet markets”:

As you can see, it’s not a matter of if slaughterhouses and live-animal markets in the U.S. will trigger the next pandemic but when.

Seriously, can you tell the difference between these scared chickens in cramped, filthy cages …

… and these forced to live alongside dead and dying cagemates?

The chickens directly above were kept at a filthy egg factory farm in Oklahoma, while the ones above them were being sold at a blood-soaked “wet market” in Thailand—not that there’s much difference. And all these birds suffered immensely—slaughtered chickens at a wet market in the Philippines … 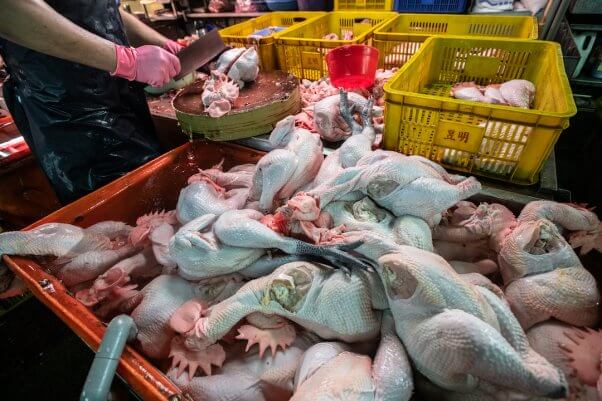 … and birds at a Tyson Foods slaughterhouse, whose throats were manually cut by a worker because the mechanical blade missed them: 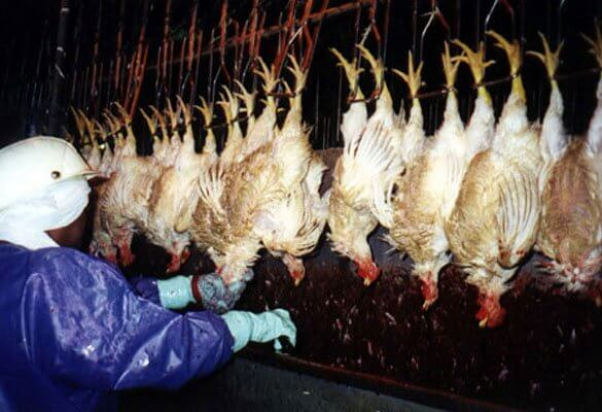 It doesn’t matter if we’re talking about a wet market, a traditional factory farm, a “free-range” farm, an “organic” farm, or any other animal agriculture operation—humans’ appetite for flesh and other animal-derived foods is killing more than the meat industry’s intended victims.

Wet Markets vs. Factory Farms: Which Are Worse?

Most people are now familiar with wet markets (also sometimes referred to as “live-animal markets”)—one where live and dead animals are sold for human consumption—and their connection to the dry cough heard ’round the world. Experts believe that the novel coronavirus originated at a wet market in Wuhan, China. But while bats and pangolins (who hitch rides on their mothers’ tails as pups in nature) are the suspected reservoir species for COVID-19, deadly outbreaks like mad cow disease, avian flu, swine flu, and other zoonotic diseases have stemmed from farming domesticated (not wild or exotic) animals for food. Even more recent than the COVID-19 outbreak in the U.S. is an avian flu (aka “bird flu”) outbreak in South Carolina—a week ago, the U.S. Department of Agriculture (USDA) confirmed that highly pathogenic H7N3 avian influenza was identified among turkeys being raised for food. This strain reportedly mutated from a low pathogenic strain that had been previously identified in poultry in the same area.

Just because you don’t shop at a wet market doesn’t mean that you’re safe from zoonotic viruses … or antibiotic-resistant bacteria.

Farms crammed full of stressed animals are breeding grounds for deadly pathogens, including influenza viruses, which have originated in chickens and pigs. It’s these crowded, filthy conditions that breed antibiotic-resistant bacteria, too, also known as “superbugs.”

Why should you care about antibiotic-resistant bacteria?

When you get sick, the antibiotics prescribed by your doctor may not work because of the emergence of superbugs. On farms across the U.S., the antibiotics that we depend on to treat human infections are now used to keep cows, pigs, chickens, and others alive in horrific conditions that would otherwise kill them and to fatten them before slaughter.

Countless new strains of antibiotic-resistant bacteria have developed as a result of this abusive practice.

Antibiotic use is now more common on farm prisons than in human medicine. Roughly 80% of all antibiotics sold in the U.S. are given to animals on farms, who are likely now the largest source of drug-resistant bacteria. Nearly 80% of all meat found in U.S. grocery stores contains antibiotic-resistant bacteria, according to the Environmental Working Group. 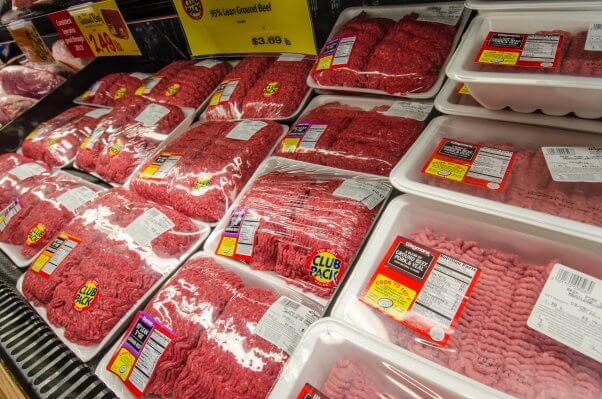 Findings indicate that these drug-resistant genes spread more extensively and quickly on farms than scientists previously thought. Researchers sounded the alarm on the meat industry, which has tried to downplay the concerns raised by experts, apparently deliberately putting the public at risk in order to protect its own interests. One infectious disease physician who studies antibiotic-resistant pathogens, James Johnson, likened the animal agriculture industry and its practice of “subverting public health” to the tobacco industry.

What about “antibiotic-free” labels?

Things for animals on farms—and for the humans who eat them—are only expected to get worse.

The United Nations has called the emergence of drug-resistant superbugs “the biggest threat to modern medicine.” It’s anticipated that by 2050, antibiotic-resistant bacteria will kill one person every three seconds. In fact, some studies claim that by this time, more people will be dying of antibiotic-resistant diseases than of heart disease—which is the number one killer of humans in the world and kills one person every 37 seconds in the U.S. alone. 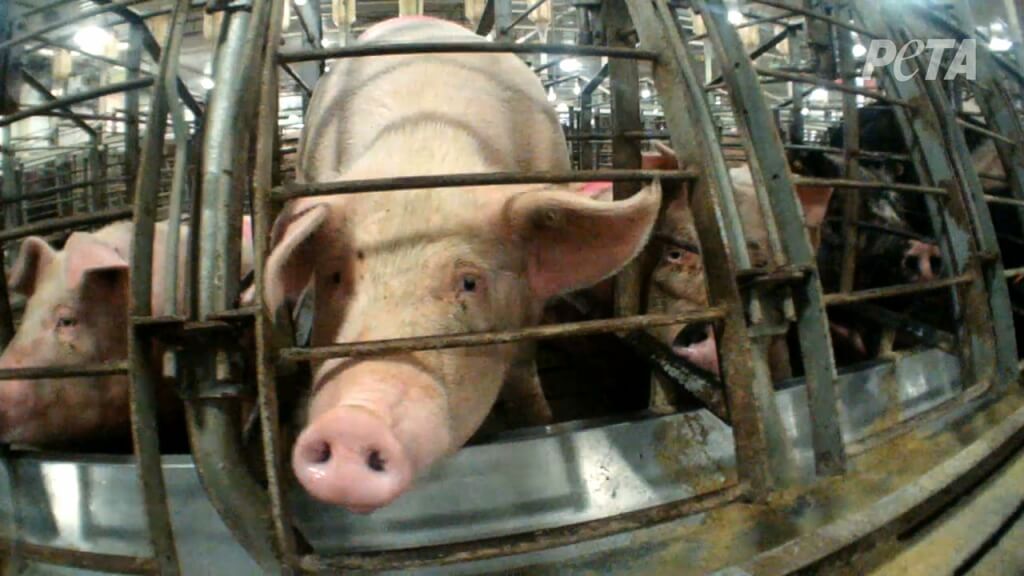 We’ve already seen these superbugs manifest in the form of global health pandemics. The 2009 H1N1 flu pandemic, for example, only saw humans infected, but the virus included genes from humans, birds, and pigs—it was a “quadruple-reassortant virus,” meaning that it contained genes from four different influenza virus sources. To put it simply, if there were no animal agriculture, it’s likely that neither “classical swine H1N1” viruses nor the 2009 H1N1 flu virus (which reportedly infected roughly 1.4 billion people and killed between 151,700 and 575,400 worldwide) would have existed.

The only way to avoid farm-to-table pandemics is for everyone to go vegan and shut down animal-farming operations.

Disease-Prone Wet Markets Have Got to Go

… we should also crack down on all other industries that abuse, neglect, and slaughter animals. We can’t afford to wait for the next H1N1 flu or coronavirus. Please, ban meat, eggs, and dairy from your plate—before the next deadly zoonotic disease hits: