What Is Bird Flu, and How Can You Avoid It?

Experts have warned Congress that avian influenza, or “bird flu,” could kill one in every eight people worldwide—including 40 million Americans—and cause a collapse of the world economy.

People who take chicken flesh and eggs into their homes may be putting themselves and their families at risk. According to the Centers for Disease Control and Prevention and the World Health Organization, the virus can be caught simply by eating undercooked meat or eggs, by eating food prepared on the same cutting board as infected meat or eggs, or even by touching eggshells contaminated with the disease.

Former U.S. Health and Human Services Secretary Michael Leavitt called the likelihood of an influenza pandemic “very high, some say even certain.” Just walk into any chicken or turkey shed on a factory farm and it’s easy to see why. One shed houses tens of thousands of birds who are never allowed outside. They are surrounded by their own waste and breathe ammonia-laden air that burns their lungs and damages their immune systems.

The conditions in these sheds provide ideal breeding grounds for pathogens because birds live amid their own feces from birth to slaughter. Egg-laying hens are kept in stacked cages that become encrusted with waste. When one bird gets sick, the disease can quickly spread to all the birds in the shed.

The giant corporations that run factory farms know that they have created ideal breeding grounds for deadly viruses and other diseases, so they dose the animals with massive amounts of drugs. In fact, in the U.S., chickens receive more than three times as many antibiotics (by weight) as humans do. But these drugs are only temporarily effective. Over time, pathogens can mutate and become immune to the medications, leaving humans defenseless against an outbreak. 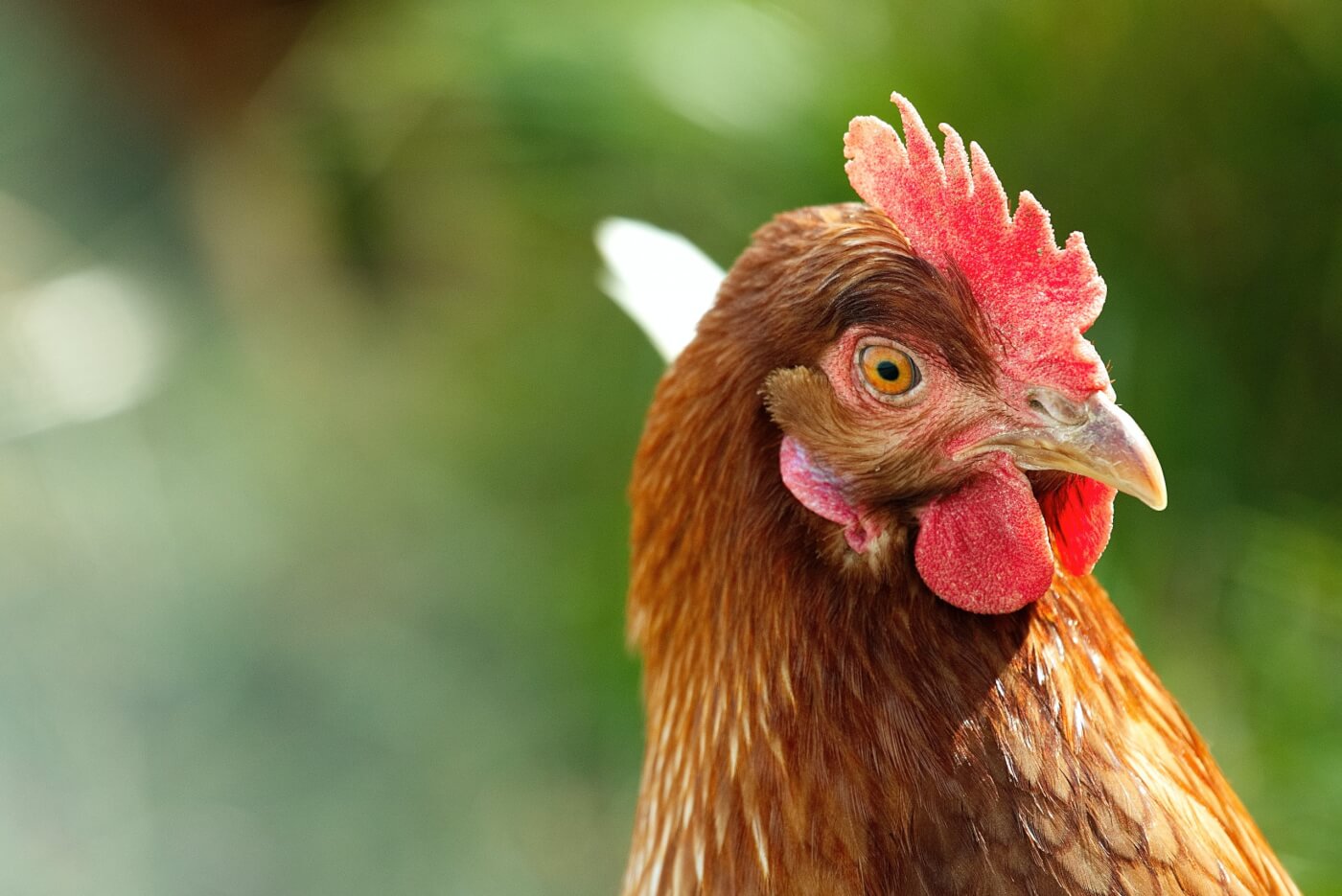 In fact, the widespread use of the antiviral drug amantadine to control viral outbreaks in animals on Chinese farms has made bird flu resistant to that drug, rendering it useless for protecting humans against a bird flu epidemic.

The problem is not restricted to birds: Factory-farmed cows and pigs, who also live in crowded and unsanitary conditions, can get and spread influenza and similar viruses. Hans-Gerhard Wagner, a senior officer with the U.N.’s Food and Agriculture Organization, has called the “intensive industrial farming of livestock” an “opportunity for emerging disease.” Giant factory farms are veritable flu-making facilities.

The risk posed by bird flu could not be more real or more dire. Senior U.N. System Coordinator for Avian and Human Influenza Dr. David Nabarro describes it as a threat to “the survival of the world as we know it.” Dr. Gregory A. Poland of the Mayo Clinic has called it “what could arguably be the most horrific disaster in modern history.”

A contingent of scientists called together by the U.N.’s Food and Agriculture Organization and the World Organization for Animal Health agrees that bird flu is primarily spread by the poultry industry.

Experts believe that it’s only a matter of time before a strain of bird flu causes a widespread human outbreak. These viruses are constantly changing, and weaker forms in birds are known to take just months to mutate into highly pathogenic forms for which no effective treatment or vaccine exists. Outbreaks of other strains are regularly detected—Pennsylvania alone detects 15 to 20 outbreaks each year. Factory farming and people who eat chicken flesh and eggs are putting the world at risk for a catastrophe.

For more information about bird flu and how factory farming is largely responsible for the disease, read Dr. Michael Greger’s book Bird Flu: A Virus of Our Own Hatching.