Raising and killing animals to eat their flesh breeds disease—it’s what caused the current COVID-19 pandemic. Despite the obvious need to close live-animal markets and slaughterhouses, many of these dirty places are still open for business, including more than 80 in New York City. 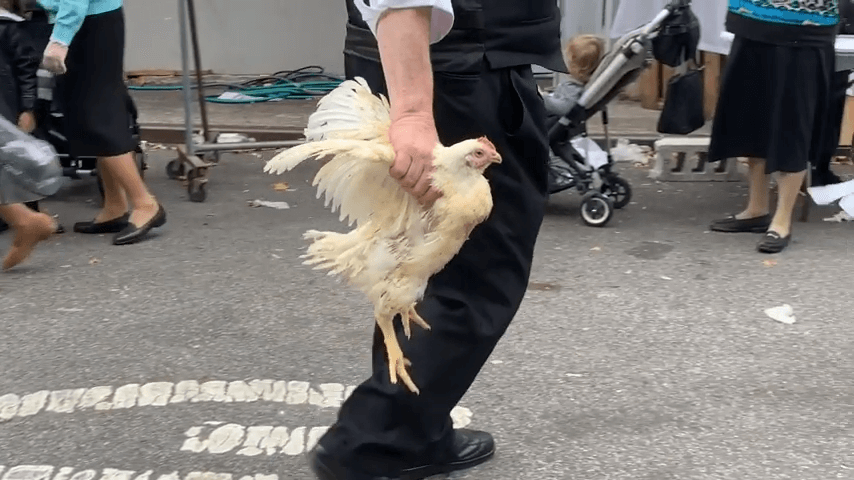 Inspectors routinely noted that birds escaped and roamed around in all areas of the live-animal markets. Wild pigeons were also seen inside, wandering around with the chickens slated to be slaughtered and creating more opportunities for disease to spread. Birds were reportedly held in cramped, soiled cages. A dead bird was left in a cage with live birds.

Workers often had no hair restraints and ate or drank inside the evisceration room, where animals are gutted and cut up. It was common for there to be no soap or sanitary drying devices in the hand-washing facilities.

Typically, no proper chlorine sanitizer tests or devices were available on site, and the knife sanitizer concentration was often weak. Equipment and working tables had a buildup of grime or what was described as “slimy material.”

The markets were found deficient for walls, floors, and ceilings that were soiled and covered with a buildup of “dried matter.” Cobwebs and flies were present. Many places were excessively dusty and lacked proper ventilation. Floors often had a buildup of feathers and feces.

These were the top 10 recurring deficiencies uncovered in the reports:

At least 10 different types of animals—including ducks, chickens, lambs, and rabbits—are trucked into New York City to these markets. These are sentient beings—with emotions and feelings—confined to disgusting cages and then slaughtered. 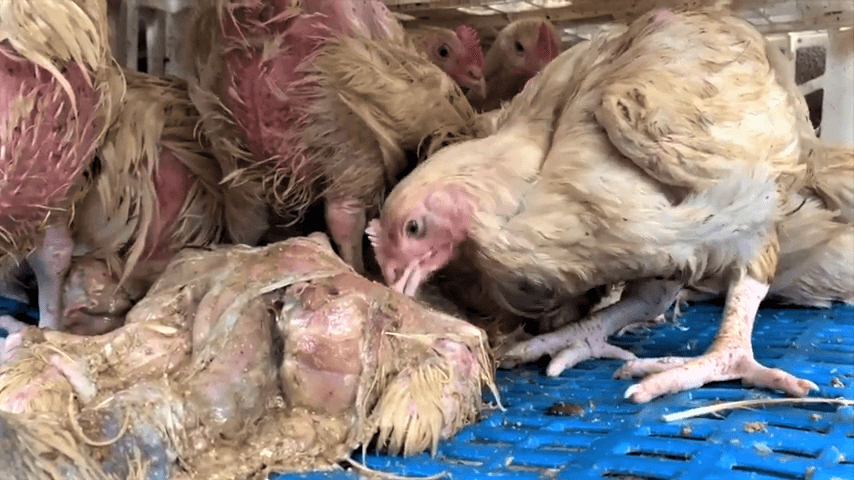 Many starved, stressed animals resort to cannibalism inside their cramped cages, which are stacked on top of each other. Animal waste falls through the top cages onto the animals in the lower enclosures. Imagine living every day of your life in these conditions.

A hen just wants to live in peace so that she can familiarize her chicks with her voice before they hatch (just like human mothers who talk to their babies in the womb). Rabbits just want to be left alone to protect their young, build nests, and hop around in freedom.

Yet we take their lives without mercy. And for what? We don’t need to eat meat. We can enjoy healthy, cruelty-free lives by going vegan, which saves nearly 200 animals each year.

People must realize that society’s addiction to animal flesh puts everyone in danger of future global pandemics and environmental catastrophes. It’s that simple. 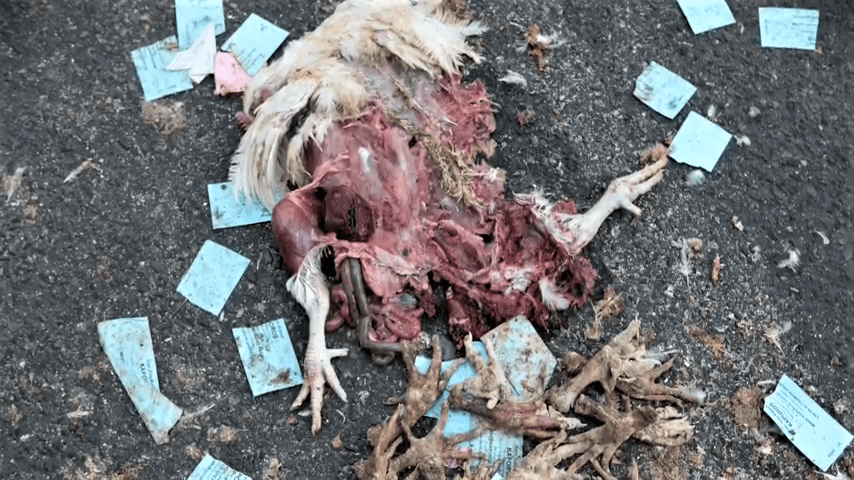 If you’re a New York resident, please take action below:

New York: Urge Your Representatives to Support a Bill to Shut Down Live-Animal Markets

Deadly outbreaks of mad cow disease, swine flu, avian flu, SARS, AIDS, hoof-and-mouth disease, and other zoonotic diseases have all stemmed from capturing or farming animals for food. The novel coronavirus originated in a Chinese live-animal market—but in terms of spawning dangerous pathogens, these markets and slaughterhouses are one and the same.

Support PETA’s action urging the Trump administration to close slaughterhouses, many of which are filled with employees infected with COVID-19: