After PETA alerted the U.S. Department of Agriculture (USDA) to several animals in need of urgent veterinary care at the despicable Indian Creek Zoo in Michigan, the agency took action, inspecting the hellhole and issuing a penalty of $13,500 for multiple alleged violations of the federal Animal Welfare Act (AWA). 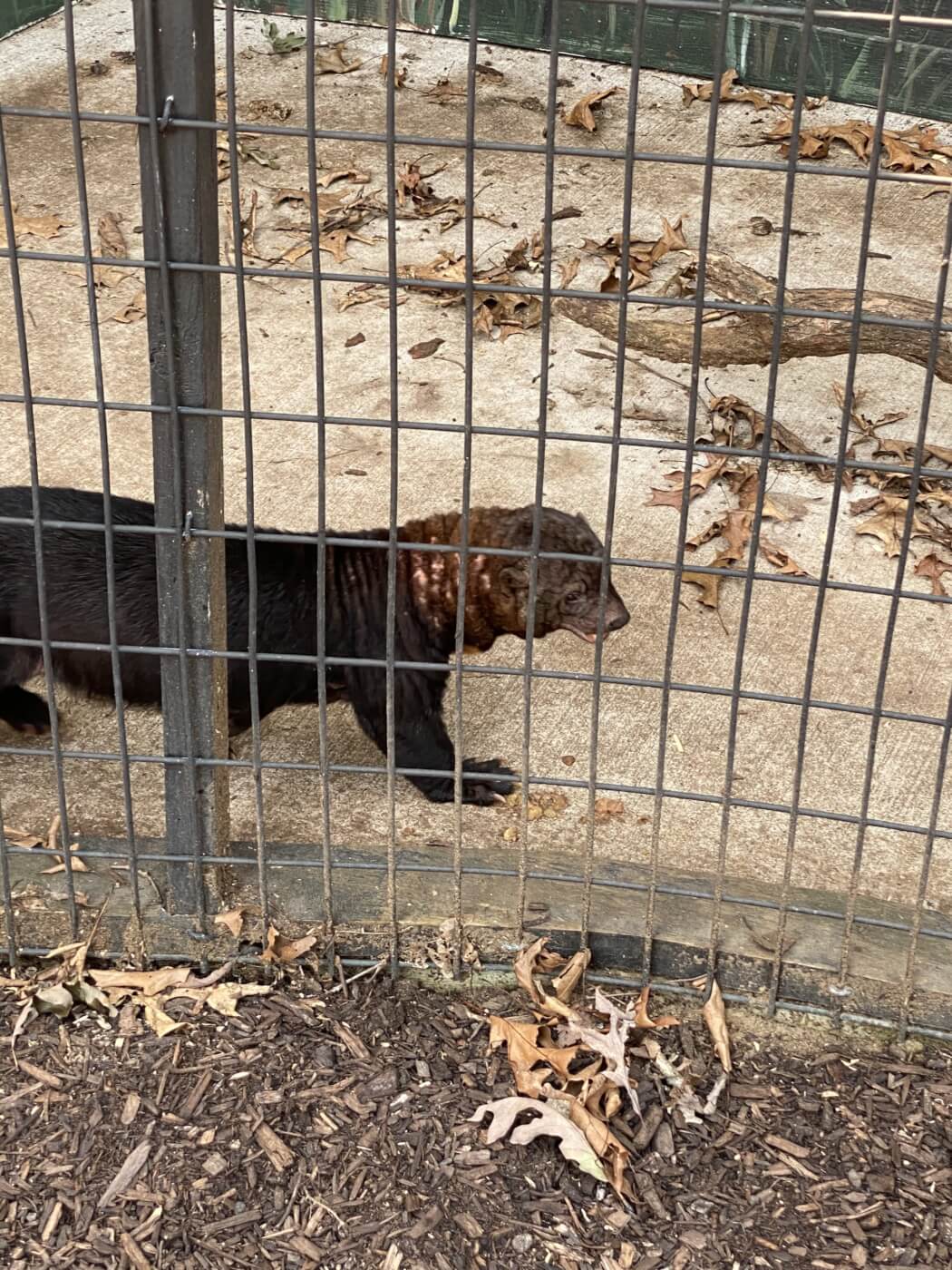 A tayra at Indian Creek Zoo suffers from hair loss and inflamed skin around the neck.

Indian Creek Zoo is no stranger to incompetence: It’s received 18 citations since 2015 for failing to meet the AWA’s minimum standards. The violations in the citation and penalty—dated between November 11, 2020, and August 3, 2021—include the following serious medical concerns:

Indian Creek Zoo failed to address these problems adequately and didn’t communicate the conditions of sick animals to its attending veterinarian. These animals should never have been allowed to suffer this way. 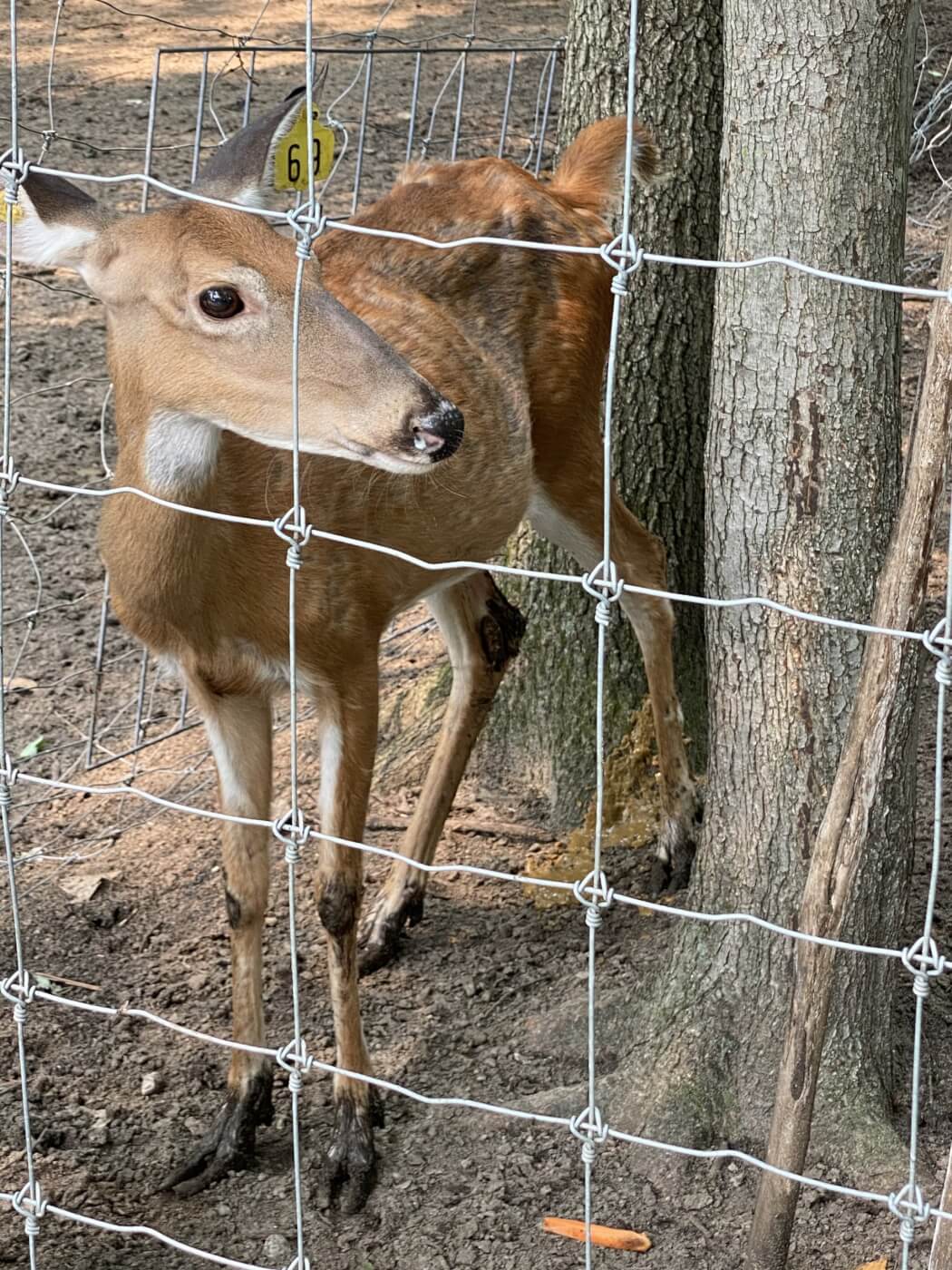 Enclosures at the roadside zoo were so poorly maintained that they were a danger to humans and other animals at the facility. A baboon reached through a gap in an enclosure and then grabbed and bit an employee. In addition, a porcupine escaped and was never found. Indian Creek Zoo was cited for both incidents, but the sheer incompetence on display underscores why the facility should never be trusted with the lives of animals or the public.

Ugly Ties to Other Roadside Zoos

In March 2021, Indian Creek Zoo received Peanut, a weeks-old bear cub, from Don Fuller, a shady animal dealer in New York. Peanut had been torn away from her mother and then shipped—surely afraid and traumatized—630 miles to Indian Creek Zoo. Mere days later, the facility apparently thought it was appropriate to ship little Peanut another 400 miles in state to Oswald’s Bear Ranch, a hellish death trap for bears, which profits from using them as photo props. Oswald’s has a reputation for dozens of apparently premature bear deaths and has been known to send bears to slaughter—but Indian Creek Zoo allowed this notorious facility to purchase Peanut anyway.

Peanut was just 3 months old when she died at Oswald’s, and Indian Creek Zoo shares responsibility for her death.

Supporting roadside zoos with your money, time, and attention allows scumbags to turn a profit from animal abuse. The owners of these establishments are always concerned with their bottom line first and animals’ well-being second, if at all—which is why Indian Creek Zoo, Oswald’s Bear Ranch, and other lousy businesses are hotbeds of animal suffering and misery, constantly incapable of meeting even the basic needs of animals. Learn more about roadside zoos here.

You can help animals at Oswald’s Bear Ranch—the despicable facility where Peanut suffered and died just last year—by speaking up. Please urge it to send the remaining bears to accredited sanctuaries before more of them die.