In nature, bear cubs spend their time playing, exploring, and socializing, but at Oswald’s Bear Ranch in Michigan, they’re used for photo ops and handled by the public—highly disruptive practices that often result in long-term psychological and even physical issues.

Every year, cubs are torn away from their mothers by profit-hungry breeders and transferred to exotic-animal brokers and dealers before they’re shipped to Oswald’s to be exploited as props while confined to a concrete-floored pen—an unyielding surface for young developing cubs, whose sensitive paws and joints need the comfort of soft ground. 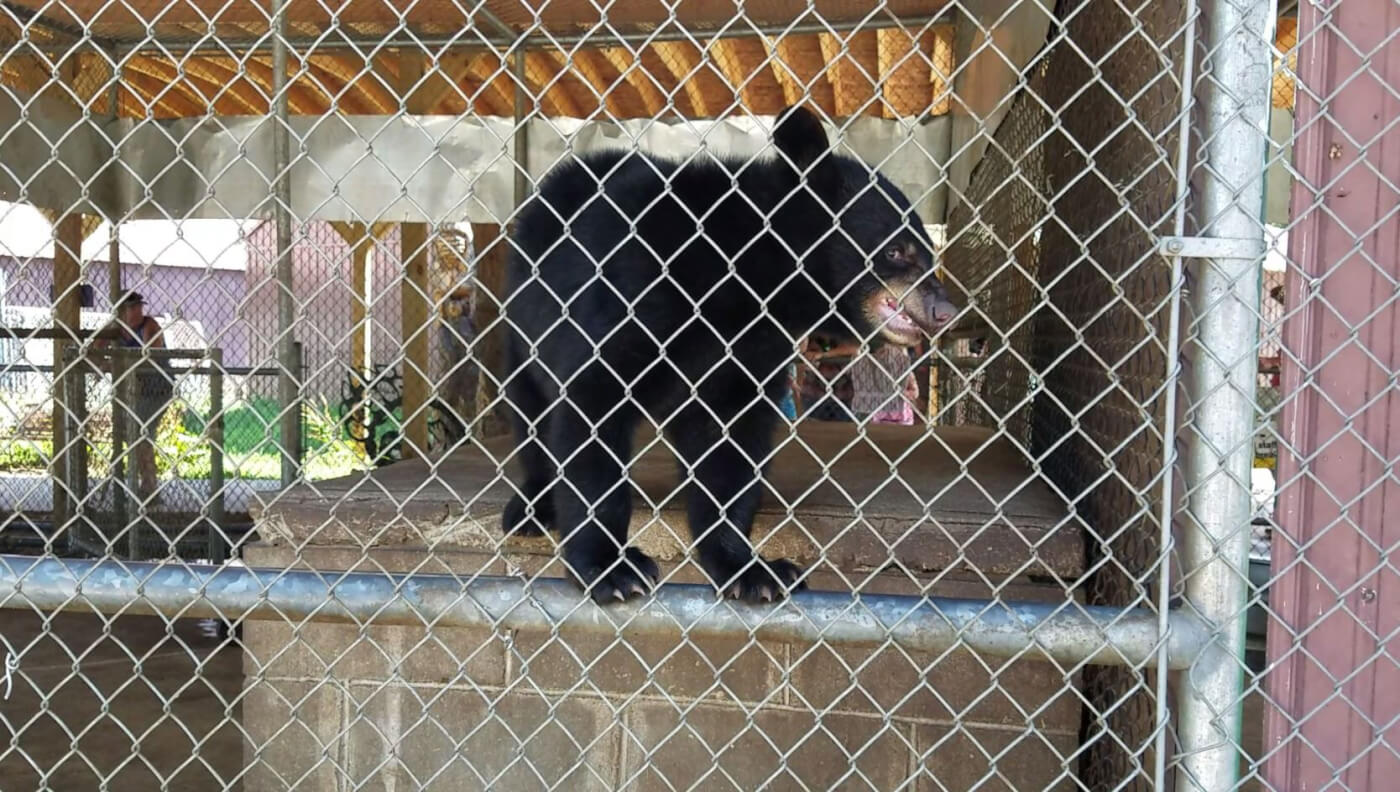 For some, that’s just the beginning of their suffering. In 2019, a young bear named Sophie escaped from an enclosure at Oswald’s and was shot and killed. Before her premature death, damning video footage showed her and two other cubs pacing and crying out—signs of severe distress.

Other bears at the facility have died after becoming trapped in a collapsed den, have suffered a fatal “drug overdose,” or have died suddenly from unknown or undisclosed causes—and half a dozen or more have been slaughtered. A representative of the disreputable facility told a state inspector in 2017 that a “mean” bear should be “made into jerky.”

Oswald’s is a death trap for bears. Please urge it to send the remaining bears to accredited sanctuaries before more animals die.