Strip away the hype, and it’s easy to see that the abuse inflicted on dogs in the Iditarod is criminally cruel: 150 dogs have died as a result of being forced to run about 100 miles a day through blinding snowstorms, treacherous terrain, and harsh winds for 10 days straight. 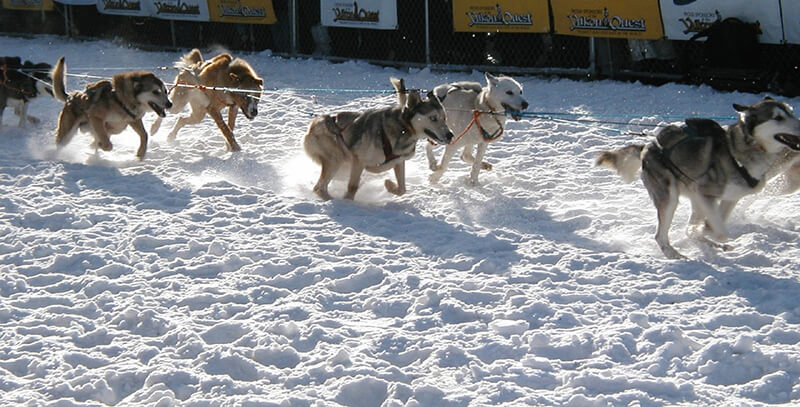 Countless others suffer and die off the trail: A PETA eyewitness investigation of kennels owned by Iditarod winners revealed that many dogs were so thin their bones were showing. One was limping from chronic arthritis. Mushers–or dogsled drivers–routinely fed them moldy meat and denied them water during training. 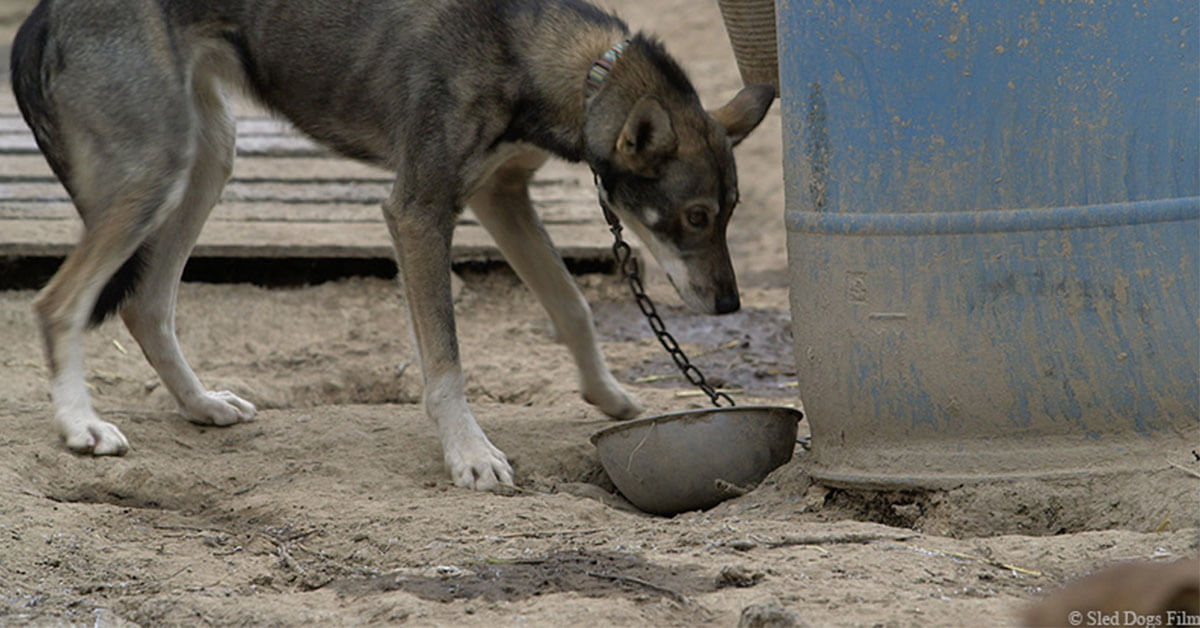 A study conducted by Northeastern University and the Massachusetts SPCA found that people who abuse animals are five times more likely to commit violent crimes against humans–so it’s no surprise that many Iditarod mushers also have a criminal history of aggression aside from what they do to dogs on these grueling trails. After all, if mushers are capable of killing dogs when they are no longer “useful” to the industry, it begs the question: What other atrocities are they capable of? Well, PETA knows that these 10 Iditarod mushers have criminal histories–and it’s time we call them out.

After racing in the 2005 Iditarod, John Hessert was charged with felony aggravated cruelty to animals and 33 counts of cruelty to animals after abandoning 33 huskies who suffered from frostbite, malnutrition, cracked feet, and infection. A veterinarian found that the dogs were “well below normal health” and underfed–one of the dogs had a collar embedded in their neck.

After musher Frank Winkler raced in the 1989 and 1990 Iditarod, he allegedly bludgeoned puppies with the blunt end of an ax. He was charged with 14 counts of cruelty to animals after an animal control officer found a crate of dead and dying puppies in his truck. According to him, he shot some of the dogs at the suggestion of other mushers–which isn’t surprising to PETA, as other whistleblowers have alleged that killing unwanted puppies is an industry standard.

After 1976 Iditarod winner Jerry Riley hit and killed a dog with a steel snow hook (a large, sharp metal claw) during the race, the musher was supposedly banned “for life.” Just ten years later, he was allowed back in the race.

Long-time musher Jeff King won Iditarod’s “Humanitarian Award”—clearly a meaningless title. King was found guilty of illegally killing a moose at Denali National Park and Preserve, which did not affect him from participating in the subsequent Iditarod races. In 2016, a snowmobile crash killed one dog and injured at least two others under King’s care.

A jury charged and sentenced Jeffrey K. Holt to 20 years in jail for sexually assaulting a “friend.” The convicted rapist raced in the Iditarod three times in 2005, 2007, and 2009.

Beals raced in the Iditarod almost consecutively from 2013 to 2020–save for the 2017 race, in which was banned for his charges of domestic violence. The Iditarod Trail Committee Board allowed him to run in all subsequent years since (including in 2021), and he’s even gone on to make over $120,000 during these races.

Sousa, who raced in the Iditarod for 11 consecutive years from 2002-2013 (and again in 2015), was charged with assault in an incident involving Alaska State Troopers. Sousa fired a gun while driving a four-wheeler on their land. The troopers met Sousa at his cabin’s front door, where he was naked and holding a revolver.

The son of one of the men on PETA’s “worst Iditarod mushers” list, Rohn Buser took police on a car chase that ended in an hour-long stand-off. Even after this, he was a musher in the 2012 and 2015 Iditarod races.

Driving Under the Influence and Racing on Meth

Police arrested Lance Mackey (winner of the Iditarod’s “Most Inspirational Musher” in 2002) for driving under the influence. The Iditarod didn’t let this–or the fact that he ran two young dogs to death in the 2015 race–stop the musher from continuing to race. In 2020, the Iditarod disqualified Mackey after he tested positive for meth while on the course.

YOU Can Help Protect Dogs From the Iditarod’s Systemic Abuse–Take Action Now!

The Iditarod could take a stand against these criminal offenses by banning convicted mushers from racing, but instead it celebrates, pays, and enables them. And it does the same thing when it winks at mushers’ systemic abuse of dogs who don’t want to run thousands of miles in subzero temperatures. It’s up to each of us to take an ethical stand by speaking out against the Iditarod, and hitting it where it hurts—by telling companies like Liberty Media to stop sponsoring the Iditarod race.

Urge Liberty Media and Others to Stop Sponsoring the Iditarod