A firsthand account from a former employee of Delphinus Xcaret—a marine park in Mexico that forces dolphins to swim and interact with humans—reveals yet again why you should never visit a facility that exploits these intelligent, sensitive animals for profit. The whistleblower told PETA of the extreme suffering she had witnessed—including that mother dolphins cried out for their babies who had been torn away from them and that animals were burned because of exposure to the blazing sun—while working as a photographer for the park’s “swim with dolphins” attraction.

She said that the experience was one of the most (if not the most) horrible ones she’s ever endured—but what’s even more sickening is that the cruelty she observed, which still haunts her to this day, occurs all the time.

While working at the park, the ex-employee saw that as many as five dolphins had been confined to a single swimming pool–size tank that was only about 32 feet deep at the very deepest. Impregnated dolphins reportedly languished for two months in tanks so small that the animals could barely move around in them comfortably. Then, once they gave birth, handlers ripped their babies away before the dolphins even had the chance to bond with them.

“I could hear them scream for their young—noises I’ll never forget. … There has not been one day that has gone by that I do not relive the high-pitched squeals that the mother dolphins made when they were separated from their young,” the former employee said.

After two baby dolphins died in one week, Delphinus staff reportedly threw their bodies away in the garbage.

The dolphins sustained burns and eye injuries from spending all day long under the blazing sun, with no shade to protect them. Because of the bacteria left by the hundreds of tourists who paid to swim with the dolphins each day, in addition to the poor water quality, the animals had to be given respiratory treatments up to twice a day. Many dolphins were drugged with questionable “vitamins,” which the whistleblower said was likely to reduce their overwhelming distress.

Employees, she added, were directed to give “a spiel full of lies and ambiguous statements.” Even though most of the dolphins had been captured from the ocean years prior, staff had to lie about their ages and say that they had been born at the facility and didn’t know the outside world.

“When [visitors] asked if the dolphins were happy, if they were being taken care of, and if this was the best option for them, we were told to say ‘yes’ with a big smile,” she said.

The former employee said that having to deceive visitors about the dolphins’ well-being was “traumatizing” for her mental health.

“These animals were working all day pushing, pulling, performing, and swimming in circles for tourists under the pretense of ecotourism and environmental education. When everyone went home to their families at the end of the day, the dolphins could only float there with nowhere to go, five at a time in a small pool without any room, shade, or mental stimulus,” she said.

The whistleblower pointed out that this is not the only facility in which dolphins are suffering, and she’s right—incidents like the ones she documented are all too common at marine parks and other crummy facilities that force animals to perform and interact with humans.

“As an ex-employee who has seen the inside of this industry, I urge you not to take your children or families to these facilities,” she said. 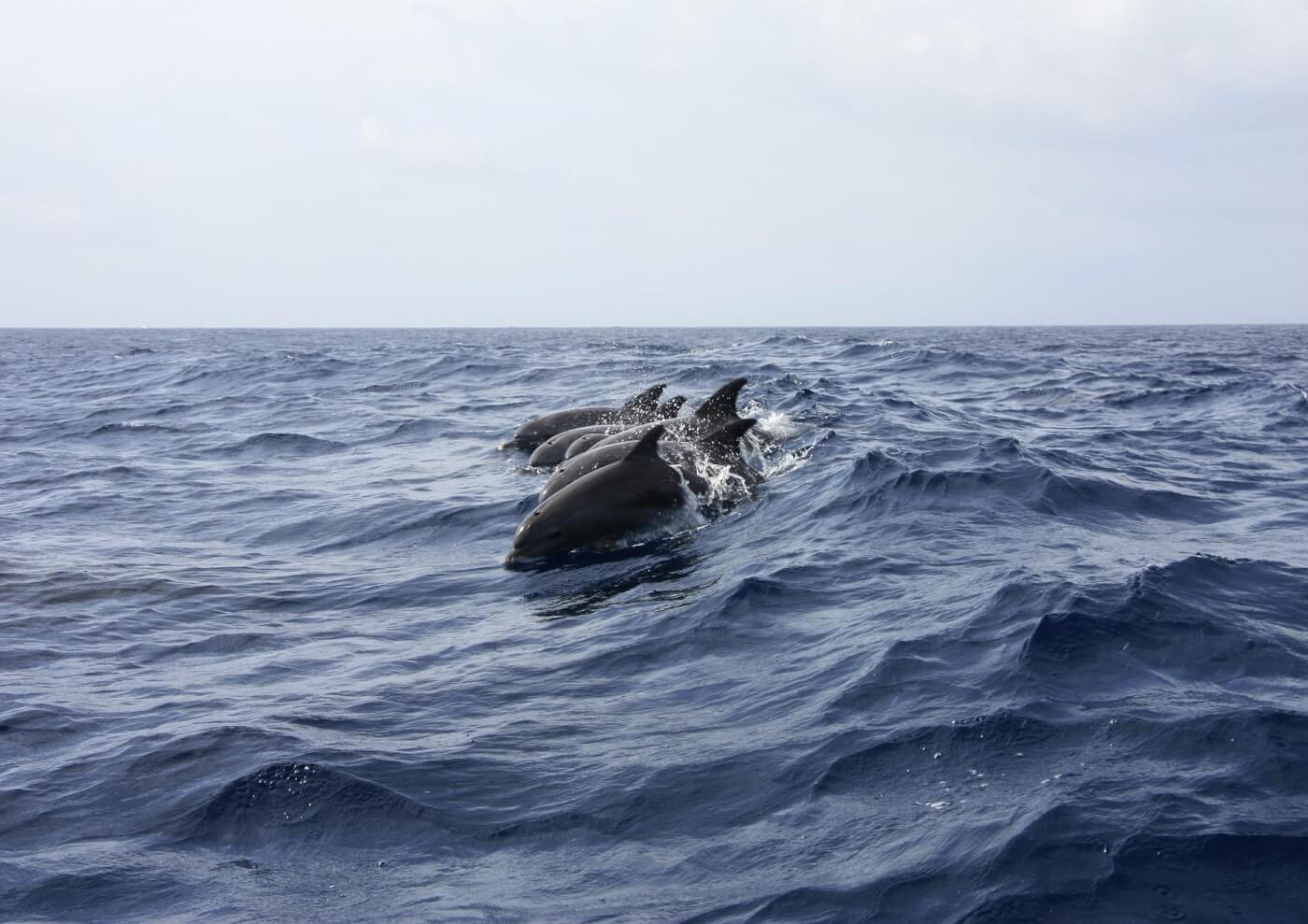 Never Pay to Swim With Dolphins

Social, intelligent dolphins don’t want to be exploited in cruel tourist attractions. Never visit a facility that forces them to swim with humans.