PETA created a tasty campaign to go tell it on the mountain, over the hills, and everywhere that the single best way to celebrate Earth Day each year is to go vegan. To help spread that message in 2022, businesses from coast to coast participated in the effort to encourage people to eat vegan for the day, at least.

Below, see just a few examples of businesses that participated in PETA’s “Go Vegan for the Earth” Day push this year—then learn how you can carry on the legacy of this animal- and eco-friendly holiday each and every day. 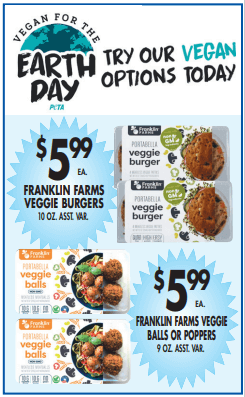 Huckleberry’s Natural Market in Spokane, Washington, did the same: 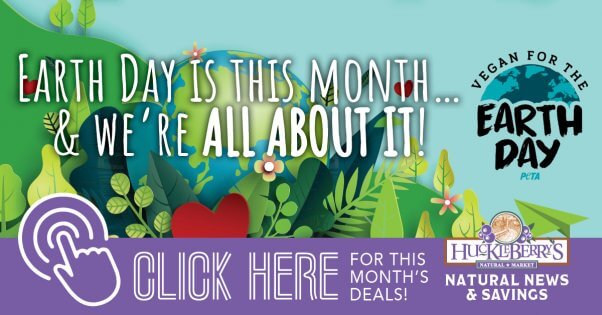 As part of the Earth Day push, PETA also placed pro-vegan ads on buses in New Orleans and Louisville, Kentucky. In Birmingham, Alabama, a PETA supporter showered on the sidewalk to highlight how animal agriculture drains freshwater supplies and pollutes groundwater, lakes, and rivers.

A PETA member in Alabama showered outdoors to show how the meat and dairy industries guzzle water and fuel the climate catastrophe.

Animal agriculture is also the leading cause of ocean dead zones, species extinction, and habitat destruction—and by some estimates, it creates more greenhouse gas emissions than all the world’s transportation systems combined.

Take Action for the Planet and Animals Every Day

Every vegan saves 1,100 gallons of water, nearly 40 pounds of grain, and 30 square feet of forested land each day. So if planet Earth means the world to you (see what we did there?), follow the example that these businesses set on Earth Day and do it a favor: Go vegan!