How long can whales and dolphins live in their natural habitats compared to in extreme captivity? A full life is just one thing marine parks like SeaWorld steal from animals. Treating them like breeding machines and holding them prisoner in cramped tanks, marine parks exploit sentient beings for financial gain. But you can take action to help these animals. 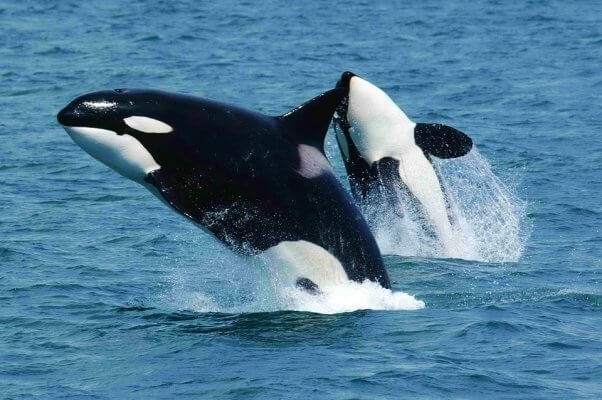 How Long Do Bottlenose Dolphins Live in Their Natural Habitats?

Bottlenose dolphins can live at least 40 years in the ocean and average approximately 25 years. They love to explore new territories with their families. These dolphins form long-lasting friendships through hunting, mating, and protecting each other and can swim up to 60 miles per day. 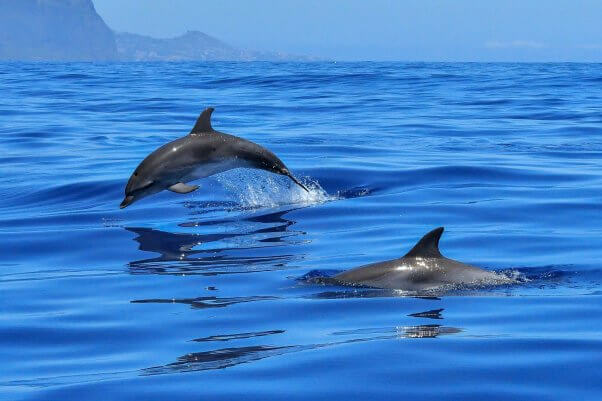 How Long Do Bottlenose Dolphins Live in Exploitative Captivity?

Captive-born bottlenose dolphins die at about twice the rate those born in their natural habitats. At least 100 dolphins have died at the Miami Seaquarium, many short of their natural life expectancies. In just over a year between 2019 and 2020, six animals died at the facility, including two bottlenose dolphins who died from trauma-related causes and a bottlenose dolphin who drowned after getting caught in a net. Almost 300 dolphins (not counting orcas) have died at SeaWorld parks. Workers at SeaWorld parks also forcibly breed dolphins—sometimes after drugging them—and use them in performances.

Duncan is just one of the bottlenose dolphins SeaWorld robbed of a natural life. He never got to swim with a pod—or swim freely in the ocean. Employees forced him to perform tricks for food. During his life, SeaWorld transferred him more than half a dozen times to various parks. Duncan died of chronic pneumonia at only 16 years old. 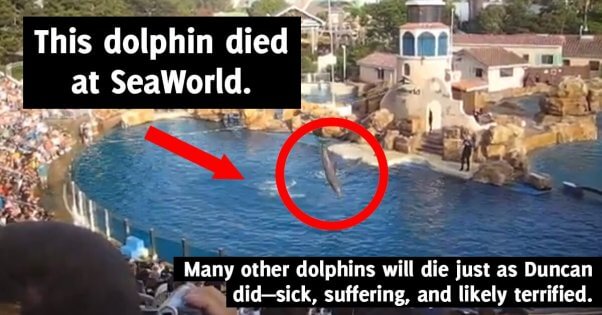 How Long Do Orcas Live in Their Natural Habitats?

Found in every ocean in the world, orcas have an average life expectancy of 30 to 50 years. Their estimated maximum life expectancy is around 60 for males and 80 for females. Orcas can spend their entire lives traveling with their pod families and are able to swim up to 140 miles per day. 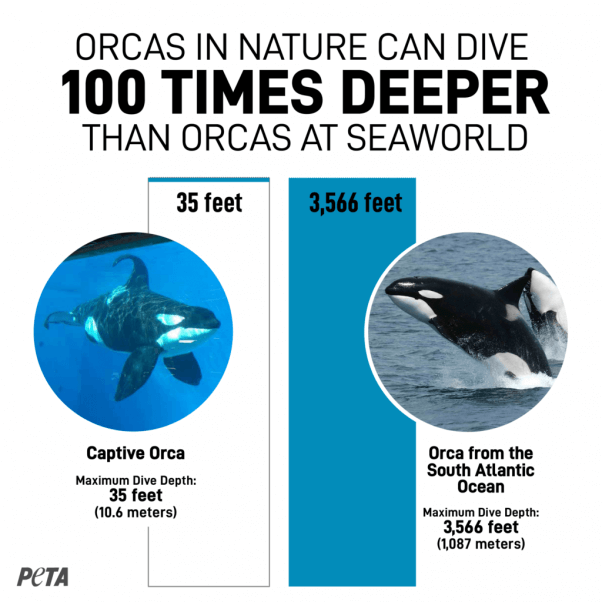 How Long Do Orcas Live in Exploitative Captivity?

Only a handful of the more than 200 orcas who’ve been held in captivity worldwide have lived to the age of 30. More than 40 orcas have died at SeaWorld—many far short of their natural life expectancy. Some deaths were the result of bacterial infections or fractured skulls. Orcas held prisoner at marine parks often show signs of emotional distress such as floating listlessly, banging their heads against glass walls, and continually swimming in circles. 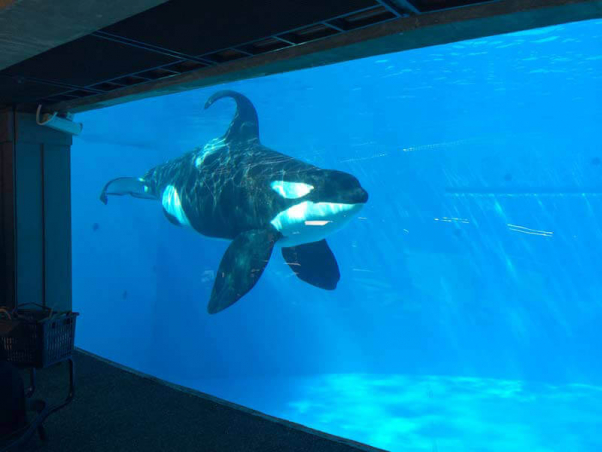 Amaya was only 6 years old when she died at SeaWorld San Diego. According to the whistleblower reports PETA received, she died just days after SeaWorld workers put all 10 orcas—some with a history of aggression—together. Learn about more ways orcas are suffering at SeaWorld by watching the video below.

How Long Do Beluga Whales Live in Their Natural Habitats?

In nature, belugas have an average life expectancy of about 20 to 30 years, but they can live up to 60 years. Belugas are the social butterflies of the sea. Dozens of pods often come together to form larger groups of hundreds of whales. They’re also the chattiest of all whales and communicate by singing to each other. 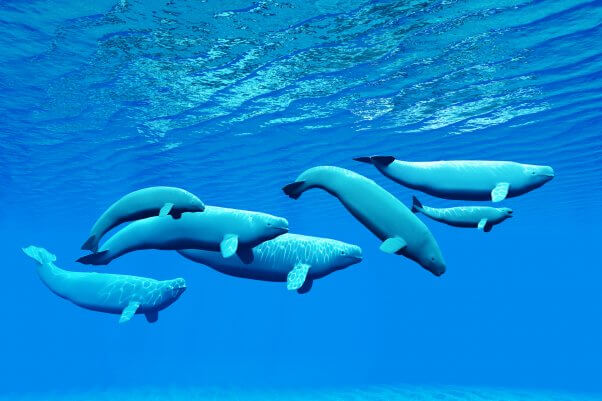 How Long Do Beluga Whales Live in Exploitative Captivity?

Evidence suggests that survival statistics for captive belugas are lower than those for belugas in nature, but their precise life expectancy is unknown. At marine parks, no beluga has come close to living as long as belugas are known to live in the ocean. Dozens of belugas have died at SeaWorld parks, including an infant who died just moments after being born in 2017. 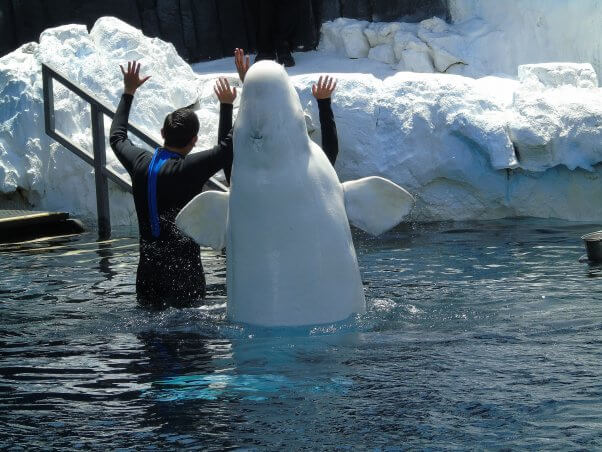 In July 2021, a beluga whale named Luna gave birth to one of SeaWorld’s newest victims: her fourth calf. Since the park believes that baby beluga whales sell tickets, workers turned Luna into a breeding machine.

These animals don’t have to be doomed to a shorter life in a concrete tank—you can take action to help them.

Click below to join us in urging SeaWorld to get on board with seaside sanctuaries, where animals can live in large areas of the ocean and still benefit from human care for as long as they may need it.