Do you coo over babies? Then start pinching the cheeks on your sandwich because chickens are killed for their flesh at just 6 or 7 weeks old.

It’s that time of the month.

When you eat an egg, you’re eating a chicken’s period. Seriously. Unfertilized eggs are chicken menstruation. 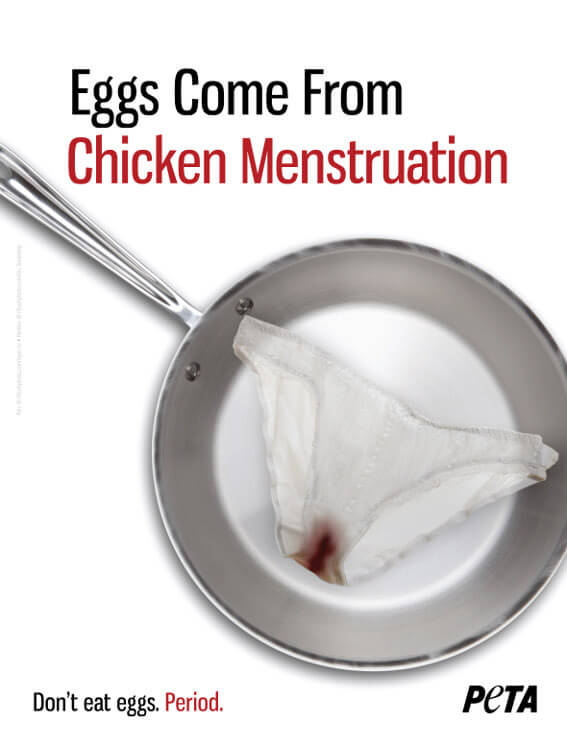 Without even having to bake it into a pie. Chickens reportedly have about 4,500 feathers and hairs that are supposed to be removed during processing, but workers inevitably miss some. Cooking experts say you can whip out the tweezers and pluck your chicken before you cook it. But I prefer not to eat any food that needs to undergo the same treatment as my eyebrows. 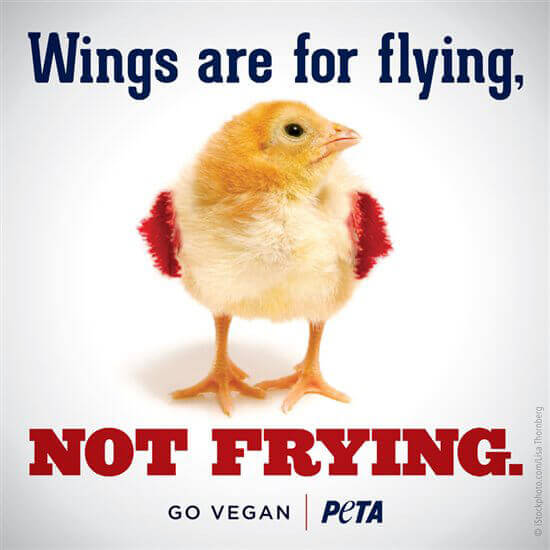 Is that a baby carrot in your pocket, or are you just happy to see me?

Decreased penis size in male infants has been linked to the phthalates in the chicken meat and eggs that their mothers ate during pregnancy. Gee, thanks, Mom.

The high levels of cholesterol in chicken and eggs are known to block blood flow to the body’s organs. And that means all the organs, gentlemen.

Just like our best friends, chickens are pack animals with adept communication skills, distinct personalities, and an intense love for their families. Maybe we should be walking chickens instead of eating them.

When chickens are disemboweled, the contents of their intestines spill all over the flesh you’re about to eat. Poop Parm, anyone?

The fire down below.

Science Daily reported that researchers have found a strong link between the E. coli bacteria found in the chicken sold in restaurants and supermarkets and urinary tract infections. Shudder.

Put away the blue balloons. Male chicks are worthless to the egg industry, so every year, millions of them are tossed into trash bags to suffocate or are thrown into high-speed grinders called “macerators” while they are still alive.

Much of the chicken that goes to the National School Lunch Program is “canned, boned, and diced” meat that comes from spent hens who were discarded by the egg industry, because their flesh is too tough and stringy to be used for anything else. Dig in, kids!