It’s a dirty business indeed when “no-kill” marketers use emotionally charged rhetoric to prey on kind people who care deeply about animals. Beware of buzzwords that pluck at the heartstrings and even draw on religion to make the donor feel safe, as with the names of the notorious Sacred Vision Animal Sanctuary in South Carolina and Angel’s Gate, Inc., in New York, both busted for leaving animals to suffer and die painfully from maggot infestations, abdominal abscesses, tumors, open wounds, and respiratory infections. Groups like these demonize legitimate shelters, damning them as “kill shelters.”

It’s now an epidemic: Closed-door “no-kill” shelters and fly-by-night “rescues” across the country are constantly being raided by authorities for keeping animals in criminally cruel conditions, starving them, allowing them to die slowly of disease, and even hiding their dead bodies in freezers or shallow graves. That leaves the real shelters to pick up the pieces, including the veterinary bills for animals found sick and dying, deeply traumatized, and with their fur matted with their own feces and urine. 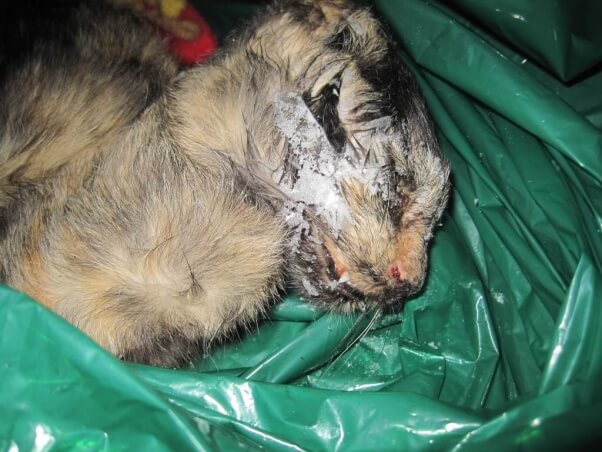 Pirelli died after being denied veterinary care for an apparent respiratory infection.

Other nightmares abound: Some “rescues” and “no-kill” operations do the right thing, of course, running what are really hobby shelters, but many shelters with “no-kill” policies turn away desperate animals who need help, illegally abandoning them on the streets and placing them in homes that were never screened, even ones where the animals were later cruelly killed by sadists, allowed to roam without supervision, and tortured, shot, hit by trains, and more. 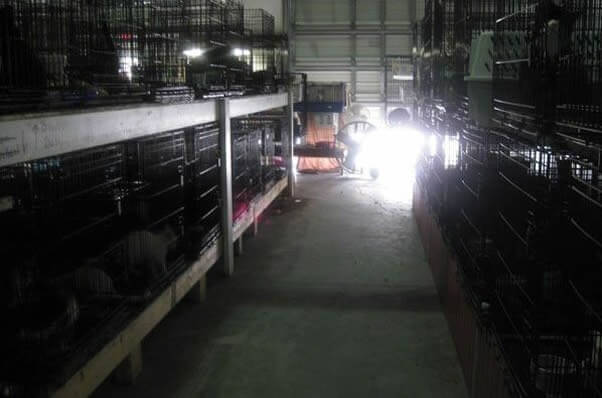 Be alert! Any hustler can create a Facebook page, slap on the “rescue” label, and start collecting animals and donations. The National Center for Prosecution of Animal Abuse gives this clear warning: “There is an entire industry of ‘rescues’ that warehouse animals in horrific conditions; however, the catalyst for warehousing is not a mental health affliction, but pure, old-fashioned, greed.” Consider these recent examples:

It has been shown that time and again, marketing slogans like “no-kill” and “rescue,” while sometimes noble, can be synonymous with “cruelty” and “scam.” Our advice is to be careful and curious. Go to the place and look for yourself, and if you are not allowed to look in the rooms and out buildings for some bogus reason, ask yourself, “What are they hiding?” If you can’t visit there yourself and can’t send someone you trust to look inside the place, find a different organization and check that out instead. And run screaming if the operation uses words like “kill shelter”! That’s a mean trick to damn the “open-door” operations that take in the worst that society can throw at them and never say “we’re too full” or “I’ll put you on a wait list.” Examine the organization’s policies to make sure that adopters are screened. Do due diligence to ensure that the policies and practices promoted by some “no-kill” campaigners aren’t going to harm animals and divert funds from workable solutions to the very real animal homelessness crisis: A penny of prevention put into spay/neuter programs and clinics is worth a dollar of “cure.”

Most animal homelessness can be ended—through prevention, by working together to strike at the root cause, not by shunning or hoarding animals or handing them out like candy to unreliable or sadistic people and certainly not by funding those who abuse and exploit neglected animals for their own selfish gain. 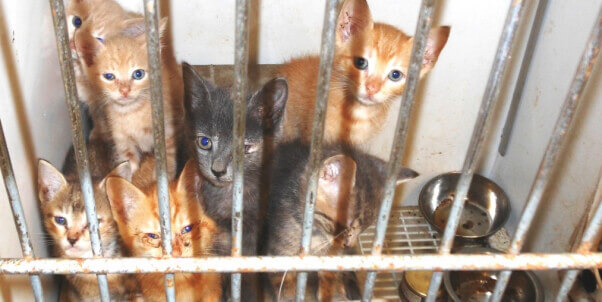