Three PETA “tigers” descended on the opening night of UniverSoul Circus in Los Angeles on Wednesday. UniverSoul leases the tiger act used in its shows from notorious big-cat exhibitor Mitchel Kalmanson, who has been cited repeatedly for failure to give veterinary care and for excessive confinement, including one citation last year for holding tigers in foul-smelling, maggot-infested cages without exercise. 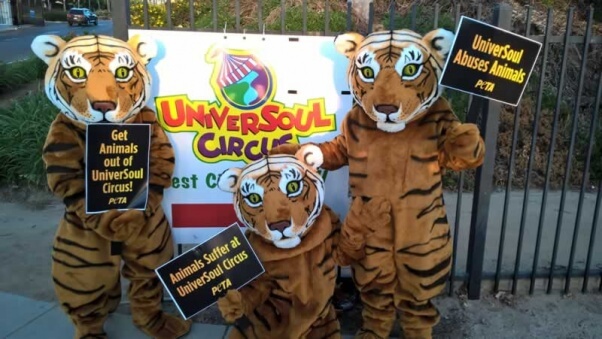 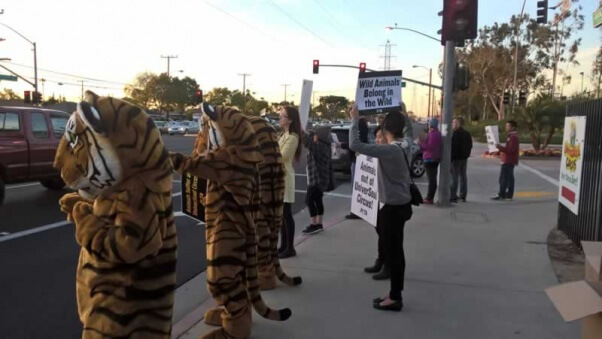 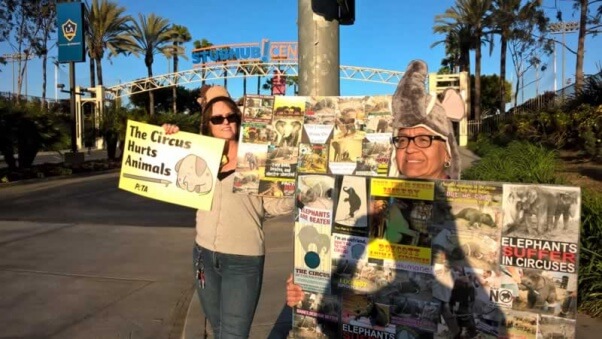 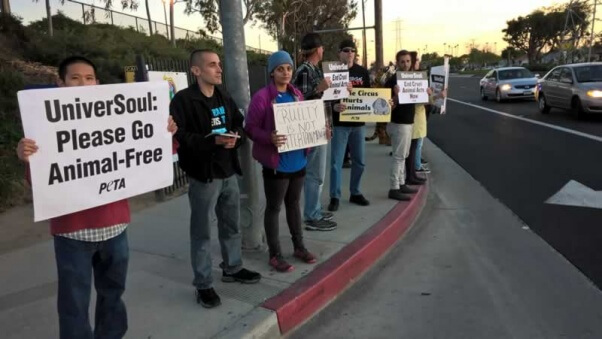 Other animals at UniverSoul don’t fare any better—as shown in this eyewitness video footage—and exhibitor Jennifer Caudill was recently cited for allowing two zebras to escape and for failing to provide adequate veterinary care to dogs with bleeding gums. Zebras escaped from her again last week in Oakland, California.

“The tigers, elephants, and other animals used by UniverSoul are imprisoned, denied everything that’s natural and important to them, and forced to perform dangerous stunts under the threat of physical violence,” says PETA Foundation Captive Animal Law Enforcement Counsel Rachel Mathews. “PETA urges consumers never to buy tickets to circuses that use and abuse animals.”