After 16 years and millions of laughs, Jon Stewart will host his final episode of The Daily Show on August 6. But his next venture promises to keep us smiling. Jon and Tracey Stewart have reportedly bought a farm in New Jersey, which they’ll turn into a sanctuary for animals rescued from meat and dairy farms. 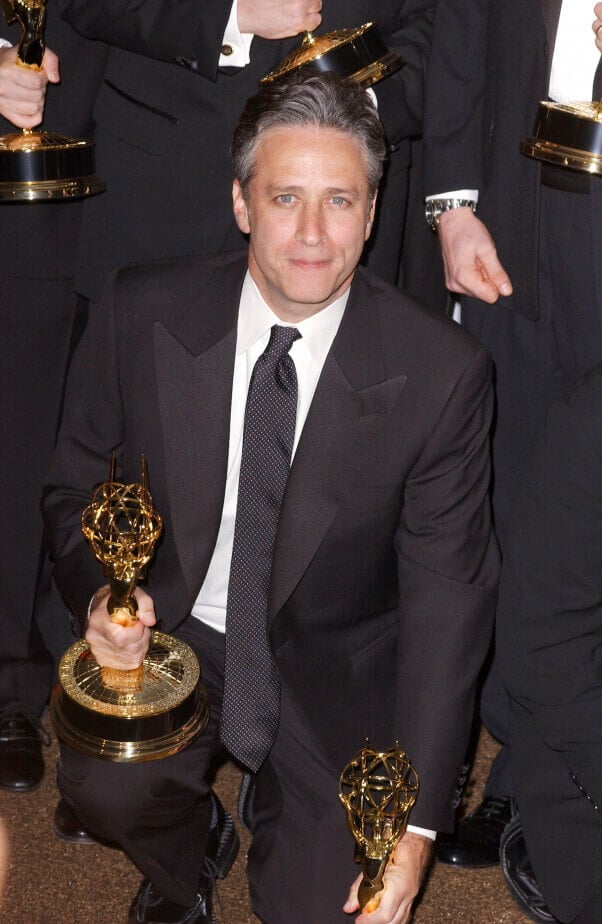 The couple already has two rescued pigs, and Jon remarked on The Daily Show that it’s “harder to eat meat when you know the animal’s name.” Both Stewarts are longtime animal advocates. And Tracey, who’s vegan, is about to release her first book, Do Unto Animals: A Friendly Guide to How Animals Live, and How We Can Make Their Lives Better. She regularly takes their children to animal shelters and sanctuaries, and she even gave the family’s Thanksgiving guests sponsorships of animals rescued from farms.

Jon used his Daily Show platform to educate millions of people about cruelty to animals. He wasn’t afraid to call out Gov. Chris Christie for vetoing New Jersey’s bill to ban gestation crates, take on Sarah Palin after she made pejorative comments about pit bulls, or go head-to-head with guest Liam Neeson over the cruelty of horse-drawn carriages. And Jon always encouraged the Daily Show staff to take their dogs to work with them. The “Daily Show Dogs” even have their own Facebook page.

In addition to the pigs, the Stewart family’s animal companions also include two hamsters, two guinea pigs, two fish, four dogs, three rabbits, and a parrot—all of whom were rescued. With the purchase of the farm, the Stewarts seem poised to add many more names to the list of animals they’ve saved.