When PETA’s fieldworkers picked Russell up, he was so weak and in so much pain that he could barely lift his head. The 17-pound terrier mix had been attacked by stray dogs after being left outdoors in his unfenced yard overnight. After two days without treatment, an infection had set in, and he was fading fast.

This wasn’t Russell’s first brush with death. Last December, his owner had called PETA after he had been bitten by another free-roaming dog and severely injured. PETA helped pay for his veterinary care, and his owner promised never to leave the vulnerable little dog outdoors alone again. 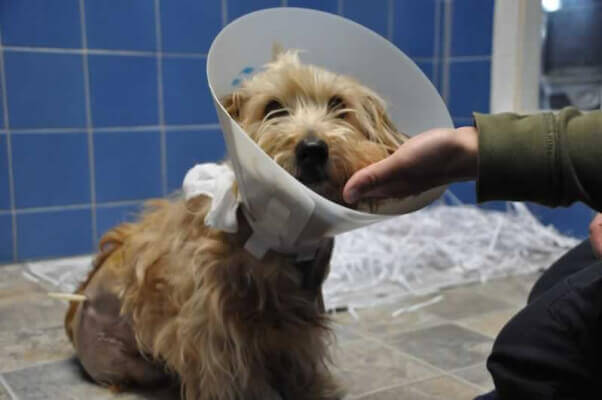 But just a few months later, Russell was attacked again. This attack was far worse—his body was riddled with bite wounds. Russell needed emergency treatment, which his owner couldn’t afford, so she surrendered him to us. We rushed him to a veterinarian, who cleaned his wounds, inserted two drainage tubes to help eradicate the infection, and prescribed antibiotics and pain medication. 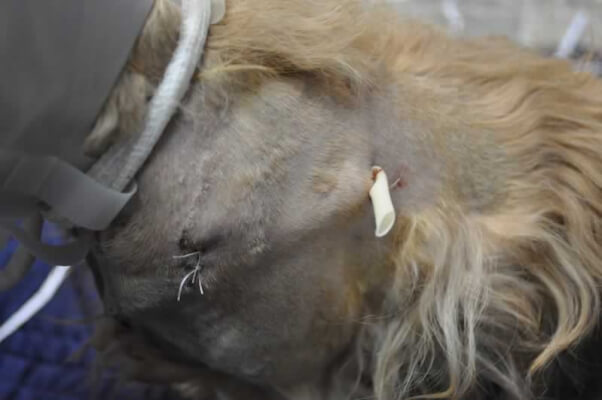 A week later, Russell was on the road to recovery. His infection cleared up and his drainage tubes were removed, leaving him with just a slight limp in his right hind leg, which initially couldn’t bear any weight on it at all. But what about Russell’s emotional scars? Would he be afraid of other dogs after being attacked not once but twice? 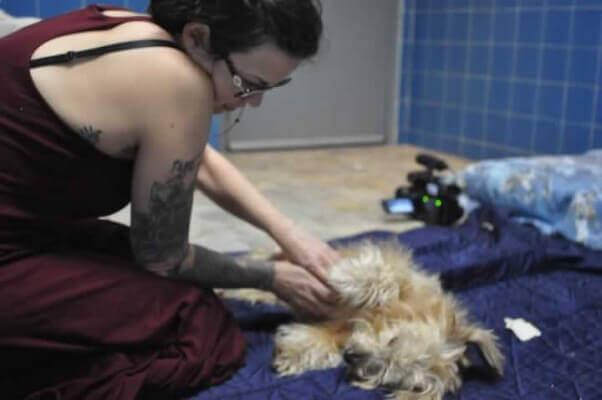 A retired couple had spotted Russell on PETA’s website and was eager to adopt him but with one important caveat—he had to get along with their three other rescued dogs. What would he do? 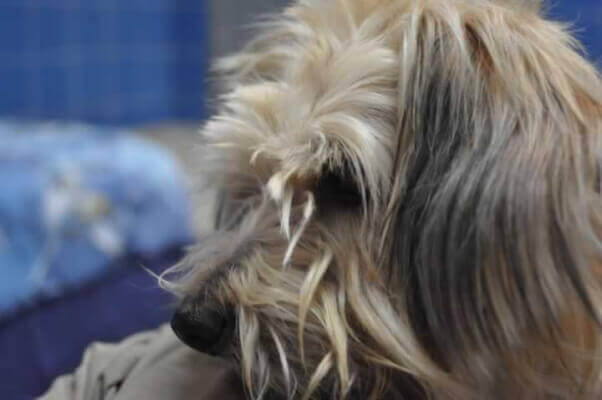 We set up a meeting at the couple’s house, and Russell was first introduced to the largest canine member of the family—an imposing Lab mix named Eddie. It quickly became obvious that all that worrying was for nothing. Both dogs’ tails wagged furiously from the moment they laid eyes on each other, and Eddie was so excited about his new little brother that he did a couple of victory laps around the yard. What did Russell do? After he met all three dogs and his new human guardians, he “christened” the fence. Yep, this is his home now.