Sled Dogs is a film that gives a behind-the-scenes look at the cruel dog-sledding industry—including the deadly Iditarod race, in which dogs are forced to run nearly 1,000 miles through biting winds, blinding snowstorms, and subzero temperatures. This race has killed more than 150 dogs since it began in 1973, including five who died during a single week of the 2017 event.

View the documentary as a class and then use the discussion questions below to help students understand the information and examine the ideas presented. Depending on the needs and abilities of your students, you may wish to pause the film to discuss the questions as a group or have the students respond to them in writing after the video. Contact Fern Levitt, the filmmaker at [email protected] for a free DVD or a permanent link to the film. 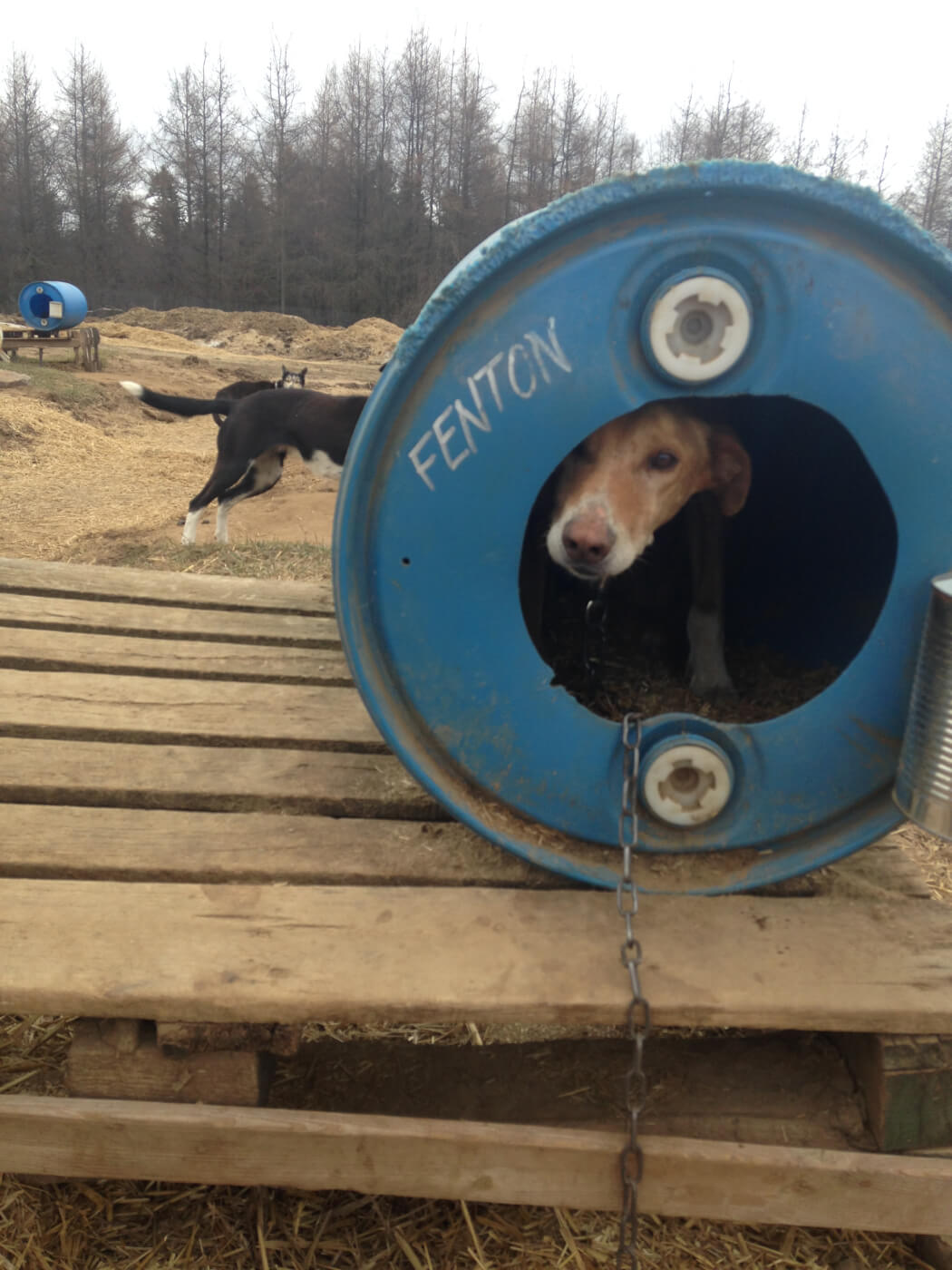 Tell students that the guiding questions for this activity are the following: “Should dogs be used for racing and tourism? Why or why not?” They should be prepared to state their positions after watching the film.

Other Questions to Guide Viewing

1. The film begins with this quote by Mahatma Gandhi: “The greatness of a nation and its moral progress can be judged by the way its animals are treated.” What does this quote mean to you?

2. Why do people who work in the sledding business say that the dogs they use are different from other dogs? Explain your answer.

3. A former musher at the Krabloonik dog-sledding operation in Colorado said that the facility looked “like a concentration camp.” Why do you think that he said that? Do you agree or disagree? Explain your answer.

4. People who work in the industry claim that these dogs are designed to run in the Iditarod. If that’s true, why do you think that they sustain orthopedic injuries, bleeding ulcers, and other illnesses while running on the Iditarod Trail?

5. The Iditarod is like running four marathons in a single day for 10 consecutive days. People who work in the industry say that the dogs love to run. Does this justify making them run 1,000 miles? Explain your answer.

6. What is a key difference for the dogs between the original relay that brought lifesaving serum to the people of Nome, Alaska, and the Iditarod in its current form? Why is this difference important?

7. Do “sled dogs” have the same needs for food, water, shelter, and socialization as dogs who live as companion animals? Are their needs being met? Explain your answer.

8. A Whistler, British Columbia operation was reported to have conducted an execution-style killing of 100 dogs, who were then dumped in a mass grave. A governmental task force that investigated the incident released a report with recommendations that included instructions for killing unwanted dogs. Do you think that these recommendations will provide a higher standard of care for dogs used in the sledding industry? Why or why not?

9. A former “sled dog” handler described the dogs as being treated “like tools.” A tool is anything that is used as a means of accomplishing a task or a purpose.  Should dogs be used as tools?

10. The owner of the Krabloonik sledding operation was convicted of cruelty to animals. In the film, the new owners of this facility (who worked for the former owner) say that there is a difference between dogs used for sledding and other dogs. Do you think that this mindset will help them to care for the dogs better on their premises? Explain your answer.

11. In the film, the mayor of Snowmass, Colorado, says that it’s cruel to chain a companion animal continuously but that it’s fine to do this to “sled dogs.” What might be her motivation for this statement?

13. In the film, the operator of Windrift Kennels says, “I love my dogs very, very much,” and “It’s very important that my dogs are happy.” We watch as she is informed that one of the dogs she keeps tethered on a chain at her kennel is found dead. How does this situation align with her statements? Explain your answer.

14. At the end of the film, we see the remaining dogs from the Whistler operation, who have found homes as companion animals. What does this say about the claims that “sled dogs” are different from other dogs?

15. Why does the dog-sledding industry continue to exist?

Remind students to consider the guiding questions. Students can use the Building an Argument graphic organizer to develop explanations of their positions and use evidence to support them.

Students can discuss their positions and evidence in pairs or small groups and can then write persuasive essays that lay out the critical features of their arguments. 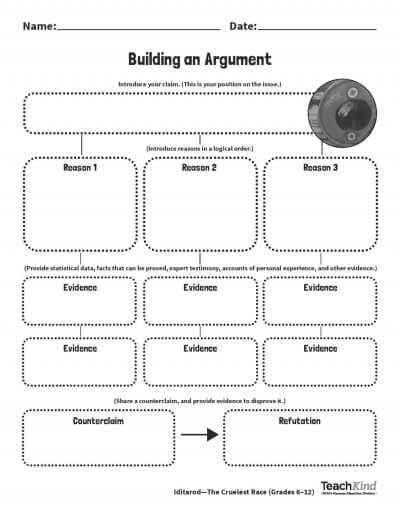