Seafood Without the Suffering: Try These Great Vegan Products

Attention, pescatarians: Fish feel pain, have complex social relationships, and love to play games, and some even have longer attention spans than humans do. They’re complex beings who also communicate in ways that are strikingly familiar—they “talk” to each other using squeaks and squeals and use various types of body language to give each other directions or warn of potential danger. What’s more, fish flesh, which can concentrate high levels of chemical residues, is toxic to humans, and the seafood industry is destroying the environment. There’s no need to eat fish when you can “catch” one of the many vegan seafood products available online or in grocery stores across the country today.

Vegan Seafood Products Are Here—Check Out These Great Options:

Mushrooms make some of the best vegan seafood since they soak up flavor and have a flaky yet “meaty” texture. Choose Nature’s Charm marinated and canned mushrooms for the best seafood flavor and easy preparation.

OMNI debuted its new line of vegan seafood products at Natural Products Expo West 2022, and we’re excited to try them as they begin hitting stores and restaurants in the U.S.

Vegan ZeaStar has plant-based seafood options that will blow your mind—just check out the brand’s vegan tuna and salmon sashimi. It also offers battered vegan calamari and vegan shrimp, available in regular and crispy lemon flavors.

Get ready to be blown away by this vegan seafood line from women-owned company The Plant Based Seafood Co. From crab-like cakes to bay scallops, this brand has everything that you need for a vegan seafood feast, shipped right to your door.

A post shared by Mind Blown™ by The Plant Based Seafood Co. (@eatmindblown)

Add a savory kick to all of your Southeast Asian–inspired dishes with this kelp-based vegan fish sauce from Ocean’s Halo.

If you’ve tried vegan shrimp at a restaurant before, it may have been from BeLeaf. Many restaurants choose this brand for dishes like this Vegan Shrimp Quesataco from Fresno’s Jackamobile:

Sophie’s Kitchen’s Breaded Vegan Shrimp and Vegan Crab Cakes are sold at select Walmart stores nationwide—use the product locator to find out if they’re available near you.

This plant-based tuna is deliciously flaky and versatile. Mix it with some vegan mayo and spices for a classic tuna salad, or use it to make vegan crab cakes. You can order it online or find it in stores. 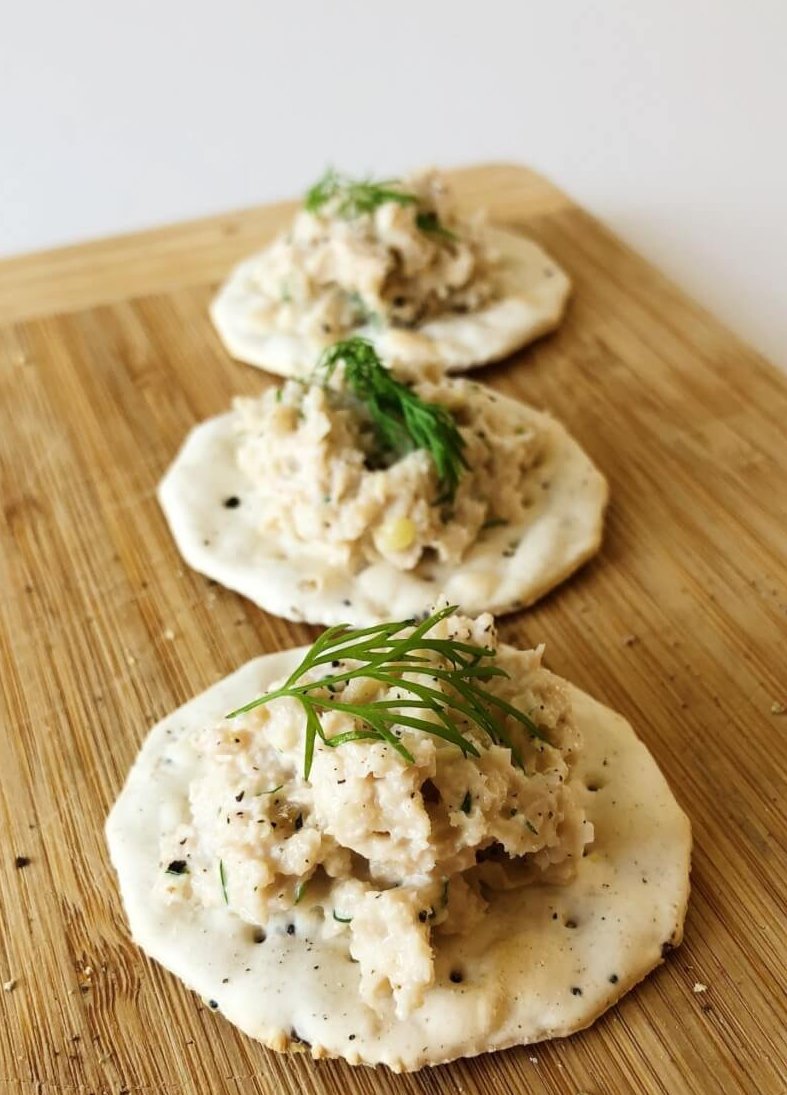 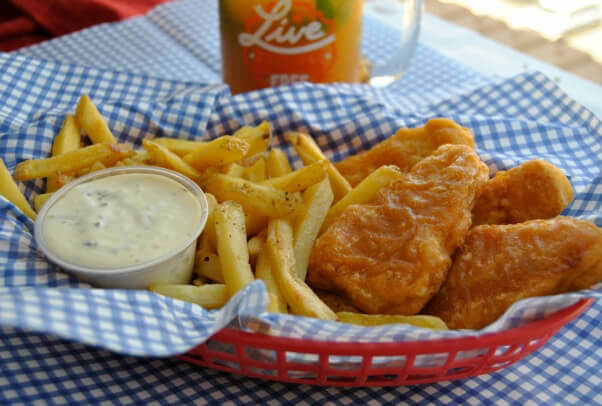 Made from seaweed, Cavi-art can be used in both hot and cold dishes. It has a long shelf life and is cholesterol-free. 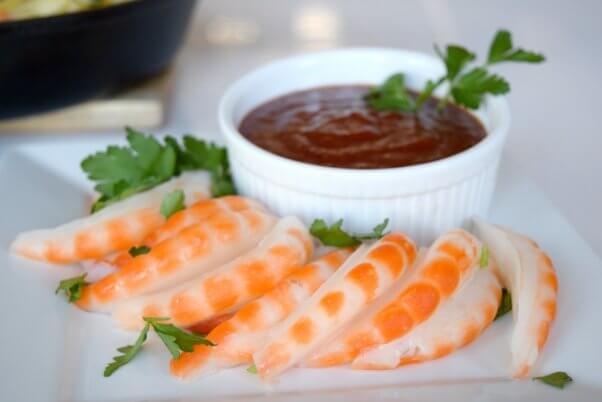 You can buy this Fishless Tuna (“Tuno”) online and in stores. It comes in tasty flavors, including Lemon Pepper, Sesame Ginger, and Thai Sweet Chili.

Check out more vegan versions of this seasoning staple used in many Asian dishes that you can order online from brands such as Tofuna Fysh.

Vegan Seafood of the Future

We’re keeping an eye on these innovative brands that are paving the way for the future of vegan seafood:

While it’s still in the early stages of development, this company is developing technology to create fish meat out of stem cells.

Kuleana’s plant-based Akami is meant to mimic raw blue fin tuna, which is commonly used in restaurant sushi and sashimi. However, Kuleana’s tuna is made entirely from plants.

Try some of the great products on this list (plus other vegan seafood options) the next time that you cook at home or head out to eat:

Get All Meat and Dairy ‘Products’ Out of Your Life—Go Vegan Today!

Whether you’re looking for vegan bacon or nondairy ice cream, we’ve got the inside information on all the best vegan brands and products. So grab your grocery list, stroll down the aisles of your local supermarket or health-food store, and add tasty 100 percent plant-based items to your shopping cart instead of animals’ body parts:

Replace Eggs, Meat, and Milk With These Vegan Options