These 15 Entrepreneurs Are Doing Right by Animals

You know that the plant-based market is in an astronomical upswing when even big meat industry names start getting in on the action. Tyson Foods, for example, has invested in the famous vegan burger brand Beyond Meat, and one market analysis claims that the plant-based meat market will be worth $5.2 billion by 2020. There’s more to vegan living than just food, however. Cruelty-free health supplements, fashion brands, and beauty companies also continue to boom.

Here are 16 inspiring entrepreneurs who are changing the game from the inside out.

Kareem Cook and Claude Tellis acquired health-food giant Naturade back in 2012 with the intention of helping the African-American community—and all Americans—have easier access to health products. With the help of brand ambassador John Lewis, aka “Badass Vegan,” they added the protein-focused VeganSmart to their list of healthy product lines. 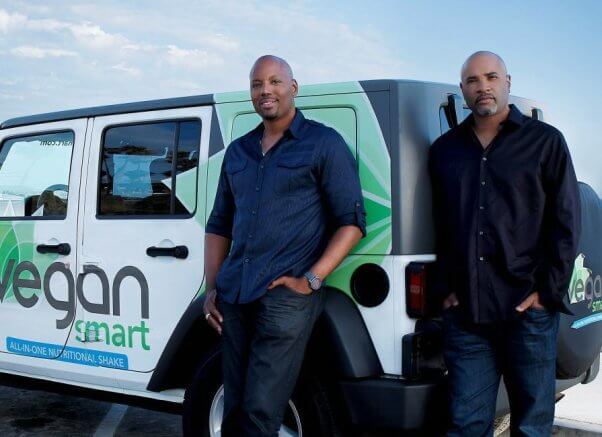 Joshua Katcher is making quite a name for himself in the world of cruelty-free fashion. First, he started a popular lifestyle website, The Discerning Brute. Then he began a fashion label that creates high-end vegan menswear under the Brave GentleMan label. The latter became so popular that he opened a Brave GentleMan brick-and-mortar store in Brooklyn, New York. You’ll want to keep an eye out for Katcher, who has recently been developing high-quality, sustainable materials such as “future wool” and “future leather.” See the exciting videos below:

With her company Full Harvest, Christine Moseley is working to end the waste of billions of pounds of perfectly useful produce every year. Full Harvest acts as a platform to connect growers with buyers, reducing waste and generating revenue for farmers. It also saves buyers money, because “ugly” produce is less expensive than the alternative.

Uma Valeti, M.D., is the cofounder and CEO of “clean meat” producers Memphis Meats. The cruelty-free company created quite a buzz this year for its successful production of lab-grown duck and chicken “meat.” (Last year, it produced animal-free ground beef.) Using animal cells that regenerate in large steel tanks, Memphis Meats’ method of meat production uses 1/10 the amount of water and 1/100 the amount of land that’s currently used to raise billions of cows, pigs, and chickens each year. The process also produces less waste and cuts energy consumption in half. Companies such as Tyson and Hormel have taken note of this cruelty-free method (if you can’t beat ’em, join ’em, right?), and Tyson has gone so far as to start a venture capital fund to invest in this new frontier.

Pacifica is an entirely vegan and cruelty-free beauty brand with a full range of cosmetics, perfumes, and skin-care products. From the beginning, founder Brook Harvey-Taylor (with her husband, Billy Taylor) has been on a personal mission of improving the perception of natural beauty products. You could say that they have more than accomplished this goal, as Pacifica is now a high-quality, compassionate option available at drugstores, big-box stores, and health food stores. This multimillion-dollar brand with 110 employees knows that you can be kind to animals and still “kill it.” 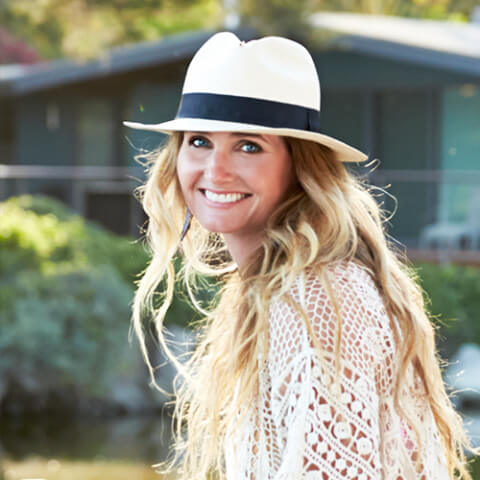 Brendan Brazier is a former professional Ironman triathlete and a two-time Canadian 50-kilometer Ultra Marathon Champion, but you might say that he’s even better known as a vegan nutrition leader and entrepreneur. He’s the formulator and cofounder of Vega, a line of protein powders and other products geared toward high-performance athletes. He’s also the author of the Thrive book series and editor of Thrive magazine. There’s one more aspect to this multifaceted vegan powerhouse: He’s currently investing in “socially responsible food [and] tech companies whose mandate is to fix our food system and reduce the environmental strain of food production.”

Leanne Mai-ly Hilgart is the founder and designer of the cruelty-free VAUTE clothing brand. She recently developed a high-quality vegan wool using eco-conscious fabrics made from a blend of organic and recycled fibers. Take a look at her gorgeous coats and you’ll understand why VAUTE has a dedicated following of compassionate fashionistas.

Miyoko Schinner launched Miyoko’s Kitchen after years of perfecting vegan cheese recipes. Her brand’s vegan cultured nut cheese, butter, and even fresh mozzarella-style cheese can be found at grocery stores across the country, including Trader Joe’s. Countless cows have been spared, thanks to her delicious artisan creations.

Zoni Foods has the greatest backstory. “Zoni” is a combination of the names of cofounders Zoë Lloyd and Nilofer Ahmed, two friends who met at Yale University. While busy with their studies, the pair had a difficult time finding convenient vegan meal options. Zoni Foods now focuses on providing busy people in Connecticut with frozen vegan meal kits.

New York vegan chef Daniel Strong is the co-owner (with his partner, Danielle Ricciardi) of the food stand Chickpea & Olive. A former butcher, he had worked in kitchens all over Manhattan and was most recently the sous chef at dell’anima, an Italian trattoria in the West Village. But after he went vegan, he decided to strike out on his own. Chickpea & Olive serves “phatty” beet burgers, soups, slaws, and more.

Sebastiano Cossia Castiglioni switched to organic farming in 1988 to make his wine company Querciabella one of the first vegan, biodynamic wineries. (If you didn’t know that vegan wine is a thing, read this.) A vigilant animal rights activist, he began Vegan Capital Ltd. to invest in plant-based companies, including Matthew Kenney Cuisine and Beyond Meat. He also serves as an adviser to Lighter, a company that provides vegan meal plans and recipes.

These are just some of the compassionate, animal-conscious entrepreneurs who inspire people every day to turn their dreams into action.

Are you inspired to make the world a better place? Going vegan will help animals, your health, and the environment.