From McCruelty to McPlant: PETA’s McDonald’s Campaigns Through the Years

After decades of PETA campaigns, McDonald’s has finally begun testing a vegan burger in the U.S.! Pressure from PETA and our supporters as well as the changing landscape of vegan food in the fast-food industry—which PETA paved the way for—have made the company finally listen to consumer requests for vegan options. 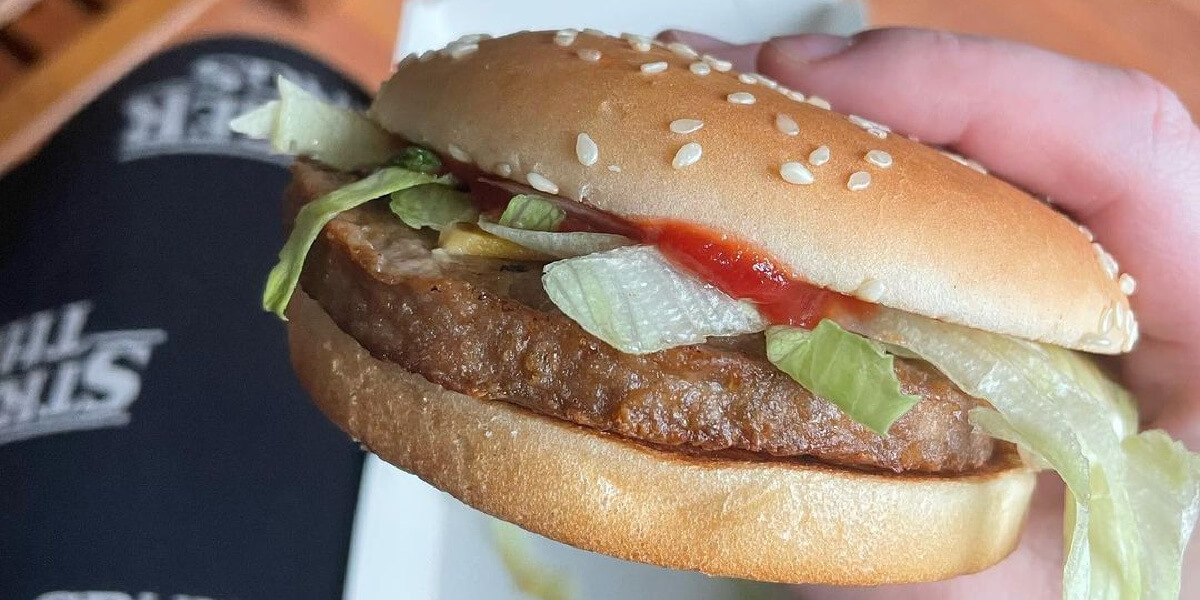 The first test of the McPlant burger in the U.S. began in November 2021 at eight locations, where it sold three times more than analysts expected. Because it performed so well, the chain is expanding it to more than 600 locations in the San Francisco Bay and Dallas–Fort Worth areas starting on February 14.

We’re looking forward to seeing more from McDonald’s in the future, including the permanent expansion of the McPlant burger to all locations and a fully vegan burger with egg-free mayonnaise and nondairy cheese. In honor of this victory, here’s a quick recap of PETA’s McDonald’s campaigns:

1997: Following the “McLibel verdict,” PETA writes to McDonald’s asking the company to take steps to alleviate the suffering of animals killed for its restaurants. 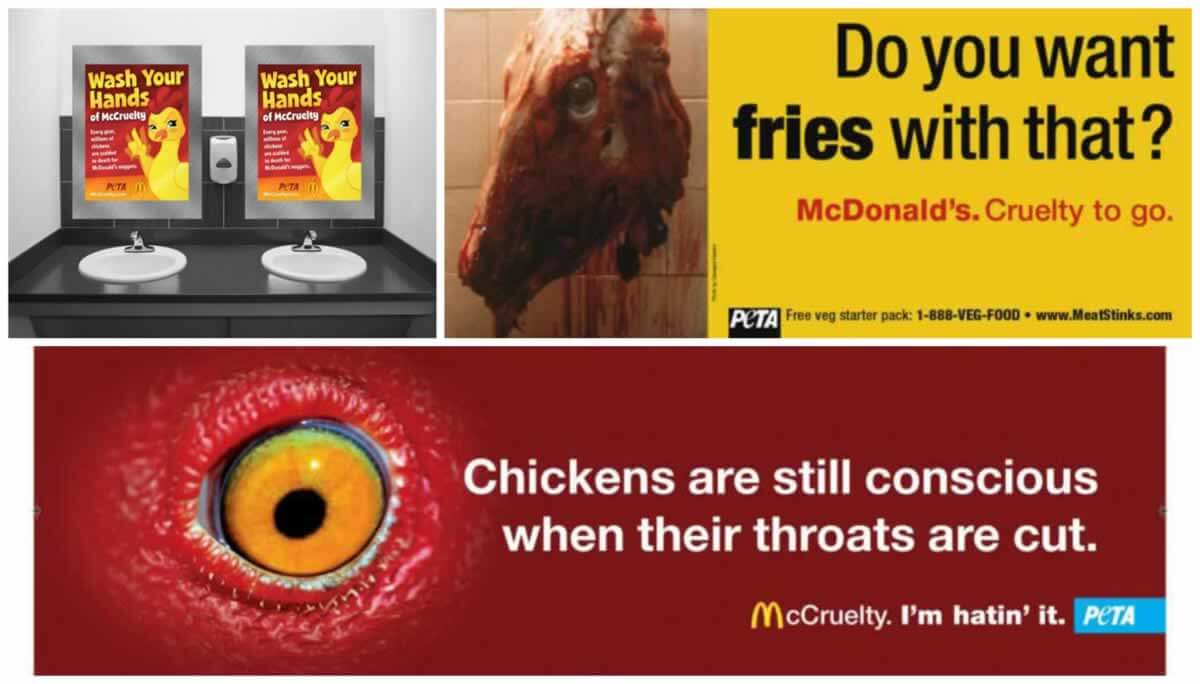 September 2000: Following 11 months of campaigning and more than 400 demonstrations against McDonald’s, PETA announces a moratorium on its campaign after the company agrees to make some positive changes for farmed animals—marking the first time in U.S. history that a major seller of meat agrees to a bare minimum of improvements to farmed-animal welfare. 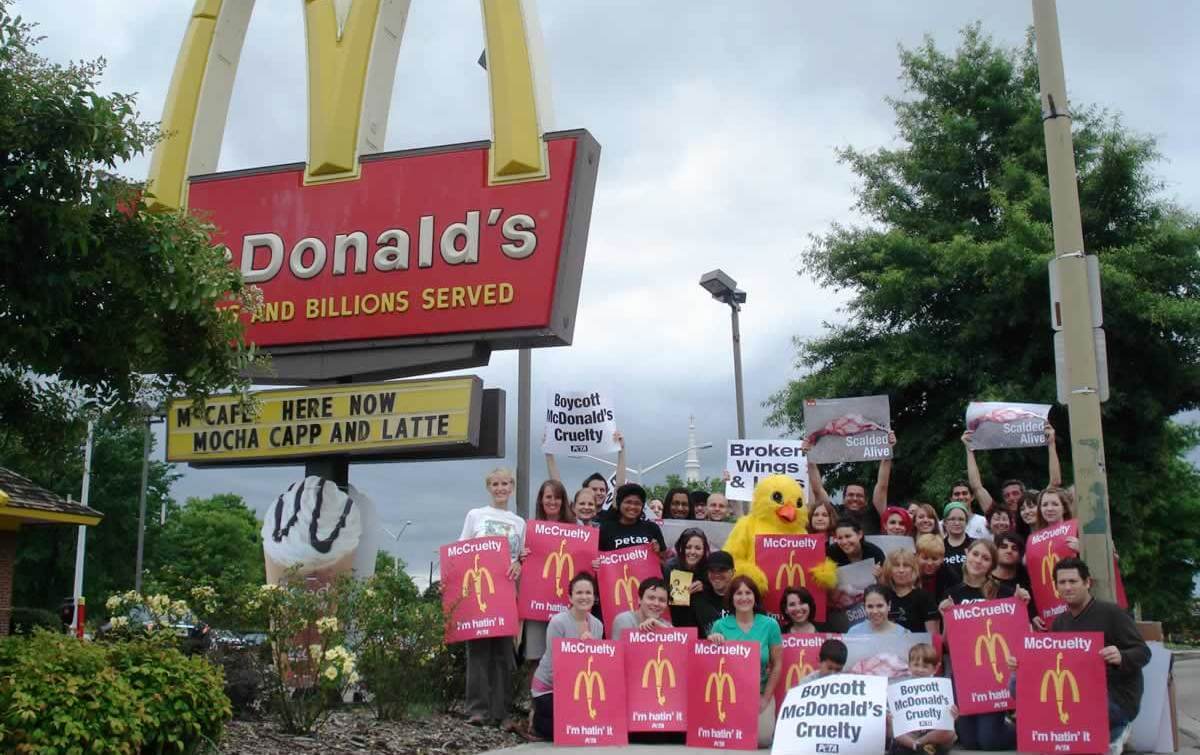 September 2000 to February 2009: PETA tries to work with McDonald’s to modernize the company’s animal welfare standards and make further improvements, especially regarding how its chickens are slaughtered in the U.S., but it refuses.

February 2009: PETA lifts its moratorium against McDonald’s after the company fails to require its U.S. and Canadian chicken suppliers to adopt a less-cruel slaughter method. 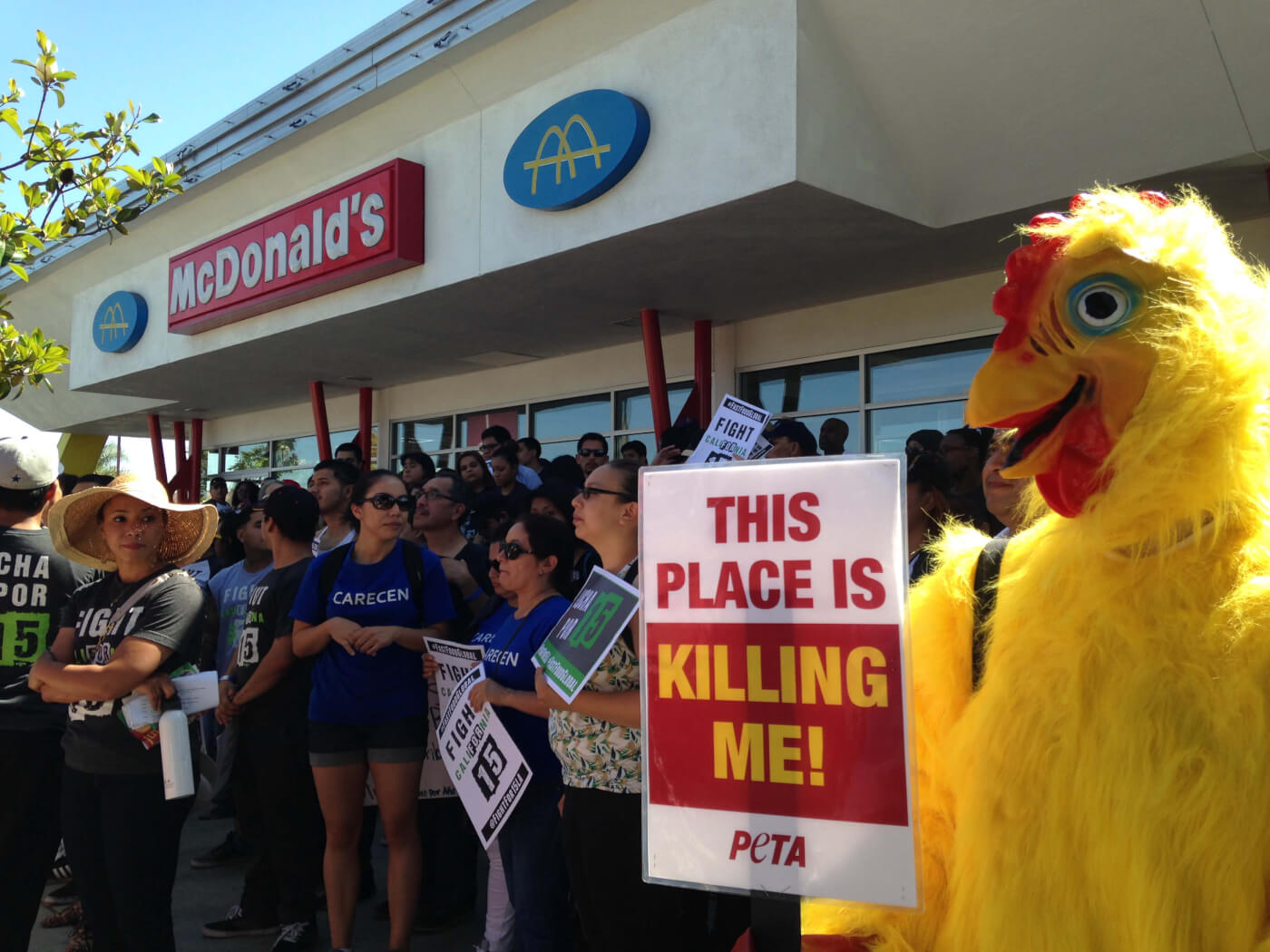 October 2017: After a 20-year campaign, McDonald’s belatedly agrees to implement less-cruel slaughter methods by 2024 for a portion of the birds it kills.

November 2021: The chain successfully launches its first test of the McPlant burger at eight locations in California and Texas.

February 2022: McDonald’s expands the McPlant burger test to more than 600 locations in the San Francisco Bay and Dallas–Fort Worth areas.

While you’re waiting for the McPlant burger to come to a location near you, check out where you can find a vegan burger at other chain restaurants. Our list of vegan burgers can also help you make your favorite at home. Going vegan is the best thing you can do for animals, the planet, and your health. Take our 3-Week Vegan Challenge, and order our free vegan starter kit to learn more today: