Is McDonald’s going McVegan? Following a decades-long PETA campaign, the fast-food chain appears to be done denying how massively popular animal-friendly foods are. Diners at select McDonald’s locations can now enjoy some greener options beneath the golden arches. The first test of the McPlant burger at eight U.S. locations was a massive success and has prompted the chain to expand the offering to more than 600 locations in the San Francisco Bay and Dallas–Fort Worth areas starting on February 14.

This is a big win for cows, but be sure to order yours without cheese and mayonnaise to make it actually vegan. McDonald’s U.K. has already rolled out a fully vegan version of the McPlant burger, which features vegan cheese and egg-free mayo, so we’re hopeful this version will make its way to U.S. menus, too—along with vegan fries. 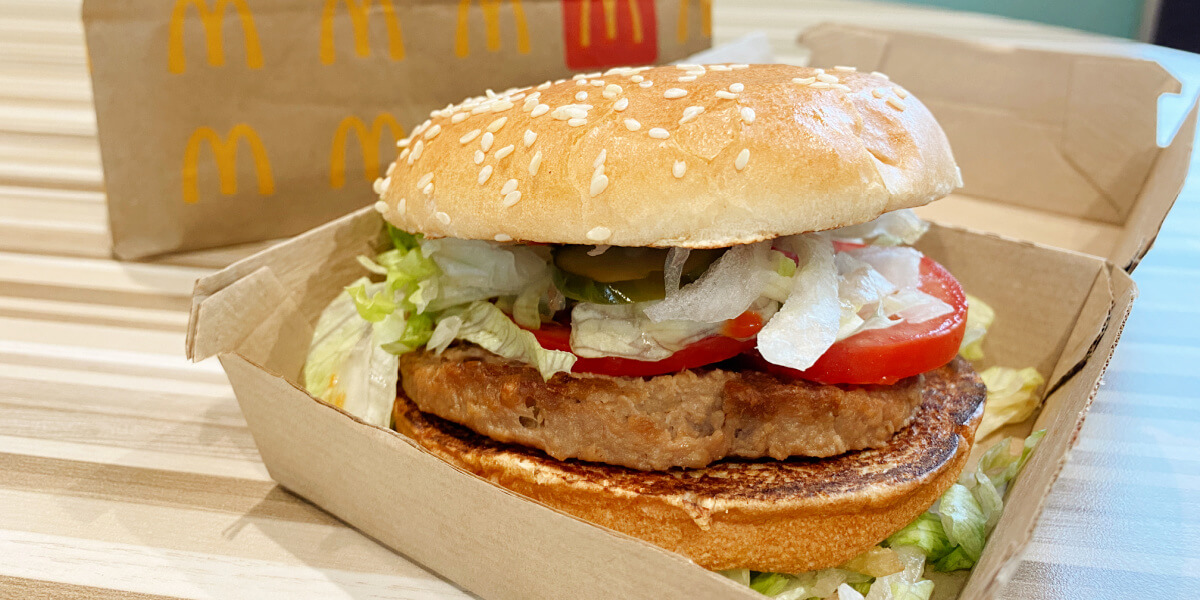 Beyond Meat has already helped other large chains create successful meat-free options, including the Beyond Tacos at Del Taco and the Beyond Meat Breakfast Sandwich at Dunkin’. We’re sure that the new McPlant line will be a game changer for curious diners across the country once the products begin debuting nationwide next year.

Previously, McDonald’s featured a vegan burger on the menu of its Chicago headquarters restaurant. The chain took the most popular menu items from its overseas outlets and added them to its flagship eatery’s menu—this included the vegan McAloo Tikki burger from India. 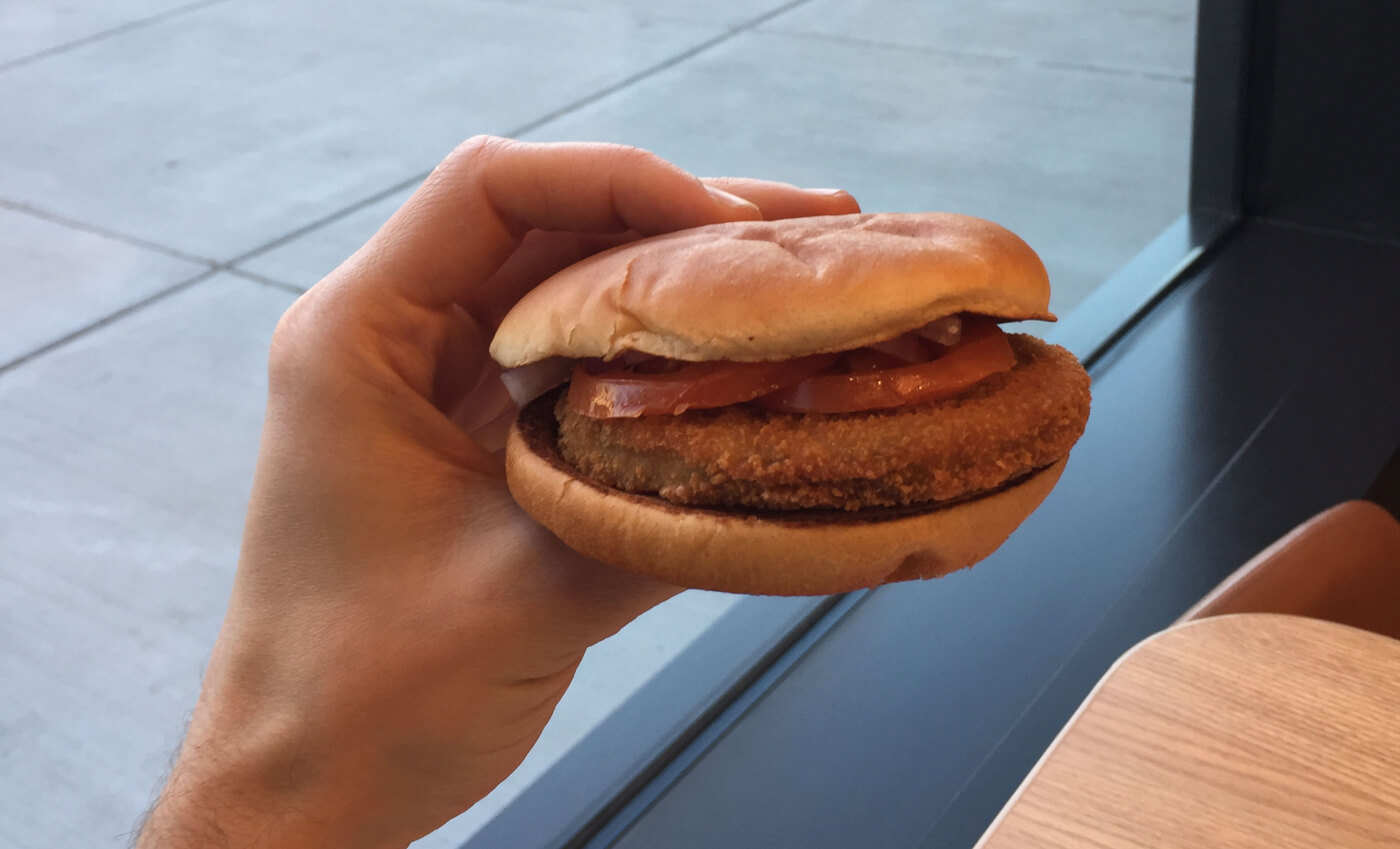 “Customers have expressed interest in items from McDonald’s restaurants located in India and we’re excited to offer them the opportunity to try the long time vegetarian favorite, McAloo Tikki,” said McDonald’s owner and operator Nick Karavites.

Hearing that a vegan burger was a massive hit anywhere in the world is hardly surprising. The only thing that is surprising is how long it took McDonald’s to put a vegan sandwich on a U.S. menu. The chain has been testing vegan burger options in Hong Kong, Saudi Arabia, Singapore, South Africa, the U.K., and—most recently—Norway.

We’ve been urging McDonald’s to do better since 1997, when we attempted to work with the company to ease the suffering of animals killed for its restaurants. After two years and a major lack of cooperation on McDonald’s part, we launched our McCruelty campaign with The Pretenders’ Chrissie Hynde at the helm. 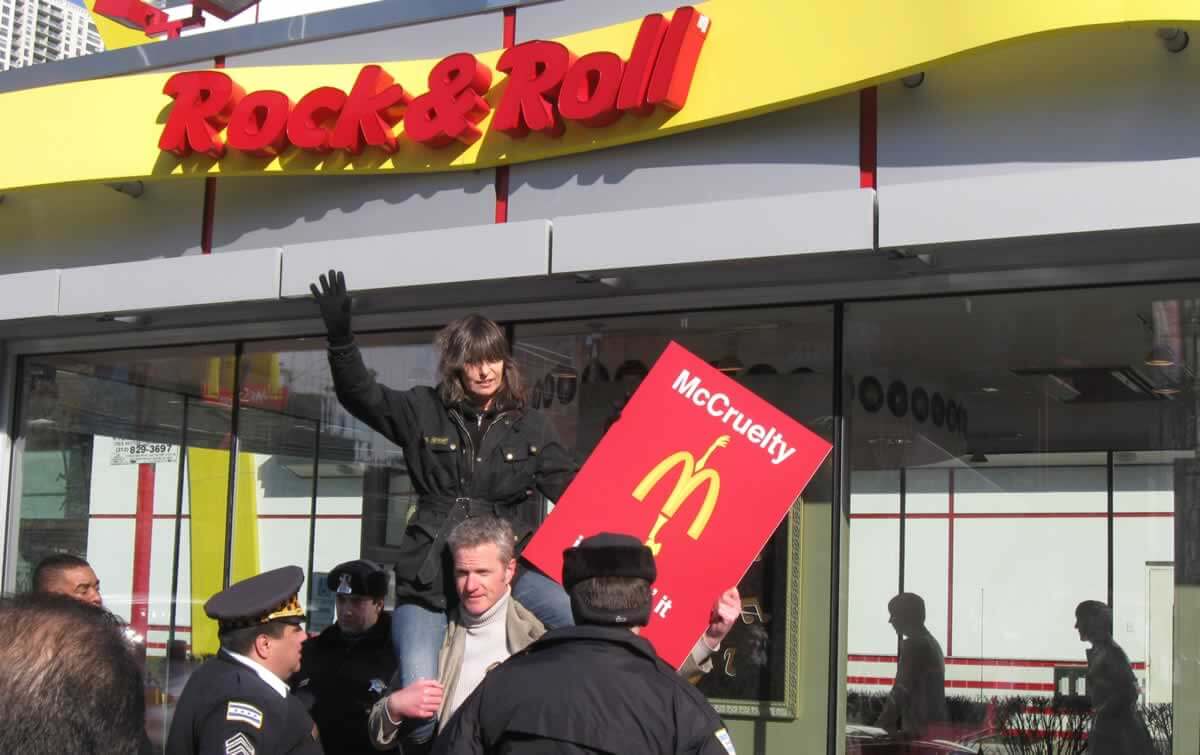 And we haven’t eased up since. We’re certainly thrilled to see McDonald’s join the vegan revolution, but there’s still so much room for improvement. Click below to drop the company a quick, polite note letting it know that you’d like to see vegan items on your local franchise’s menu, too.

Hey, McDonald’s: Add a Vegan Burger to All Your U.S. Restaurants

In the meantime, visit one of these A-grade vegan-friendly burger chains instead.