A staggering 130,000 American horses were slaughtered in Mexico and Canada in 2015, yet the rodeo, racing, and show industries—along with other irresponsible breeders—continue to churn out hundreds of thousands of horses annually.

Two-thirds of horses set to slaughter are quarter horses, and many are castoffs from the rodeo or racing industries. The Thoroughbred-racing industry sends an estimated 10,000 horses to slaughter annually, meaning that half of the 20,000 new foals born each year will eventually be killed for their flesh.

In 2011, PETA eyewitness investigators captured video footage inside the breeding barns at Darley in Kentucky, one of the world’s most expensive Thoroughbred-breeding facilities, where stallions were goaded to “cover” more than a hundred mares each in a breeding season.

Excessive breeding without adequate retirement provisions is lethal. Thoroughbred racehorse Coming Home was bought by a “meat buyer” at a livestock auction for $200 and was about to be trucked to slaughter when PETA stepped in. Following Coming Home’s rescue, PETA supporters called on the Jockey Club to implement our Thoroughbred 360 Lifecycle Fund to help fund retirement programs. The Jockey Club listened and launched the Thoroughbred Aftercare Alliance to raise funds for retirement. However, tens of thousands of horses continue to be slaughtered each year.

Inside the Slaughter Pipeline

PETA investigators found ex-racehorse Royale With Speed, the grandson of Triple Crown winner Secretariat, packed inside a “kill pen” in Kalona, Iowa, among hundreds of panicked horses. By the time investigators saved him, Royale With Speed had been purchased by a meat buyer and was hours away from a harrowing ride to slaughter.

PETA’s investigators followed a trailer from the meat buyer’s property in Iowa to a slaughterhouse in Québec. They witnessed how the 33 horses aboard the transporter endured a 1,100-mile, 36-hour journey in subfreezing conditions and were never given food, water, or a chance to unload and rest.

Eyewitness video footage taken inside the Québec facility revealed that at least 40 percent of the horses were still conscious after receiving a captive-bolt shot to the head. One horse suffered through an agonizing 11 shots before finally collapsing.

“[Horse flesh] is about as healthful as food contaminated with DDT.”

Unlike animals specifically raised for their flesh, the vast majority of horses destined for slaughter have been treated with a multitude of anti-inflammatory drugs, antibiotics, anti-parasitic medications, hormones, and even illegal performance-enhancing drugs that are known to be dangerous to humans.

Of chief concern is a commonly used non-steroidal anti-inflammatory drug called Phenylbutazone, or “bute”—a known carcinogen in humans that can cause bone-marrow toxicity and even death. Bute is prohibited for use in animals raised for their flesh, yet there is no reliable system in place to ensure that horses killed for human consumption have not been treated with bute or other highly toxic and prohibited substances.

Horse slaughter is deadly for horses and dangerous for humans, too. Take a stand against overbreeding and slaughter. Please contact your U.S. senators today and ask them to support the Carter-Fitzpatrick Amendment to the INVEST in America Act, which would end the exportation of horses to Mexico and Canada to be slaughtered. 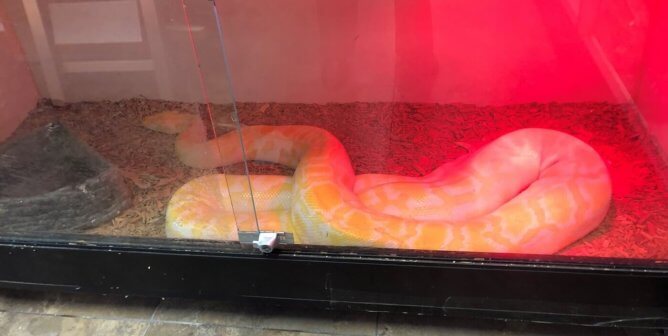 Snakes at Pet Store in California Need Your Help!