Viewing nonhuman animals as little more than research tools, food, fabric, or entertainment is “speciesism,” and it has devastating effects on billions of living, feeling beings.

Definition and Origins
Merriam-Webster defines speciesism as “prejudice or discrimination based on species especially: discrimination against animals” and “the assumption of human superiority on which speciesism is based.”1

The first use of the term can be traced to the 1970s and psychologist Richard Ryder, a member of the Oxford Group, which was made up of academics and students at Oxford University. In “Speciesism,” a pamphlet arguing against experiments on animals, he wrote, “Since Darwin, scientists have agreed that there is no ‘magical’ essential difference between human and other animals, biologically-speaking. Why then do we make an almost total distinction morally? If all organisms are on one physical continuum, then we should also be on the same moral continuum.”2

Ryder and his colleagues later published the collection of animal rights essays Animals, Men and Morals, in which they discussed speciesism further. And at a conference at Trinity College in Cambridge, England, the “Declaration Against Speciesism” was proclaimed and published, stating the following:

We do not accept that a difference of species alone (any more than a difference in race) can justify wanton exploitation or oppression in the name of science or sport, or for food, commercial profit or other human gain.

We believe in the evolutionary and moral kinship of all animals and we declare our belief that all sentient creatures have rights to life, liberty, and the quest for happiness.

We call for the protection of these rights.3

In 1975, philosopher Peter Singer published his groundbreaking book Animal Liberation, which defined speciesism as “a prejudice or attitude of bias in favor of the interests of members of one’s own species and against those of members of other species.”4

And in 2012, prominent scientists and philosophers at the Francis Crick Memorial Conference proclaimed “The Cambridge Declaration on Consciousness,” writing that “the weight of evidence indicates that humans are not unique in possessing the neurological substrates that generate consciousness. Nonhuman animals, including all mammals and birds, and many other creatures, including octopuses, also possess [them].”5

In the same way that other “-isms” lead to discrimination based on arbitrary factors such as skin color, gender, sexual orientation, and physical capabilities, speciesism ascribes an inferior status to others simply because they aren’t human.

Fighting Hypocrisy
Humans, too, are animals—and the ability to experience pain, love, joy, and fear isn’t exclusive to us.

Speciesist thinking involves considering nonhuman animals—who have their own desires, needs, and complex lives—as nothing more than means to human ends. This supremacist line of “reasoning” is used to defend treating other living, feeling beings as though they were property, objects, or even ingredients. It’s a bias rooted in denying others their own agency, interests, and self-worth, often for personal gain. Drawing invisible lines to separate and categorize animals based on the ways in which humans use them is illogical, hypocritical, and harmful.

For instance, most humans think that consuming cat’s milk would be disturbing but see no problem with drinking cow’s milk. Most cows raised for the dairy industry are intensively confined, leaving them unable to fulfill their most basic needs, such as nursing their calves, for even a single day. They’re treated like milk-producing machines as well as genetically manipulated, and they may be pumped full of antibiotics and hormones in order to force them to produce more milk.

Similarly, while there’s a stigma associated with wearing the skin of dogs or cats, shoes and purses made from cows’ skin are commonplace. Every year, the global leather industry slaughters more than a billion animals and then tans their skin and hides.6 Many of these animals endure extreme crowding and confinement, deprivation, and unanesthetized castration, branding, and tail-docking—as well as abuse during transport and slaughter.

And consider that some people protest the Yulin dog-eating festival but celebrate Thanksgiving and Christmas by eating turkeys.7 In the U.S. each year, millions of birds endure brief, painful lives on prison-like farms before being slaughtered for these holidays.

Finally, some animal shelters hold fundraising dinners at which they serve up the bodies of certain animals—such as pigs, chickens, and fish—while simultaneously working to help dogs, cats, and other animals who are viewed as “companions.”

Animals aren’t objects—they’re individuals with their own interests, just like humans. We now know that all animals have the ability to reason, have their own forms of communication, and can solve problems by means that we can’t always understand—yet many still suffer terribly at human hands.

What You Can Do
All sentient beings deserve to be treated with respect and compassion. You can reject speciesism and act with integrity toward all living beings by first recognizing that every animal has the right to live free from human exploitation. And by making even small changes, you can help stop the abuse of sheep, pigs, cows, chickens, and other animals who are no less worthy of a good life than dogs, cats, or humans.

Tens of billions of animals are killed annually in the U.S. for food. Help stop this by pledging to go vegan.

Hundreds of thousands of animals are tortured in the production of personal-care products each year. Find cruelty-free, vegan cosmetics and household products here.

By wearing vegan fabrics, you’ll not only be chic but also save animals from a lifetime of torment. Check out PETA’s list of eco-friendly, vegan clothing brands, and get tips on wearing vegan. 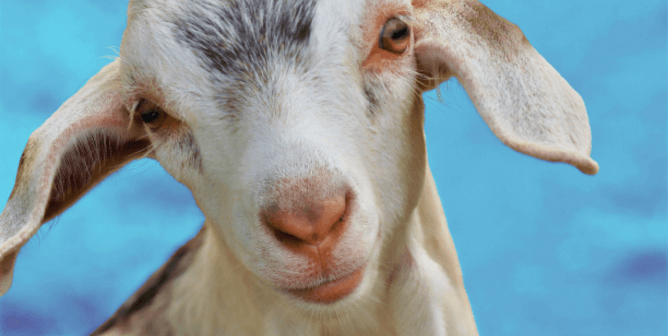 Gamers and PETA Supporters, Unite! Call On Nintendo to Add ‘Not a Nugget’ to Smash Bros.