Wild animals aren’t ours to imprison, gawk at, or touch, yet thousands of them are kept caged in barren, filthy enclosures at roadside attractions. They’re separated from their families and friends—all for the sake of human entertainment. But petting zoos, touch tanks, and facilities that offer photo ops and other hands-on animal encounters aren’t only bad for the stressed animals held in these sleazy operations, they also send a dangerous message to people about interacting with animals in their natural habitats.

Dear Everyone, Animals Are Not Selfie Props (Updates)

Roadside zoos, bear pits, and television shows that encourage humans to touch captive wild animals may lead people to believe that those kinds of animals won’t defend themselves when they’re approached in nature. These days—in a world full of photos on social media showing people posing with, petting, holding, or riding animals—people are getting closer and closer to wildlife, and both humans and animals are becoming injured and dying as a result.

Baby tigers used for cub-petting encounters or photo ops at tourist traps are often ripped from their mothers shortly after birth. These cubs experience extreme stress, and some are even subjected to physical abuse. Once the tigers are no longer babies and become too large and dangerous to pose for pictures, they’re typically shipped off to other roadside zoos and forgotten.

Since 1990, more than 125 big cats and 20 humans have died in captivity-related incidents in the U.S. For everyone’s safety, keep your hands away from tigers.

Across the country, hundreds of bears spend their lives confined to small concrete-floored enclosures or pits in roadside zoos. Some cubs are separated from their mothers as infants, so instead of being nurtured as nature intended, they spend their days being forced to participate in photo ops with tourists. Their lives are typically devoid of any comfort or opportunities to engage in natural behavior.

Many bears locked up in roadside zoos are deprived of the proper veterinary care needed to treat the multitude of physical and mental problems that they can develop in these poor conditions. Cubs used for photo ops have been observed pacing, crying out, and chewing on cage bars—all signs of psychological distress.

Cub-petting programs at roadside zoos give humans a false sense of security around bears, and the consequences have repeatedly proven deadly. Never attempt to feed, approach, or pose for a photo near a bear.

Why wouldn’t people run up to touch sea lions resting on the beach, since they can get “kisses” from one at the county fair? 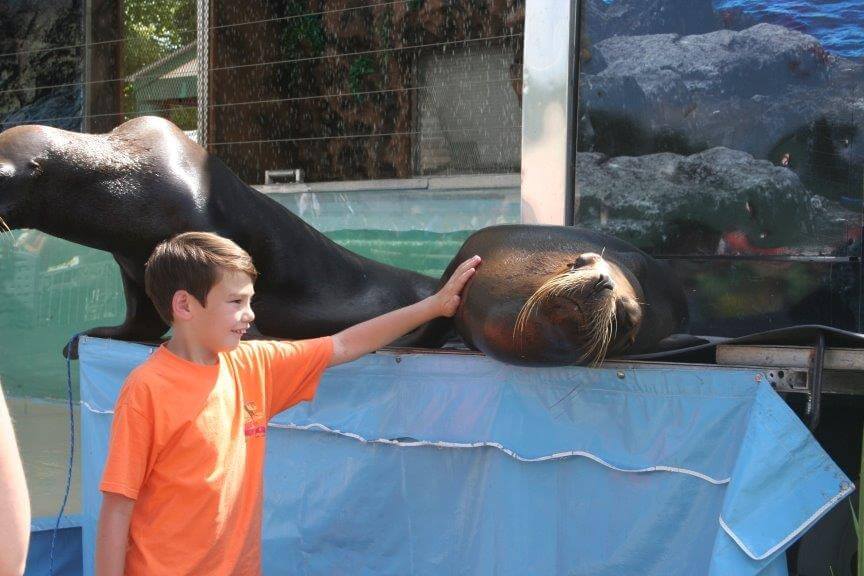 Something far worse than that happened in 2016, when a seal pup was euthanized by authorities after a woman spotted the lone animal on a Washington state beach, stuffed him into a shopping bag, and took him to her home.

Harbor seal pup euthanized after being carried off a Washington beach in a shopping bag. https://t.co/ZV1gDk4iaq pic.twitter.com/piQ54VAPJY

Whether you’re considering taking a selfie with a wild animal or attempting a misguided “rescue,” if your actions could hurt or endanger the animal, it’s not worth it.

At sham “sanctuaries” around the world, young elephants are beaten into submission and then forced to let travelers ride on their backs. They’re made to perform confusing and sometimes painful tricks, including walking on tightropes, balancing on two legs on a small drum, painting pictures, and dancing. But if tourists knew what elephants endured for their vacation photos, they would delete them—and the industry itself. 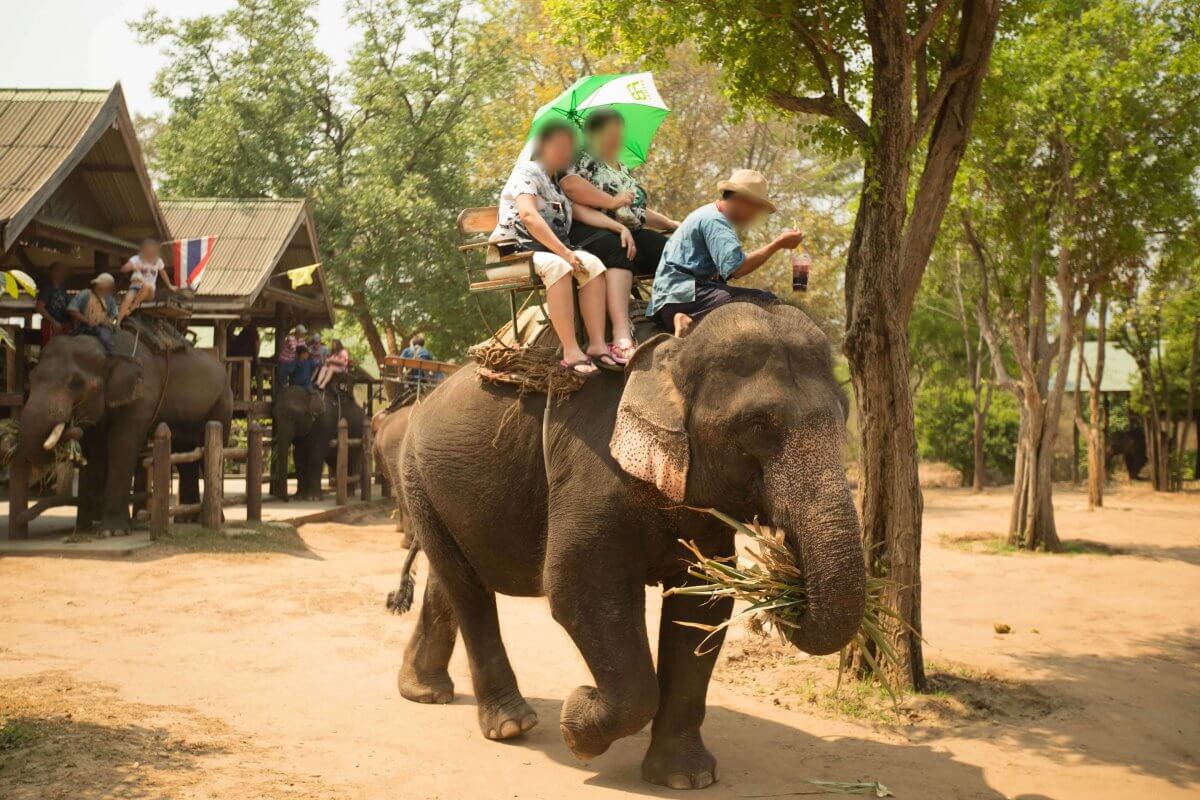 Because public awareness of cruelty to captive elephants has increased, many attractions are trying to dupe tourists by adding words such as “sanctuary,” “rescue center,” “refuge,” or “retirement facility” to their name. But the abusive training methods and deprivation are the same. Fear, domination, and pain cause the elephants to follow the trainers’ commands to let people ride, feed, touch, or bathe them. 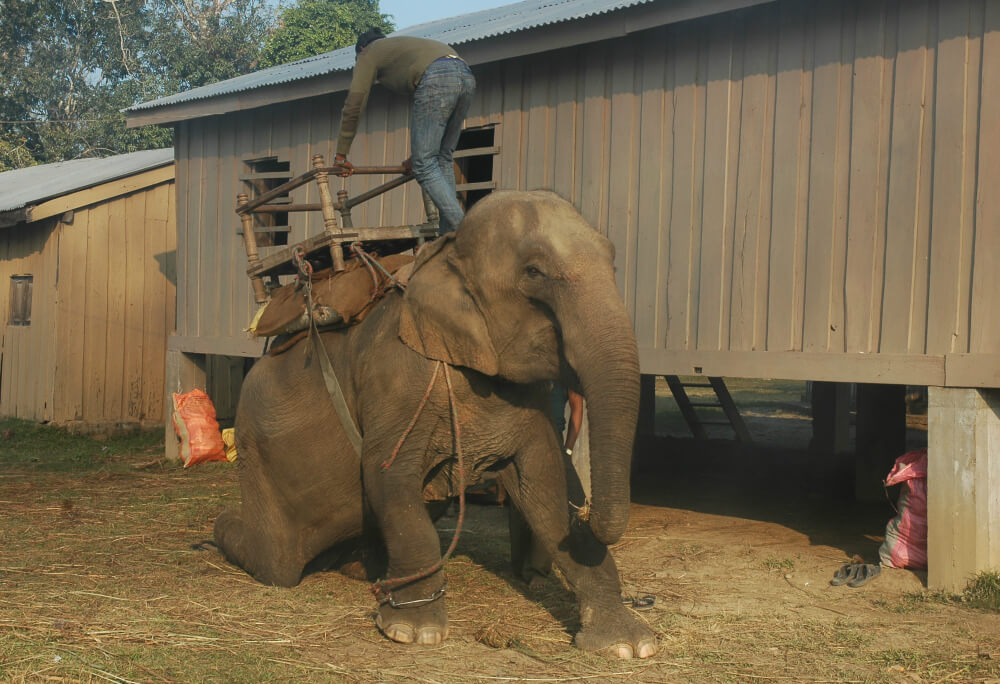 It isn’t safe for humans to make direct contact with elephants—getting too close can be deadly. According to reports, eight people were fatally trampled by elephants in just 10 days in the Indian state of West Bengal in 2019.

Everything about a marine animal’s life in a touch tank is artificial. These animals are unable to engage in natural behavior that’s important for their well-being—they can’t swim vast distances, migrate, socialize as they choose, or forage for food. The tanks often become inescapable death traps in which sensitive aquatic animals are unable to avoid continual onslaughts of groping hands that contaminate the water with bacteria. 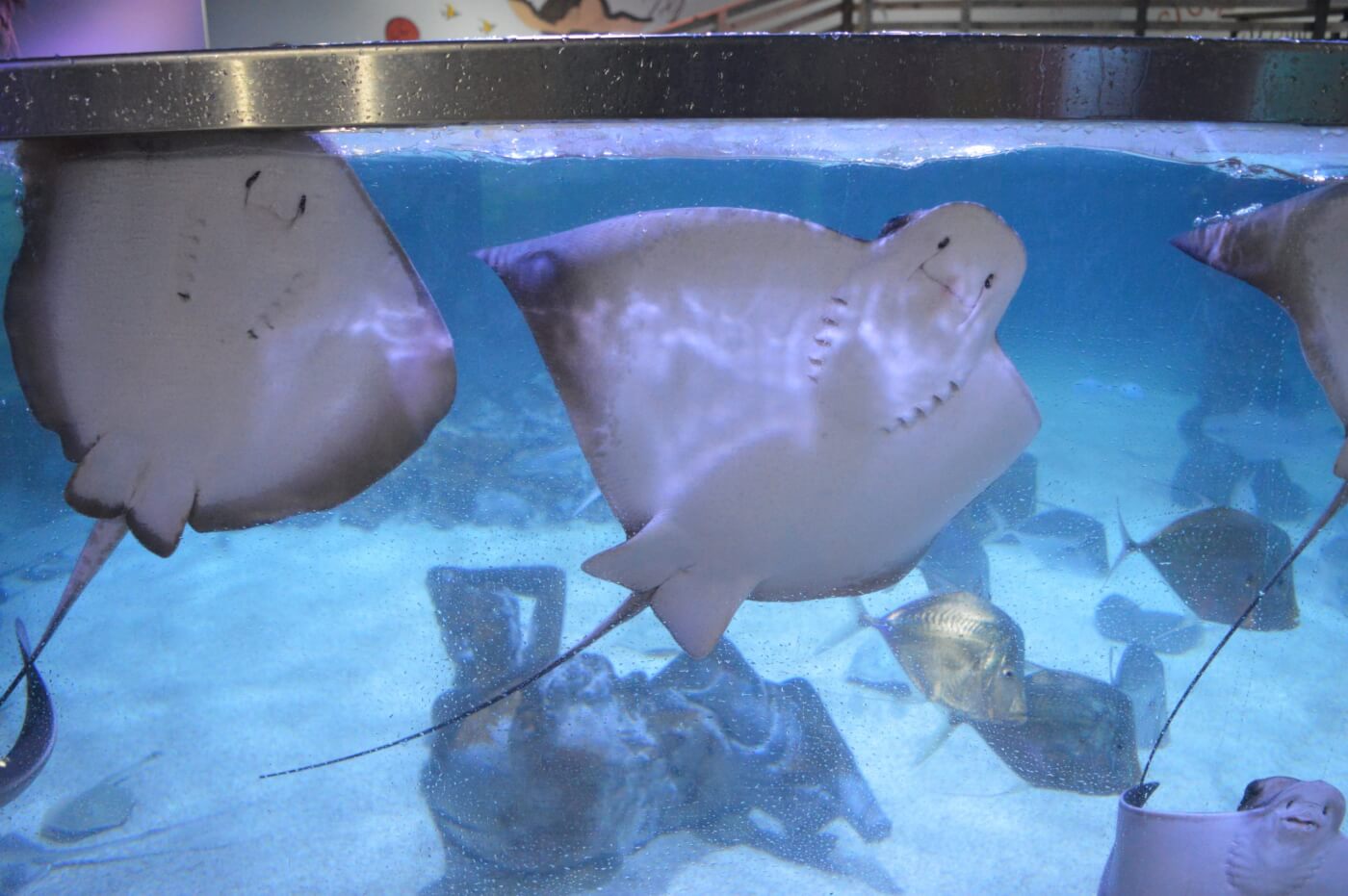 Within a month of SeaQuest’s grand opening in Folsom, California, a stingray died. The animal was found dead in a touch tank by a visitor—not an employee—who noticed him or her lying lifeless, partially buried under sand. Reportedly, the stingray was in a state of decomposition, yet kids were touching the corpse. And at SeaQuest’s Colorado location, at least 41 people were injured by animals in less than a year, including from shark bites and a stingray barb that became stuck in an individual’s hand.

#SteveIrwin was killed while harassing a ray; he dangled his baby while feeding a crocodile & wrestled wild animals who were minding their own business. Today’s #GoogleDoodle sends a dangerous, fawning message. Wild animals are entitled to be left alone in their natural habitats. https://t.co/9JfJiBhGLw

Stingrays’ barb tissue is commonly clipped every few months when the animals are used in touch tanks, which places them at risk for stress, infection, and greater injury. This practice also leads people to underestimate the risk involved in approaching stingrays in the sea who haven’t been mutilated.

Dolphins at “swim with dolphins” attractions are forced to stay in claustrophobic swimming pools or polluted sea pens. Many develop painful conditions, such as stomach ulcers, and some die prematurely from the stressful conditions of captivity. Driven by greed, many facilities operate almost continuously, giving the animals little break from tourists.

Tiny dolphin dies after being passed around on Argentine beach for photographs https://t.co/ILJQyCtQ5F pic.twitter.com/YORX548IAA

Many illnesses can be passed from dolphins to human visitors, including fungal and bacterial infections. People have also been bitten and sustained broken bones during their swimming sessions.

Baby dolphin dies after being surrounded by tourists posing for photos https://t.co/tlArRZjQBs

Dolphins are highly intelligent, sensitive, and self-aware individuals. Young dolphins live in close-knit family units with dedicated mothers who may nurse their calves for up to 10 years. Marine parks lead people to believe that it’s OK to touch dolphins, resulting in fatal consequences: An incident in which a mob of beachgoers pulled a baby dolphin from the ocean and passed the animal around for selfies—leading to his or her death—made international headlines in 2016.

Like all other wild animals, kangaroos don’t thrive in cramped, barren conditions. In 2016, news outlets across Canada reported that a kangaroo at a traveling petting zoo, kept for periods of time in an outdoor pen with inadequate shade and drinking water, began foaming at the mouth. A concerned passerby told reporters that he became aware of the kangaroo’s condition when his 10-year-old sister began to cry after seeing the animal lying on the concrete floor of a cage with no protection from the sun.

Members of the public attempt to pet or feed kangaroos in nature, no doubt because many roadside zoos feature “kangaroo walkabouts” or allow photo ops with baby roos.

Why not decide to handle an octopus, since apparently it’s OK to touch any animal at an interactive aquarium? That’s the mistake one aspiring social media star made when she decided to film herself attempting to eat a live octopus:

Cephalopod expert Dr. Jennifer Mather explains that octopuses “can anticipate a painful, difficult, stressful situation—they can remember it. There is absolutely no doubt that they feel pain.”

Octopuses are so intelligent that they’re sometimes referred to as “primates of the sea.” Like chimpanzees, crows, dolphins, and humans, they use tools. They’re complex and clever individuals—not props for videos or food for dinner plates.

Animals are not ours to use for entertainment. This means that you should never support businesses that exploit captive animals for profit or try to include wild animals in your selfies. Remember: The species listed on this page aren’t the only wild animals who don’t want to be touched.

Leave wildlife in peace. If you spot an animal in nature, the best thing you can do is keep your distance. Whenever possible, aim to stay about 100 yards away—the length of a football field. Don’t disturb, feed, or attempt to move wild animals, because this can interfere with not only their own natural behavior but also the behavior of other nearby animals. Observing animals through binoculars or a long-range camera lens can help you get in touch with nature while keeping everybody safe.

If you discover an animal who’s clearly injured or sick, contact local authorities, rather than taking matters into your own hands. You don’t want to make the situation worse. If no one is willing or able to help, contact PETA.

PETA makes it easy to take action for animals held captive in roadside zoos, marine parks, and other shady venues. Check out the pages below to discover ways to help dozens of animals with the click of a button. 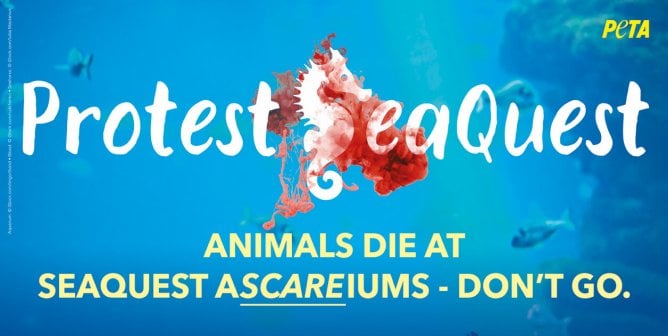 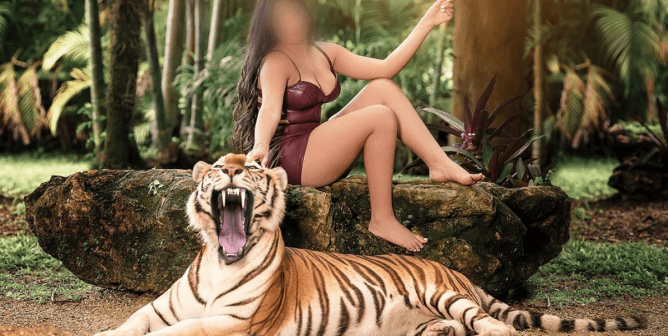