You may know them for their skillful mountain climbing, but did you know that goats are intelligent problem-solvers? And that’s just scratching the surface. These gentle, curious animals are fascinating in ways that will make you realize why “GOAT” stands for “greatest of all time.”

Goats are herd animals, so they are happiest in the company of others and can become depressed if they’re separated or isolated from their companions.

2. Cleanliness is important to them.

Goats are keen on cleanliness and spend lots of time primping. Mothers bond with their young by giving them a bath.

Goats are highly inquisitive, and they use their mouths and noses to investigate unfamiliar objects—including food. They are meticulous, skilled foragers who mostly munch on woody vegetation, like leaves, weeds, and vines, and are highly selective when it comes to what they eat and will often nibble off the most nutrient-rich parts of plants and discard the rest. 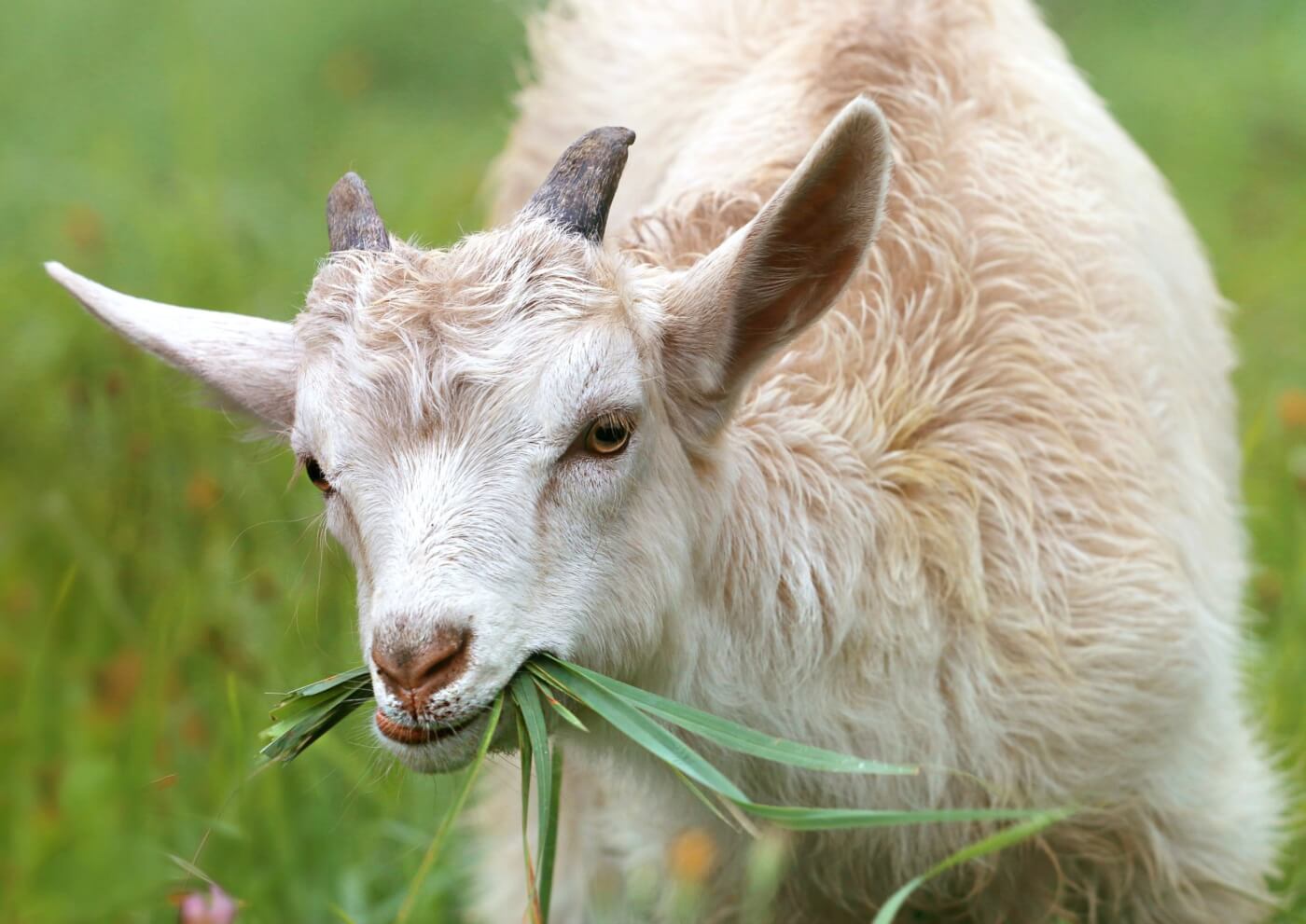 Studies have shown that goats can distinguish human facial expressions and prefer to interact with humans who appear to be happy.

Goats communicate through vocalizations called bleating, which allows them to express emotions and be identified by others. Each goat has a distinct call, which helps mothers recognize their young.

6. Play is important to them.

Goats love to climb and feel safe and content when they’re on high ground. Many animal sanctuaries have jungle gyms and elevated platforms for them to romp around on. Baby goats even hop onto caregivers’ backs or climb onto other animals. 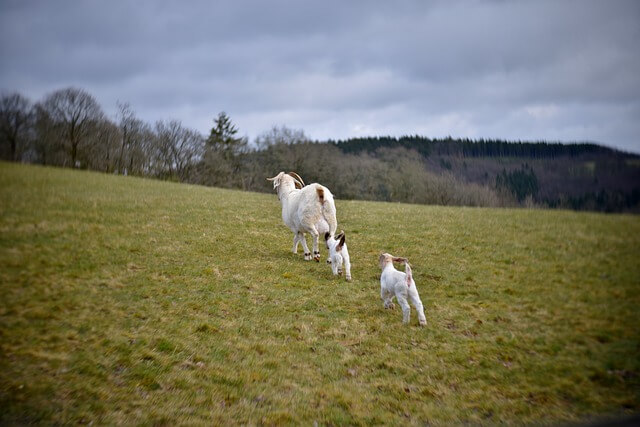 Once a hierarchy is established within a herd, two special goats take charge of its welfare. The most dominant male goat becomes the “top buck.” He is responsible for the group’s protection and will usually guard the rear when the herd is on the move.

The “herd queen” is the most dominant female goat. She leads the group to the best grazing areas. If the herd queen is absent, the others will be confused until another takes her place.

As natural problem-solvers, goats can learn new skills by watching others. These goal-oriented animals are notably good at figuring out how to open gates and access hard-to-reach food, such as by standing on their hind legs to reach tree leaves. 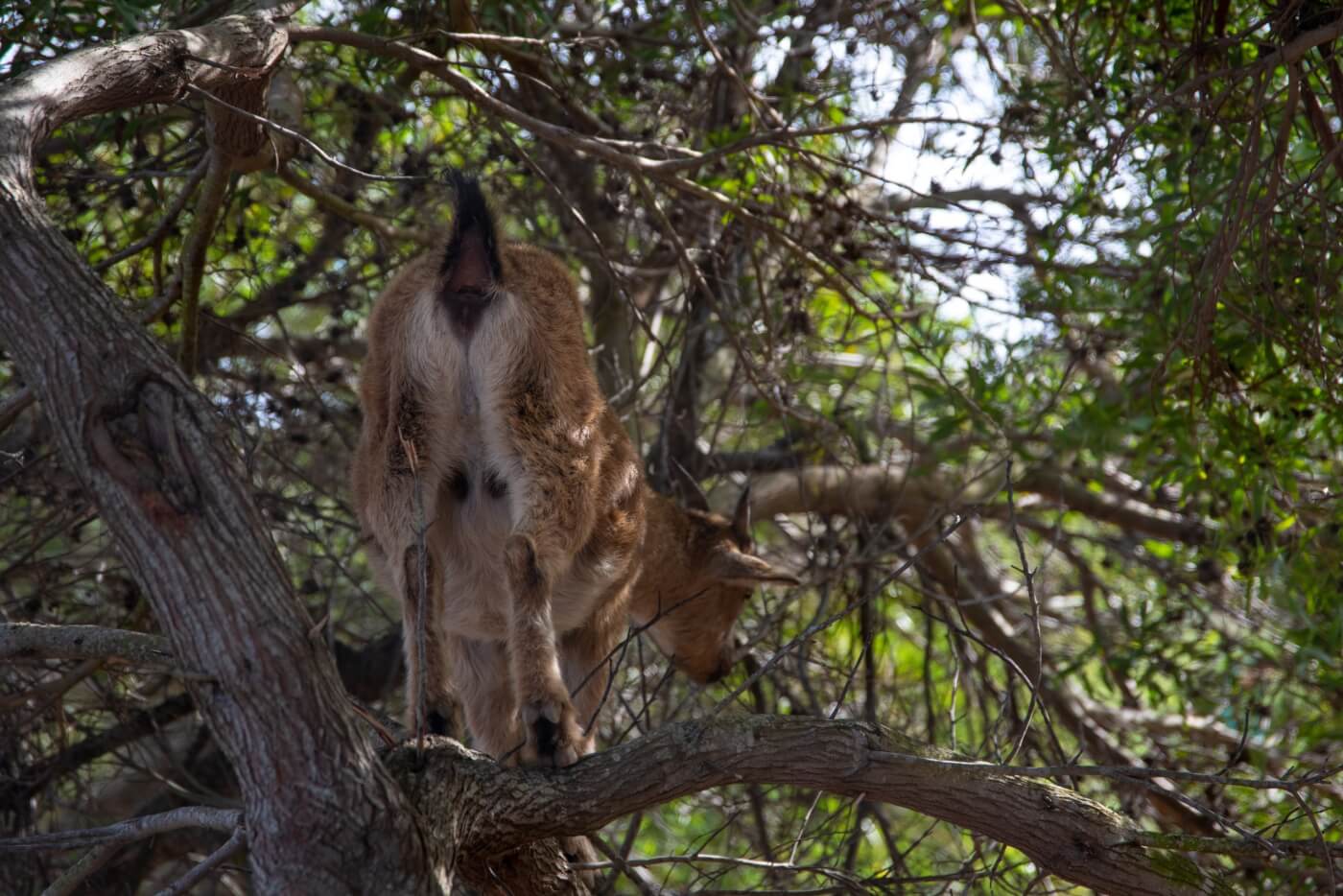 Did you know that the U.S. military uses goats as stand-ins for wounded soldiers in cruel trauma training exercises in which goats’ legs are broken and cut off with tree trimmers while they’re still alive? The clothing industry exploits them for mohair, and when they’re shorn, workers often pin them down and mutilate them with sharp shears due to rough and hurried handling.

You can help them by never buying mohair and by speaking out against barbaric trauma training drills. Please send a polite e-mail urging the U.S. Department of Defense to end its use of animals in all trauma training—as the U.S. Coast Guard did after an exposé by PETA—and use superior, human-relevant technology instead: