Beauty With a Vegan Purpose—Meet the 69th Miss Universe!

Beauty with a vegan purpose—that’s what the newly crowned Miss Universe, Miss Mexico Andrea Meza, showed the world at the 69th annual pageant. As a proud vegan and winner of one of the four major international beauty pageants, Meza has put the spotlight on animal rights on a global stage—and PETA is here for it!

When Meza isn’t claiming international beauty pageant titles, she’s sharing her love for vegan meals with her 1.6 million Instagram followers. (She’s also a software engineer and an activist against gender violence—is there anything she doesn’t do?)

The Mexican sweetheart has advocated for going vegan for animals and the environment. We couldn’t agree more. The cruel meat and dairy industries tear babies away from their mothers; pack animals into crowded, unsanitary sheds; deny them the space they need to stretch and move around; and slaughter them by the billions. In addition, animal agriculture is, by some estimates, responsible for more greenhouse-gas emissions than all the world’s transportation systems combined. So PETA is very pleased that the 69th Miss Universe is calling attention to the benefits of going vegan. 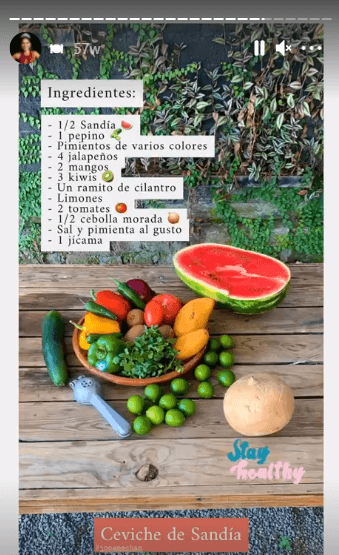 Meza has even encouraged her followers to adopt animals instead of shopping for them. This is wonderful news for cats and dogs everywhere who eagerly await adoption in animal shelters or struggle to survive on the streets because they have nowhere to go. Refusing to buy from breeders is just one of the ways we can help end animal homelessness, and we’re glad Meza is using her large public platform to speak up for companion animals.

Don’t wait for the stars to align—be like Meza and go vegan today. You can start by taking the vegan pledge and ordering one of PETA’s free vegan starter kits: