Disney’s Cruella just premiered, and already we have exciting confirmation of PETA’s success in persuading the studio to include an “adopt, don’t shop” message! The film’s end credits incorporate the disclaimer below, which rightly reminds audiences that “[e]very dog deserves a loving home” and encourages viewers interested in welcoming an animal companion into the family to give dogs in shelters their “happily ever after.” 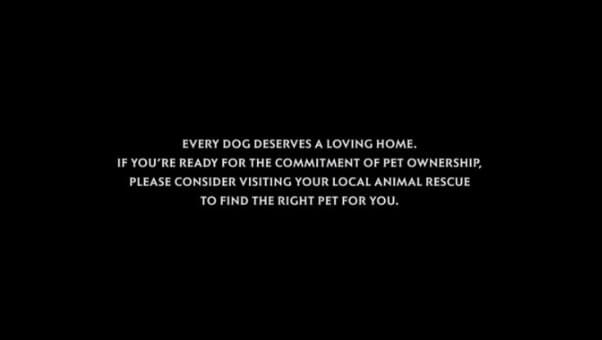 No one can turn back time and undo the Dalmatian-buying frenzy sparked by 1996’s 101 Dalmatians, but the folks behind Cruella did heed PETA’s plea to include a disclaimer in the villain-centric spin-off film urging audiences not to buy dogs. Now that’s a Disney ending!

Disney’s 1996 live-action remake of 101 Dalmatians set off a Dalmatian-buying frenzy among families who fell in love with the pups on screen. But this impulse-buying boom was quickly followed by the surrender of countless Dalmatians to animal shelters. Others were dumped on the streets or chained in backyards after people realized that taking care of an animal is no easy task. With Cruella set to be released on May 28, PETA is trying to prevent a disastrous sequel by urging viewers to adopt, never shop.

There are simply not enough good homes for the millions of homeless dogs and cats out there.

Every time someone buys a dog from a breeder, one in a shelter loses their chance to find a family. Always adopt. #AdoptDontShop #SpayAndNeuter #InternationalHomelessAnimalsDay pic.twitter.com/SUFqdBm2KW

No Fairytale Ending for These Dogs

Once the novelty of a new puppy wore off, many people who bought Dalmatians on a whim discovered that, like all animals, their new puppies required large amounts of time, attention, patience, and money.

A PETA Foundation staffer whose father bought a Dalmatian from a breeder after the release of 101 Dalmatians now shares her experience as a warning to others: “My dad said that it’s never a good idea to buy a dog from a breeder and that Dalmatians in particular are very energetic dogs who require more attention and patience than people may expect.” 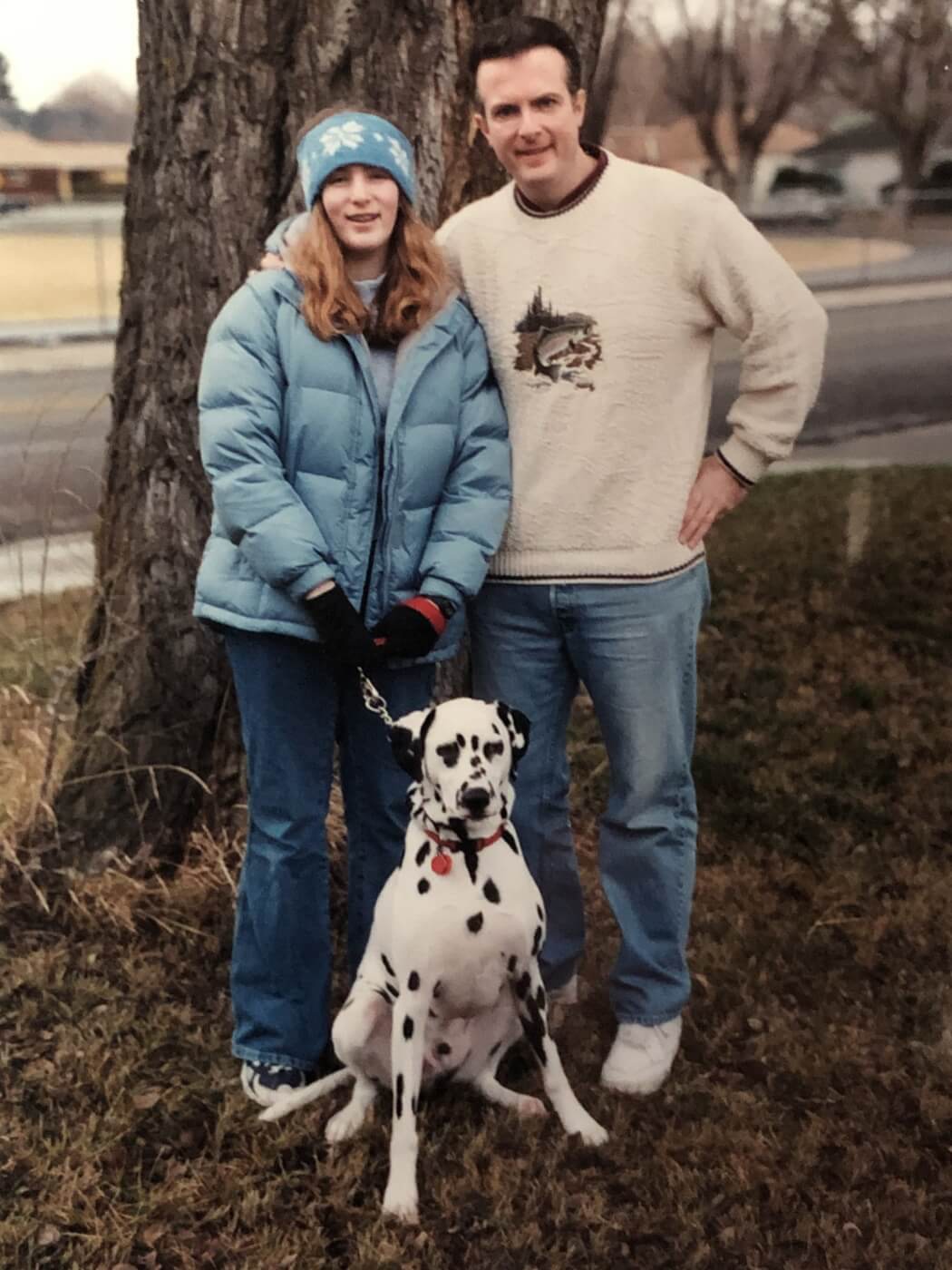 A PETA staffer whose family bought a Dalmatian after the release of 101 Dalmatians now urges everyone to never buy from breeders, pet stores, or anywhere else.

Not only are Dalmatians highly active dogs who need plenty of outlets for their energy every day (including long walks, safe opportunities to run, and playtime), they’re also predisposed to several serious health problems, which can make caring for them more challenging. Around 30% of these dogs are deaf to some extent, and the breed is prone to developing kidney and bladder stones, which are excruciatingly painful and can even kill them. “Purpose breeding” has made these issues more prevalent, as breeders and puppy mills prioritize the appearance of Dalmatians’ spotted coat pattern over their health.

Animal shelters already take in more than 6 million animals each year—they can’t afford another wave of “101 Dalmatians syndrome,” which led to a reported 300% increase in Dalmatian intake in shelters across the country. When shelters are overwhelmed by such a sharp influx of unwanted dogs, many animals have to be euthanized.

Leave the Cruelty to ‘Cruella’

Cruella-like cruelty doesn’t just exist on the big screen—puppy mills that churn out litter after litter of Dalmatians and other breeds confine dogs to cramped, filthy cages and hutches, typically outdoors; deny them adequate veterinary care; and kill or auction off female dogs when they can no longer reproduce.

And every animal sold by a breeder or pet store means one less home for an animal awaiting adoption at a shelter. An estimated 70 million homeless dogs and cats are struggling to survive on the streets each day, so the last thing that people should do is buy “purebreds” (who make up 25% of dogs in shelters).

Help Us Prevent Another Dalmatian Inundation

Dogs are sensitive, living beings with emotions and interests of their own—they’re not toys or trends. We’re hopeful that audiences will finish watching the film wanting to help solve the companion animal overpopulation crisis instead of exacerbating it. One simple way to do that is by refusing to buy animals from breeders, puppy mills, pet stores, or anywhere else. Industries that profit from animals are no better than the de Vil herself.