To know whether ghee is (or can be) vegan, it’s helpful to understand what it is. Ghee is made from butter, which is usually made of dairy milk, most commonly stolen from cows, goats, or buffaloes. The animal-derived butter is melted in order to separate the milk solids from the liquid fat. The collected liquid fat is known as ghee. While it contains less lactose than butter, it’s still a result of animal exploitation.

Where Does Ghee Come From?

Most ghee is made in India and the U.S. On the majority of Indian factory farms, called tabelas, farmers tether calves using tight, short ropes. Calves have been known to strangle themselves while trying to reach their mothers. Farmers attach mother cows to unsterilized electronic milking equipment, which often causes them to develop infections such as mastitis.

In the U.S., workers also attach female cows to milking machines. Male calves are slaughtered for veal or raised and killed for beef, and females are often forced to follow their mothers in the cycle of forced impregnation, birthing, and milking until they are no longer profitable and are sent to slaughter.

On dairy farms worldwide, drugs are frequently given to the mothers to make them produce vast quantities of milk—four times the amount produced by cows in 1950. As soon as a cow can’t get pregnant or yield enough milk to be profitable, she’s shipped to the slaughterhouse to be made into cheap hamburger. All cows, goats, and buffaloes in the dairy industry face this end, even if companies put “humane,” “organic,” or “grass-fed” labels on butter. Cows—the most common source of milk used to make ghee—can live to be 25 years old, but those used in the dairy industry may live only four or five years. 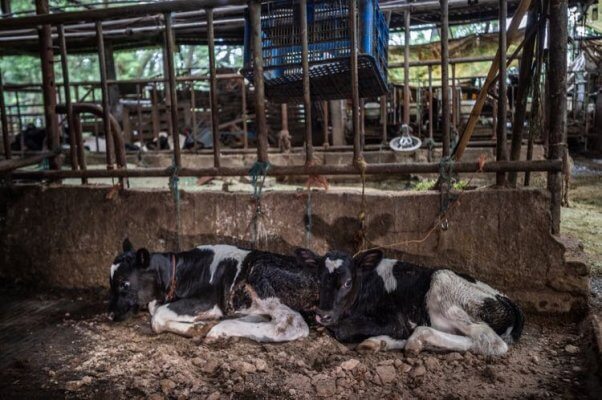 Are Ghee Production and the Dairy Industry Bad for the Environment?

On top of harming cows and using them for profit, the dairy industry causes widespread environmental devastation. In 2017, the National Resources Defense Council released a list of the worst foods for climate change, and butter ranked third. Making ghee involves even more steps, using more resources, and causing even more damage. 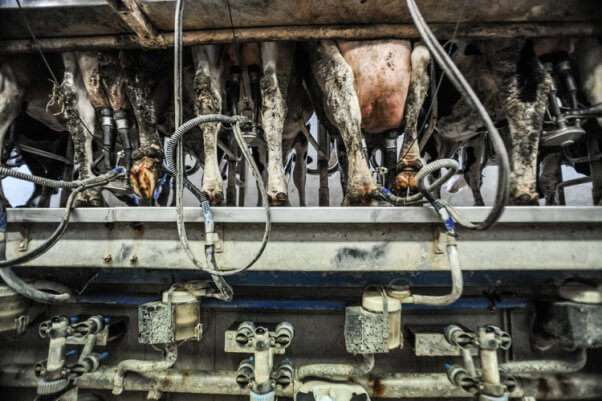 So, Is Ghee Dairy-Free? Is Ghee Vegan?

For the reasons listed above, no, commercial ghee is not dairy-free and is definitely not vegan. However, there are vegan options in stores, just as vegan butter, vegan cheese, and vegan yogurt are available! And there are great recipes for making vegan ghee. 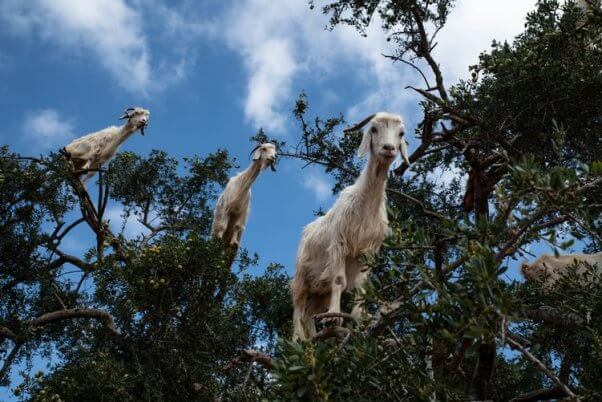 Yes, vegan ghee exists! Check out this five-step recipe for an option made with coconut oil.

Cows, goats, and buffaloes are intelligent social beings who quickly form bonds with their young. Consider the following facts:

It’s easy to have a great meal without harming animals. Check out this PETA-approved list of dairy-free cheeses, milks, and ice creams for more ideas on making the switch to animal-free options. 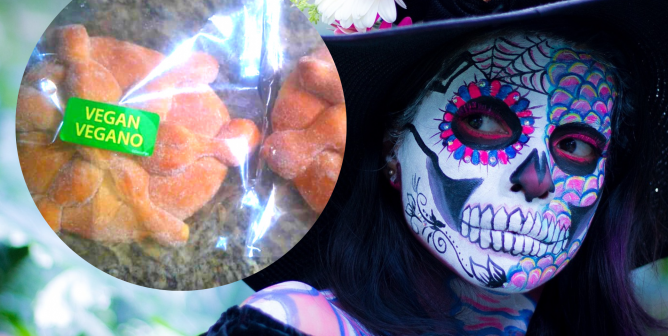