Is pasta vegan? Most packaged pasta—including spaghetti, rotini, and any other type—is 100 percent vegan. To know for sure, simply check the ingredients on your package!

Companies have become more creative in the recent past, making pasta from foods such as rice, beans, legumes, sea kelp, yams, and sweet potatoes, among others. Many are gluten-free and enriched with vitamins, minerals, and protein.

Many of Your Favorite Pastas Are Vegan

Popular brands like Barilla, Mueller’s, and Ronzoni as well as store brands offer many varieties of vegan pasta.

Brands such as Explore Cuisine carry all-vegan, organic, and gluten-free noodles and are widely available at Whole Foods, Sprouts, Lassens, Costco, and Walmart.

Frozen ravioli is also available at some specialty stores and Sprouts. Try Kite Hill, which is all-vegan, or look for the vegan varieties from Rising Moon.

Dining out? Ask the server if the pasta is vegan, as some restaurants make pasta in-house and use eggs.

Create your own pasta masterpiece with delicious recipes like our spinach and cashew cheese ravioli or these simple noodles. 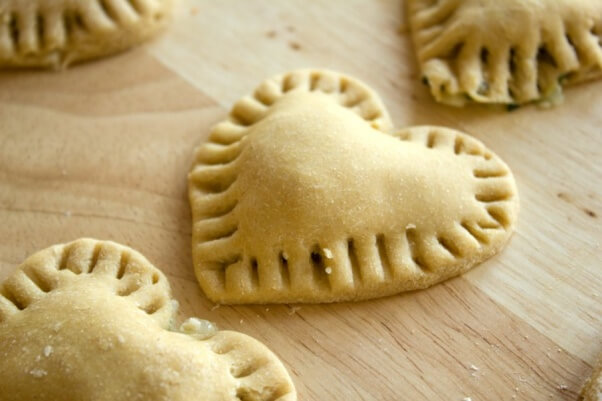 Have you been thinking about becoming vegan for animals, the environment, or your own health?

Today’s a fine day to change your life! Order our free vegan starter kit to help get you going: