On Tuesday, July 23, officials in Sauk County, Wisconsin, squandered an opportunity to take a stand against the extreme cruelty of Jill and Clint Kane’s planned beagle mill and instead voted to grant a permit for this prison. As a result, they’ve condemned thousands of dogs to lives of terror and pain in the laboratories that will eventually purchase them as if they were no more than pieces of equipment. This is wrong for the animals, who aren’t laboratory tools; the community, which has clearly stated that it doesn’t want this slimy business in its town; and humans in general, who don’t benefit from animal testing.

PETA won’t stop until all experiments on animals are shut down.

Help dogs imprisoned at Liberty Research, a contract testing laboratory in New York where dogs have been injected with insecticides and holes have been drilled into their heads.

The Sauk County Land Resources and Environment Committee will vote tomorrow on whether or not to approve a large-scale dog-breeding operation in Spring Green, Wisconsin, proposed by Jill and Clint Kane, a local couple who intend to sell the dogs to laboratories. Hundreds have signed our action alert urging state officials to deny their permit application. Now, actor, longtime PETA supporter, and Wisconsin native Kristin Bauer van Straten is adding her name to the list. Today, she wrote to Chuck Spencer—chair of the committee—urging him to “do the right thing.”

“I don’t want to see our beautiful state become a home for this scheme,” Bauer van Straten wrote. “I implore you to choose the path of integrity and compassion and preserve the natural splendor of Wisconsin by taking definitive action to reject this proposal.”

If you’re a Wisconsin resident, please keep scrolling to find out how you can help prevent thousands of dogs from suffering. If you’re not, you can still help dogs like these—click here to urge Texas A&M University, which operates a nightmarish dog laboratory, to do the right thing, too.

Great news! The Village of Spring Green Plan Commission denied a conditional-use permit for the dog prison that Jill and Clint Kane (a Spring Green, Wisconsin, couple) want to maintain in their garage. 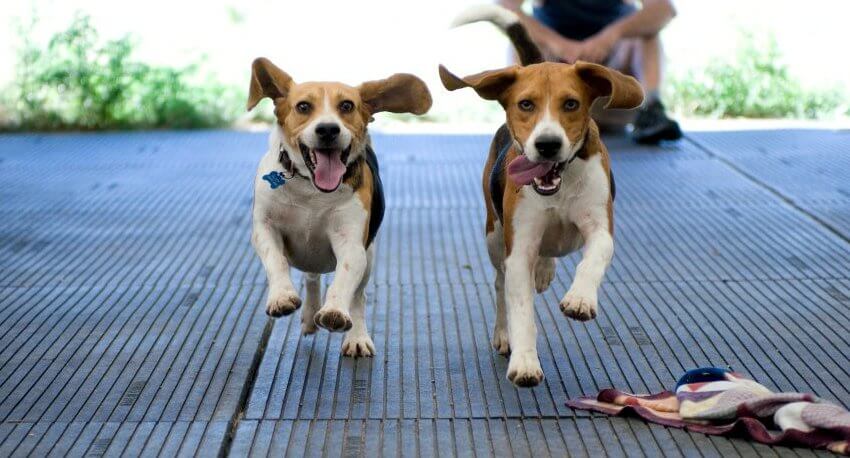 The final vote for a separate permit for the Kanes’ proposed larger beagle-breeding mill is scheduled for July 23. If you’re a Wisconsin resident, please keep scrolling to find out how you can help prevent thousands of dogs from suffering.

Applause and cheers echoed through a Spring Green Town, Wisconsin, board meeting yesterday after board members voted to withdraw their May 14 approval of a beagle-breeding mill that would sell puppies to laboratories.

The Spring Green Town Board held a special meeting to reconsider its initial approval of the shady operation at the request of two board members and after Joel Marcus—chair of the Village Plan Commission and Village Board trustee—said that he felt “blindsided” by the revelation that the dogs would be sold to laboratories, a gruesome fact that the applicants had conveniently left out. The special meeting followed complaints from PETA and local activists, including the group Dane 4 Dogs. Nearly 500 Wisconsin residents signed our action alert urging officials in Spring Green and Sauk County to vote against the proposal.

How did this awful proposal ever get approved in the first place?

Jill and Clint Kane, the Spring Green couple who applied to open the breeding mill, were reportedly not entirely upfront about the nature of their business plan. Board members learned that the dogs would be sold to laboratories not from the Kanes but from community members opposed to the proposal.

We’re one step closer to protecting thousands of beagles from potential tragedy.

The Kanes want to breed and raise 150 to 1,000 beagles in a local barn that they rent. They also want to keep about 54 dogs in their own garage. Reportedly, none of the animals would ever be allowed outside. While still puppies, they’d be sold to laboratories to spend their lives being tormented by experimenters, just like these dogs:

The board’s decision to withdraw its initial approval is certainly progress, but it’s not quite a victory yet. Approval for the Kanes’ facility is now up to the Sauk County Land Resources and Environment Department. Although the county will take the town board’s recommendation against approval into consideration during a July 23 committee meeting, we still encourage all concerned locals to attend the meeting and voice their opposition. Meeting details are below.

If you’re a Wisconsin resident, please sign our action alert.

If you’re not a Wisconsin local but still want to help, you can. Golden retrievers at Texas A&M University are being bred to develop canine muscular dystrophy, a disease that ravages their bodies, causing progressive muscle wasting and weakness. Click below to urge the school to close its dog laboratory, release all dogs for adoption into good homes, and redirect its resources toward humane research methods: