Some experimenters are now calling on their partners in crime to “embrace openness” about testing on animals. PETA agrees: They need to tell the whole truth. 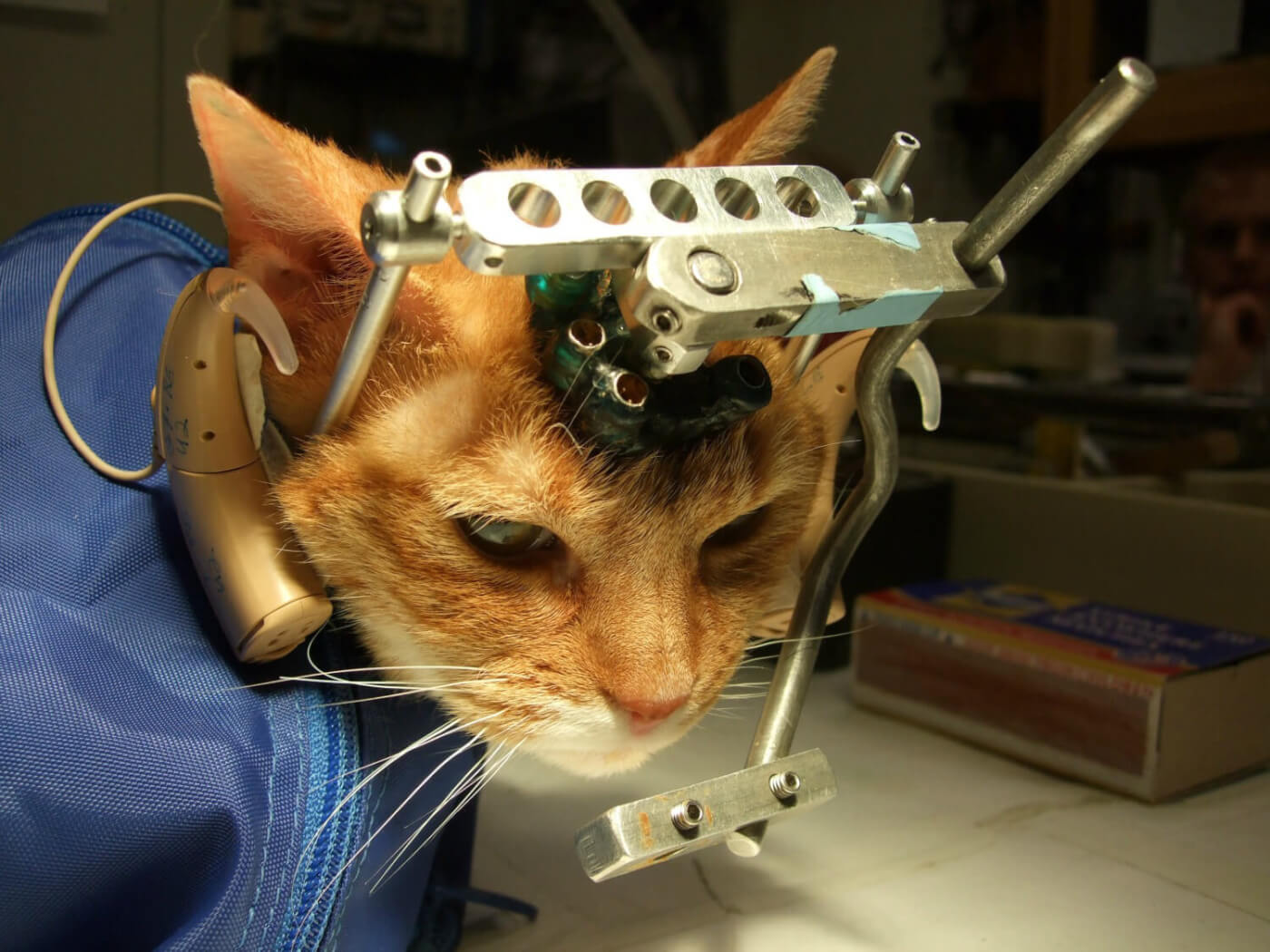 PETA was forced to sue the University of Wisconsin–Madison to obtain photos of cats who were tormented and killed in worthless experiments in the school’s laboratory—including this one of a cat named Double Trouble—after it refused to release the photos in response to a public records request. Is this what experimenters mean by “openness”?

As PETA Senior Vice President Kathy Guillermo told the journal Science, “We urge animal experimenters to video[tape] everything they do, from inducing heart attacks in dogs to shocking the feet of mice to cutting open the skulls of monkeys, and release it to the public that funds most of it. We ask them to be open about the fact that 90% of animal studies fail to lead to treatment for humans and to explain why they still use animals in drug research when 95% of new drugs that test safe and effective in animals fail in human trials.”

This pretense of embracing transparency is the latest ploy of animal experimenters to keep tax dollars flowing to the atrocities that they commit inside laboratories. We aren’t fooled. Experiments on animals are always cruel, and they’re not helping humans. Wear our anti-experimentation t-shirt to spread the message.

Join PETA in sending a polite e-mail to your members of Congress urging them to stop throwing away taxpayer money on cruel, useless animal experiments and instead focus on modern, non-animal methods of research.