Terrified and suffocating to death, countless inshore hagfish spilled onto an Oregon highway after the truck carrying them was involved in an accident and overturned. Shaped like eels and known for the mucous-like slime that they secrete when stressed, hagfish (“slime eels”) may not be well known to Americans, but their bodies are eaten across the Pacific Ocean in Korea. And that’s exactly where they were headed at the time of the accident, according to reports.

Local authorities cleared the scene of the accident by apparently smashing and pushing about the dead or dying hagfish with a bulldozer and hosing off the roadway. The sheer number of animal bodies visible in just this short clip below shows the heartbreaking waste and callousness that come along with treating animals as nothing more than “food.”

Maybe you’d never dream of eating a hagfish, but these types of incidents aren’t as uncommon as you might think. Often, trucks carrying animals to slaughter crash, throwing cows, chickens, pigs, and other animals onto busy highways or crowded city streets. These animals, disoriented and sometimes injured in the crash, are shown no mercy and are often packed onto another truck to continue the terrifying trip to the slaughterhouse. Only a lucky few escape.

People from various cultural and religious backgrounds around the world would never think of eating pork, yet here in the U.S., every year, millions of pigs are subject to the same fate that these hagfish were meant to endure. All animals, no matter what they look like, are capable of feeling pain and fear, and they all value their lives. The lines we draw between species to determine which deserve our compassion are arbitrary.

Give All Animals a Break—Stop Eating Them!

No one wants to die in a slaughterhouse (or on the way to one). You can help put an end to the atrocities animals face by going vegan and lowering the demand for their flesh and body parts. Order PETA’s free vegan starter kit for tips and recipes to help you make the transition to a cruelty-free diet today. 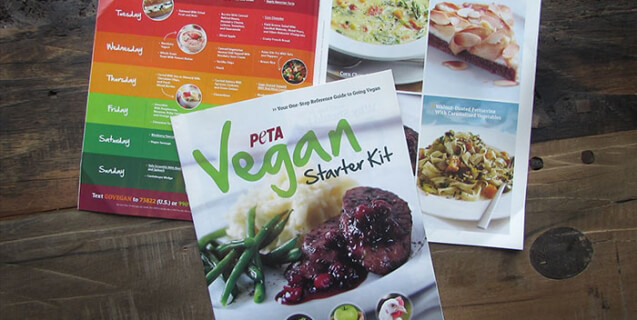