Update (October 12, 2022): THIS JUST IN! On the heels of Sen. Cory Booker’s letter to Secretary of Health and Human Services Xavier Becerra questioning the National Institutes of Health’s decision to give yet more tax money to the University of Washington’s (UW) primate center (details below), PETA has obtained recent photos showing filth at UW’s depressing monkey-breeding facility in Arizona. 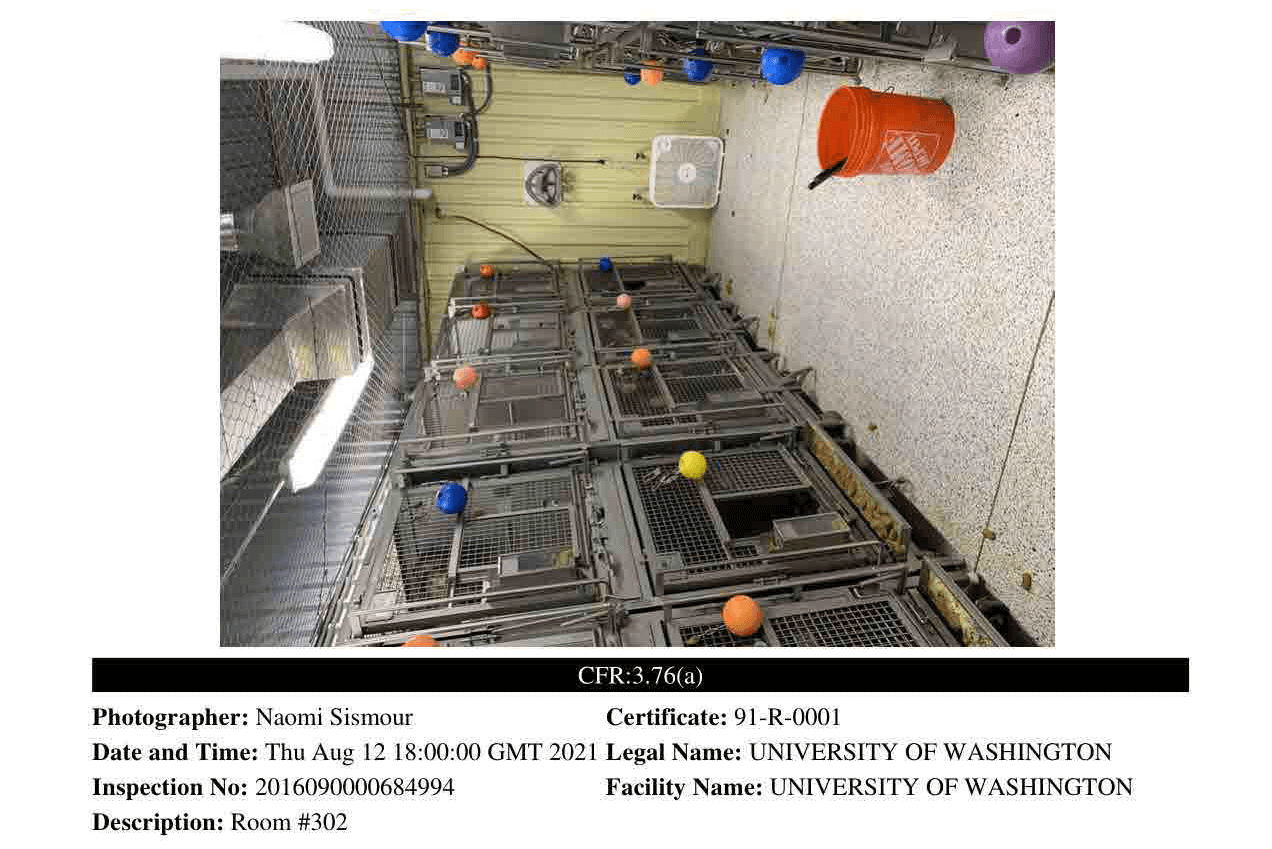 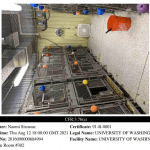 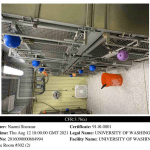 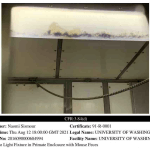 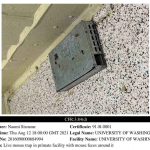 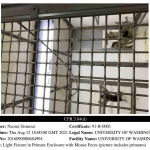 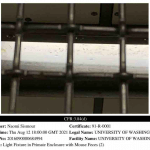 These photos were taken during a routine inspection by the U.S. Department of Agriculture (USDA). Inspectors documented huge accumulations of feces from mice in the light fixtures. (Is anyone else thinking about hantavirus?) Once again, a UW facility imprisoning monkeys shows that it can’t be trusted to care for animals properly or even to provide them with safe, clean housing—a violation for which it was cited by the agency. The photos also reveal a dingy hospital room in which cages caked with monkey feces and monkey chow were stacked. According to the USDA citation, temperatures soared above 85 degrees for hours in this windowless room where endangered pig-tailed macaques, presumably ill, were confined. There’s nothing for the monkeys to do in this disgusting, soulless space but sit in bleak cages, day after day. This is UW’s “state-of-the-art” breeding facility that’s costing taxpayers tens of millions of dollars? This demonstrates UW’s “unwavering commitment” to animal welfare? These USDA images show that the only thing the Washington National Primate Research Center is unwaveringly committed to is deception. 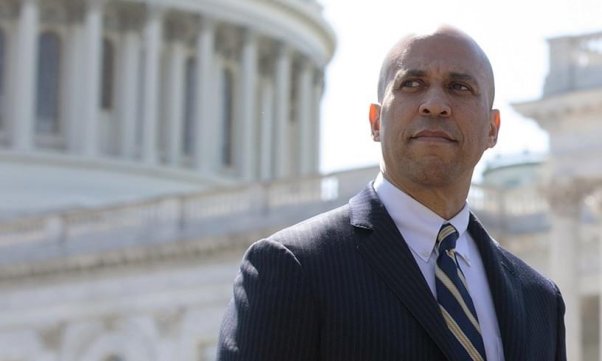 In a powerful letter sent today to U.S. Health and Human Services Secretary Xavier Becerra, Sen. Booker outlines the litany of disturbing issues that plague the WaNPRC and its monkey-breeding facility in Arizona. He notes that despite damning evidence of incompetence and legal violations, the National Institutes of Health recently saw fit to award the WaNPRC a nearly $13 million infrastructure grant on top of the tens of millions it already receives to torment monkeys in useless experiments:

It has come to my attention that the National Institutes of Health Office of the Director has renewed the base operational funding grant, called the P51, to the Washington National Primate Research Center (WaNPRC) at the University of Washington. This grant was renewed despite documentation of multiple unresolved, serious issues, including failure to maintain biosecurity—which threatens not only public safety but has also compromised the health of the monkeys and data from studies using them—repeated animal welfare violations, financial issues with taxpayer funds, and failure to comply with both state and federal laws.

Sen. Booker goes on to detail his many concerns about the WaNPRC. PETA shares these concerns, which include the rampant and unintended diseases affecting the monkeys—such as valley fever and tuberculosis—which threaten public health and render the results of any experiment these animals are subjected to compromised, if not worthless. The senator adds that the WaNPRC has sold or transferred hundreds of monkeys—including those with unintended infections—to research facilities across the U.S.

Sen. Booker goes on to point out the following issues:

In light of this cruelty, incompetence, negligence, and disregard for state and federal laws, Sen. Booker has requested that Becerra investigate how, exactly, this funding ever got approved, concluding, “An investigation into the oversight and approval process would shed much-needed light on why this deeply troubled facility continues to receive federal funding.” 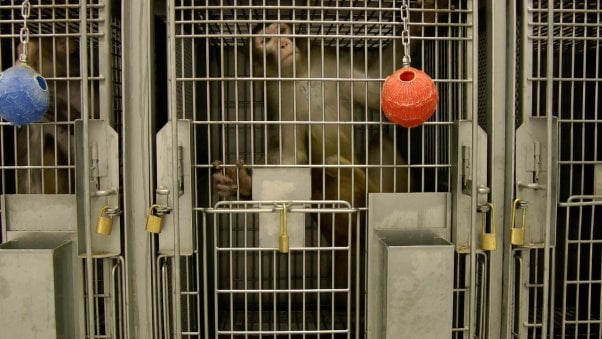 Help PETA Shut Down the WaNPRC

We applaud Sen. Booker for speaking up for the proper use of tax dollars, sound science, and our fellow animals—and you can speak up, too! Join thousands of PETA supporters in calling for the immediate closure of the WaNPRC and the release of the monkeys, many of whom are endangered pig-tailed macaques, to reputable sanctuaries where they would be safe and treated with the dignity that they deserve. 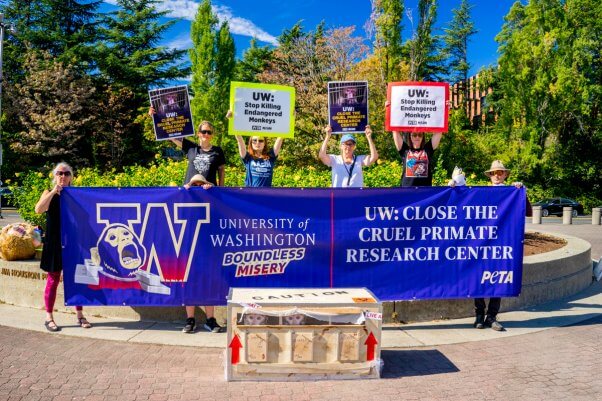