We knew it was bad. But documents recently obtained by PETA detail how truly nightmarish conditions are for baby monkeys imprisoned at the Washington National Primate Research Center (WaNPRC), run by the University of Washington (UW).

WaNPRC experimenters sewed up monkeys with surgical debris still inside them, only realizing their mistakes after the monkeys died. Infant monkeys have been torn apart by stressed and traumatized adult monkeys with whom they were inexplicably caged. Numerous monkeys died from unknown causes, but the WaNPRC brain trust doesn’t know why and didn’t bother to find out.

The WaNPRC receives millions of taxpayer dollars each year from the National Institutes of Health to produce specific pathogen-free monkeys—animals who are guaranteed to be free of certain germs that can cause disease and could interfere with the objectives of an experiment. But staff at the WaNPRC’s facilities failed to investigate or even notice that some monkeys were found to have underlying, undetected, or unintended infections that could render any experiments conducted on them meaningless.

PETA recently obtained nearly 2,000 pages of necropsy reports (autopsy reports for animals) for hundreds of monkeys who died in the past four years at the WaNPRC.

The reports show an astonishing level of leadership incompetence at the WaNPRC’s sites in Seattle and Mesa, Arizona, and also at the WaNPRC’s colony at the New Iberia Research Center, part of the University of Louisiana–Lafayette. 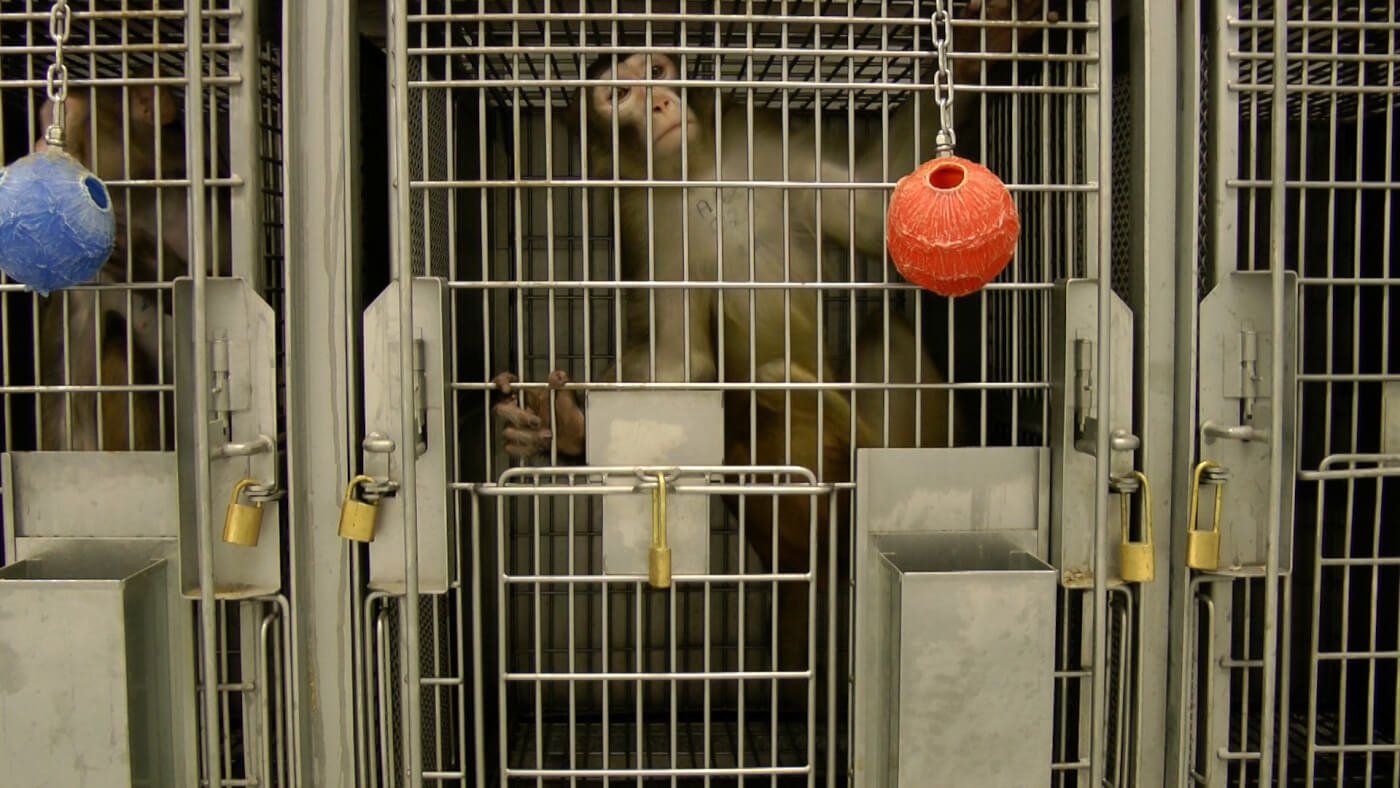 Monkey in a cage at WaNPRC

The documents suggest dozens of violations of federal animal protection laws. In a letter to the U.S. Department of Agriculture, PETA has demanded an investigation into these abominable deaths and blatant violations of the federal Animal Welfare Act.

Here are just a few of the horrors PETA uncovered in the necropsy reports:

“Z21065” was the only “name” given to a female baby pig-tailed macaque at UW’s breeding facility in Arizona, where small groups of monkeys are kept in wire-mesh cages with concrete floors. When Z21065 was just 20 days old, staff saw the imprisoned, stressed adult male in the cage tearing her away from her mother. Z21065 weighed just 11 ounces, while an adult male pig-tailed macaque can weigh 30 pounds. The male was found biting the terrified baby.

By the time the staff was able to remove Z21065, her head had been so severely injured that they chose to euthanize her. The attack had caused severe skull fractures that led to the “complete destruction” of the left side of her brain and partial destruction of the right side of her brain.

The records PETA received don’t tell us about Z21065’s mother. But we know that in nature, pig-tailed macaques cherish, protect, and love their babies. With nowhere to run or hide from an adult male monkey likely driven mad from being confined to a barren enclosure, this mother devastatingly stood no chance of protecting her baby, no matter how hard she may have tried.

“A19109” was a 3-year-old female rhesus macaque. Like thousands of other macaques, she had been used by WaNPRC experimenters who have consistently failed to produce a vaccine to treat HIV. The effects of being caged and experimented on were evident on her body, where much of her hair was missing.

After she was killed and her body was sent for necropsy, the staff discovered a “well-healed, approximately 10 cm long scar” on her thigh. There was a syringe needle embedded in the tissue beneath her skin. The pathologist wrote that the needle had likely broken off during an injection.

Who knows how many months she had suffered with that needle embedded in her flesh? Was the long scar on her thigh a sign that she had been trying to dig the needle out?

“Z19005” was the first monkey born in a new breeding group of pig-tailed macaques at UW’s Arizona facility. He was found dead at just 2 days old.

When the staff found him, blood was smeared on the perch in the cage and droplets of blood were underneath the perch. No staff member saw what had happened to Z19005, but the necropsy revealed that he had clearly been the victim of an attack by one of the adult monkeys in his cage.

There were patches of skin missing from his head. The pathologist noted that “the brain is visible through the hole and parts of it seem to be missing.” When they tried to remove his brain from his skull to examine it, the right side of his brain “fell apart and broke into pieces.”

“Z20186” was a tiny, sick infant pig-tailed macaque. Her bodied was ravaged by chronic weight loss, dehydration, and diarrhea. At one point, the staff removed Z20186 from her mother to put her in the intensive unit of the facility, where they tried a variety of medications, but she continued to lose weight and became sicker.

She was just a few weeks old when she died on New Year’s Eve, following a heart attack.

You Can Help Prevent Baby Monkeys From Suffering in Labs

Federal laws offer little protection for monkeys in laboratories, but UW can’t even abide by the few laws that do exist. The WaNPRC is so inept that it has failed to keep baby monkeys alive longer than a few days or weeks before they were maimed or ravaged by disease.

If the primate center can’t even hold to the weak animal protection laws on the books, it’s time their facilities were shut down completely: