The University of Washington (UW) may have learned a costly lesson: Concealing the truth about its primate torture center doesn’t pay.

That’s the amount the King County Superior Court awarded PETA in fees and penalties in our public records lawsuit against UW. The court found that the school had failed to undertake an adequate search for records we had requested about the following:

The court also found UW liable for its brazen policy of routinely destroying photos and videos, making it impossible for the school to comply with public records law.

PETA has called on the Seattle Police Department to investigate this apparent felony violation of state law and filed a complaint with the National Institutes of Health (NIH), alleging that the WaNPRC violated the agency’s grant policy by destroying the records and apparently violating state and local laws.

Almost two years ago, as part of our ongoing efforts to inform the public and to hold UW accountable for its violations of animal protection laws and its use of monkeys in experiments, we submitted requests for documents detailing the decision to purchase a rundown, contaminated facility in the Arizona desert where the WaNPRC has been breeding pig-tailed macaques for use in experiments. We also requested documents detailing the WaNPRC’s financial, leadership, and veterinary crises and how these failings led the National Institutes of Health to take the unprecedented step of restricting the WaNPRC’s funding.

Monkeys at the WaNPRC have died of thirst and strangulation, staff performed unauthorized surgeries, a missing monkey went unreported, and an animal experimenter’s victims apparently included humans, too—these are just some of the horrors that the University of Washington (UW) couldn’t hide. No wonder it failed to turn over the records we requested. So PETA filed a  lawsuit to compel it to do just that.

UW clearly has no problem using public funding (i.e., your money), yet the school balks at letting taxpayers know exactly what they’re paying for (something it’s legally obligated to do), which is why we demanded the release of these records.

A monkey paces inside a small, barren cage at the WaNPRC—a facility where experimenters allowed monkeys to starve, be strangled to death, and choke to death on their own vomit. 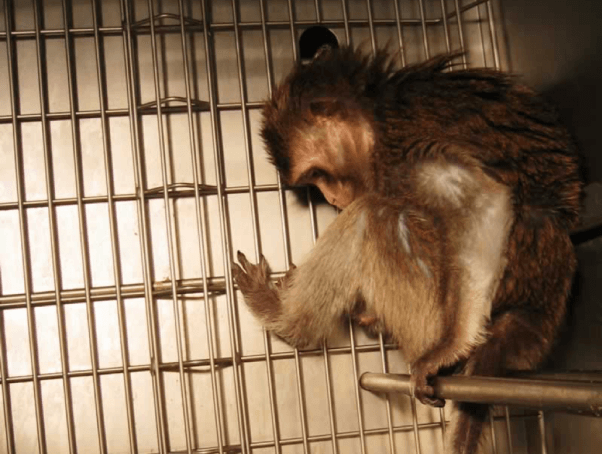 Monkeys used for experiments at the WaNPRC are housed inside small and virtually barren cages for their entire lives, deprived of companionship and the opportunity to satisfy their innate desire to forage and explore in a vast, natural environment.

In September 2020, we filed a complaint with the U.S. Department of Agriculture (USDA) over evidence of animal welfare violations at the WaNPRC as well as serious conflicts of interest on UW’s Institutional Animal Care and Use Committee, which is supposed to ensure that all animal protection laws are enforced in the school’s laboratories. Acting on that complaint, the USDA cited UW for major violations of the federal Animal Welfare Act—violations that the school then tried unsuccessfully to have erased.

UW’s failure to comply with federal and state laws and its myriad animal welfare violations recently prompted U.S. Sen. Cory Booker to urge the U.S. Department of Health and Human Services to investigate NIH’s continued federal funding of the WaNPRC.

UW squanders millions of public dollars a year, a fact that underscores its cruelty, incompetence, and contempt for accountability. The ultimate consequence is obvious: The WaNPRC must be shut down.

Join us in helping to make that happen.

Help Shut Down the WaNPRC