Need a reason why experiments on monkeys are dangerous, cruel, and pointless? We’ve got plenty from just one facility—the notorious Washington National Primate Research Center (WaNPRC), located at the University of Washington (UW). 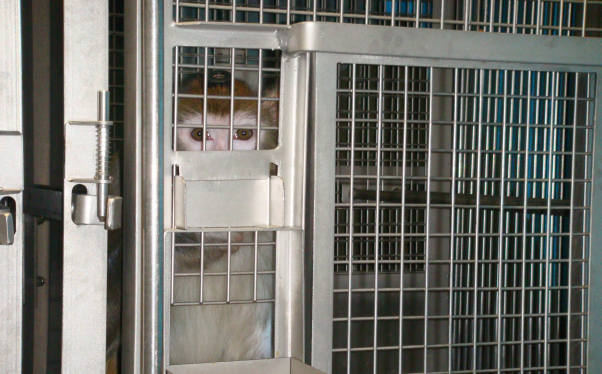 A monkey peeking out of a cage in a University of Utah laboratory.

In just the latest example of incompetence and negligence at WaNPRC, a monkey imprisoned at the facility was somehow left locked in a trapping run without food and water for what may have been as long as two days. And apparently, laboratory staff didn’t even bother to look very hard to find the animal. Records show that two staff members noticed that the monkey was missing but didn’t report it. On top of this, the Institutional Animal Care and Use Committee (IACUC)—which is supposed to ensure that animal protection regulations are followed in laboratories—couldn’t decide how to deal with this apparent violation. Meeting transcripts show that the IACUC dithered about whether to send a letter to the primate center chastising the leadership there. For two months—so far—the committee has put off making any decision about punitive measures.

This taxpayer-funded laboratory has a long history of both horrific experiments and animal welfare violations. A tenured UW professor who conducted Ebola virus experiments on monkeys there was even fired in 2017 after explosive allegations of sexual harassment and misconduct came to light.

What Other Violations Have Harmed Monkeys at WaNPRC?

Problems with the IACUC and care of monkeys at WaNPRC stretch back to at least 2008, when UW was forced to return $20,000 in grant funds for conducting unauthorized surgeries. In 2011, the U.S. Department of Agriculture (USDA) fined UW $10,893 after a monkey starved to death. In 2016, federal inspectors found that UW’s IACUC committee wasn’t even ensuring that protocols contained complete descriptions of the experiments taking place at the primate center. In 2017, UW was again cited when no one noticed that a water line had become disconnected and that a monkey had died of dehydration. In 2018, a monkey strangled to death when no one noticed that he had become entangled in an “enrichment” device. Last year, UW was cited by the USDA when an experimenter insisted that a surgery proceed on a monkey who had not been fasted the night before; the monkey died.

Recently, PETA asked UW to prove that it took adequate preventive measures to ensure that captive monkeys at WaNPRC weren’t exposed to the novel coronavirus.

It’s clear that WaNPRC isn’t capable of protecting the health and well-being of the primates it holds captive. 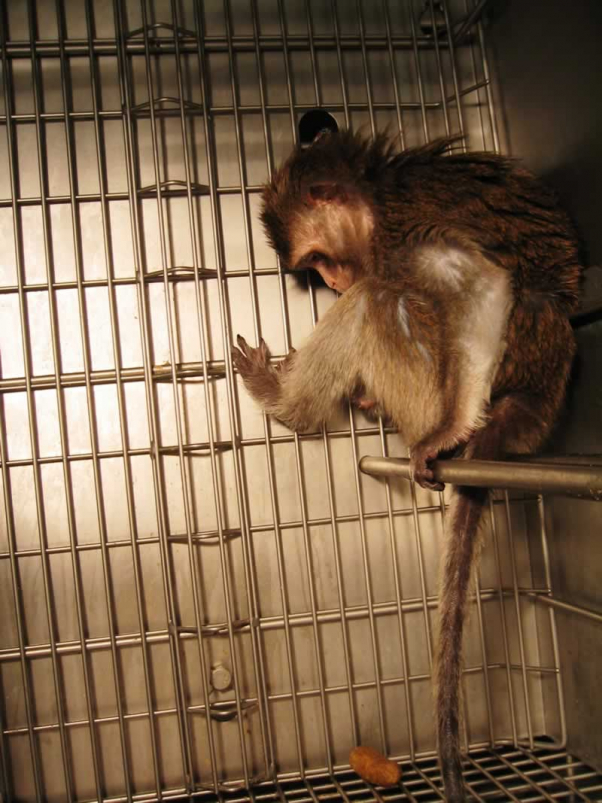 That’s why PETA is calling on the president of the UW to close down WaNPRC. We’re also asking that these monkeys be retired to reputable sanctuaries.

You can make a difference! Join PETA’s call: Urge UW to end experiments on primates at WaNPRC and transfer the animals to sanctuaries. Taking action only takes a minute—what are you waiting for?