At Mundo Marino, the largest marine park in Argentina, an orca named Kshamenk floats all day under the hot sun in a tank so small that he swims in continuous circles. 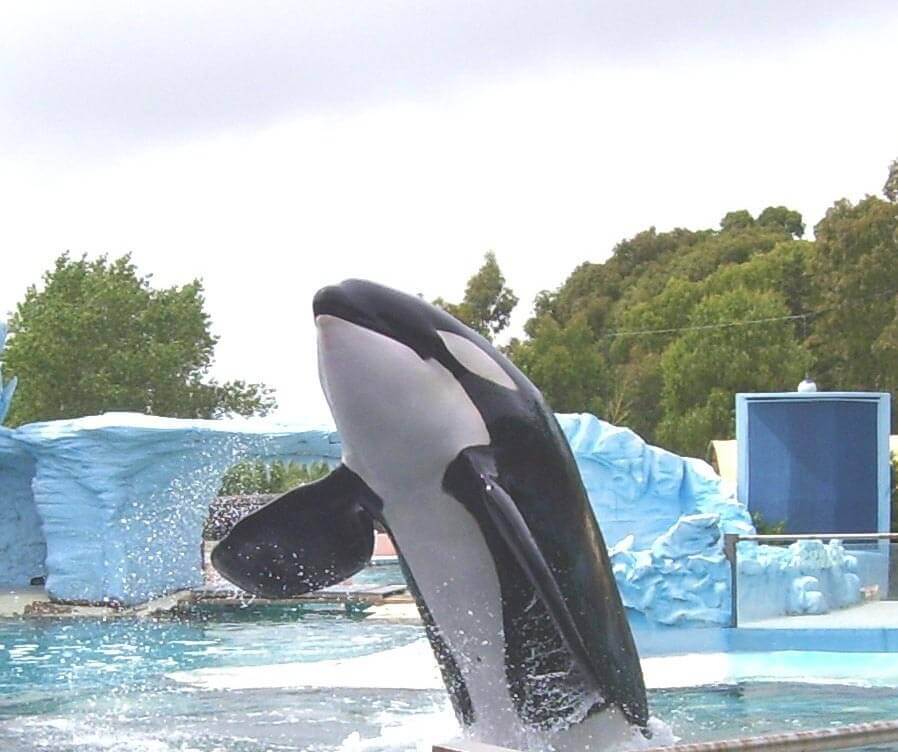 This has been his life for three decades—and while his misery has been largely forgotten by the rest of the world, PETA Latino hasn’t stopped speaking up for the lonely orca.

The first orca to be imprisoned at Mundo Marino was Milagro, who was captured from his home off the coast of Argentina in 1985. As the park acquired more orcas (or “rescued” them, as it dubiously claimed), rumors spread that Mundo Marino was possibly abducting the orcas through forced stranding to circumvent Argentine laws against the commercial capture of wild marine animals.

Whether the rumors are true or not, no facility that actually cares about rescuing and rehabilitating orcas would ever put them on display in a tiny, sterile pool and force them to perform in shows. On the contrary, it seems that orcas need to be rescued from Mundo Marino, considering how many of them have prematurely died at the facility.

After he was taken from his home and family, Milagro was the only orca at Mundo Marino for two and a half years. Since orcas are extremely social animals who typically form close, lifelong relationships with other members of their pod, this situation was likely quite distressing and traumatic for him. After being confined to a small tank—unable to dive to great depths or swim vast distances, as he would in the ocean—and exploited as an “attraction” to sell tickets to the park, Milagro died five and a half years after arriving at the facility.

A young Belén was sent to Mundo Milagro in 1988, where—after briefly spending time in a “rehabilitee center”—she was trained and forced to perform in shows. After the death of her tankmate, Milagro, she was joined by Kshamenk, with whom she was bred. Belén gave birth to a stillborn—possibly due to the stress of being confined to a tiny tank and forced to perform daily—in 1998. This loss likely caused her excruciating grief, as mother orcas share an extremely close bond with their young.

In the ocean, orcas can live to be 80 years old. At cruel marine parks like Mundo Marino, their lives are shortened drastically—sometimes due to self-inflicted injuries caused by the miserable conditions they’re kept in, other times because of illnesses likely caused by being denied any semblance of a natural life.

For the past 22 years, Kshamenk has been the only orca at Mundo Marino, swimming endlessly in circles in a small pool with no members of his own species to bond with. If the facility doesn’t relinquish him to a real sanctuary—where he could finally live in a natural habitat—Kshamenk will likely endure the same fate as Milagro and Belén.

You can take action by never supporting marine parks or any other facility that exploits wildlife for profit. To help orcas like Kshamenk, tell SeaWorld to release all the remaining orcas at its parks to sanctuaries:

Urge SeaWorld to Send Dolphins and Whales to Coastal Sanctuaries