Got beer? PETA does! For those who are cracking open a cold beer this St. Paddy’s, PETA has given out more than 2,000 animal-friendly coasters to bars in some of the most popular cities to celebrate St. Patrick’s Day. 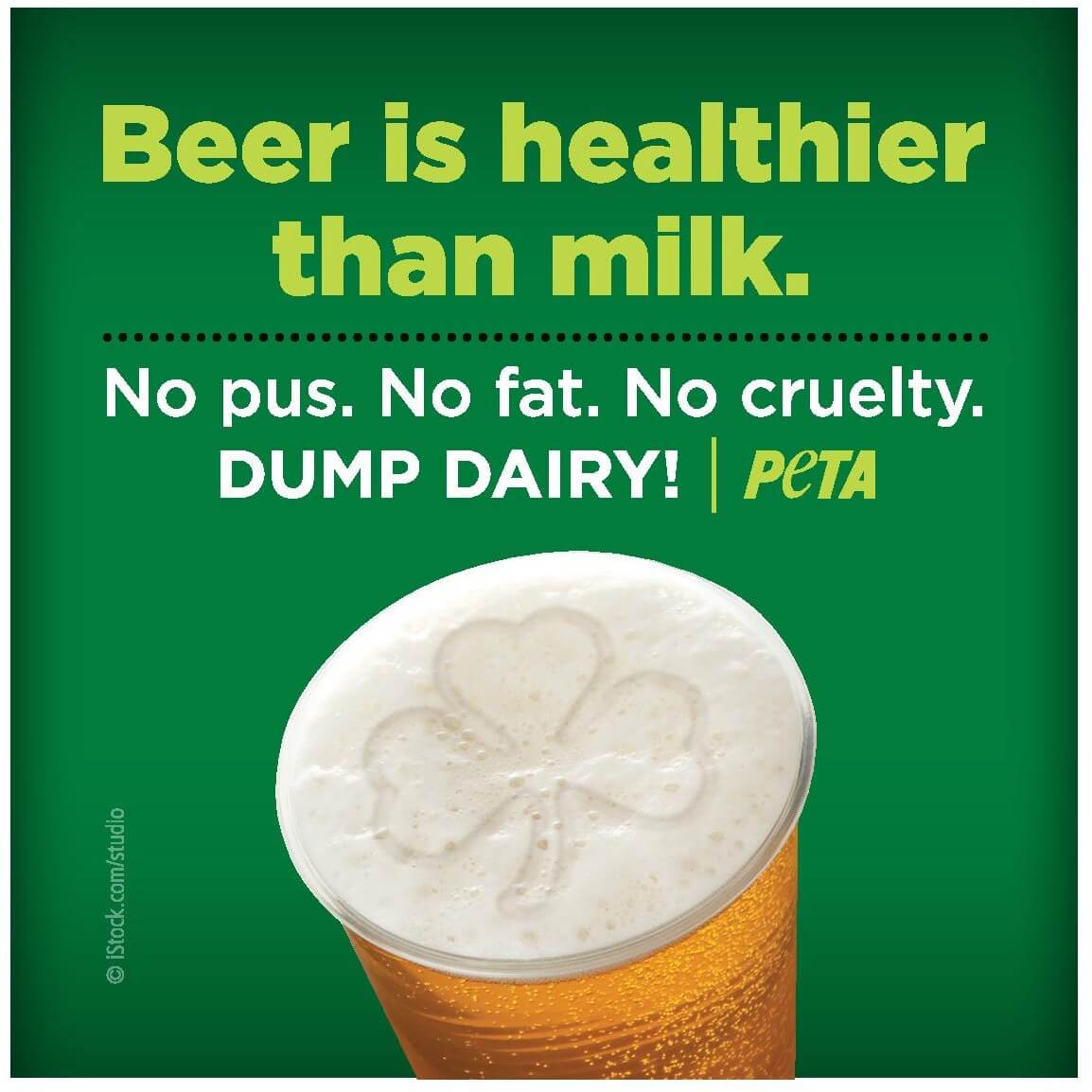 Before the St. Patrick’s Day parade in Buffalo on March 20, we handed out coasters to activists and bars—including Aurora Brew Works, 42 North, and Teton Kitchen. 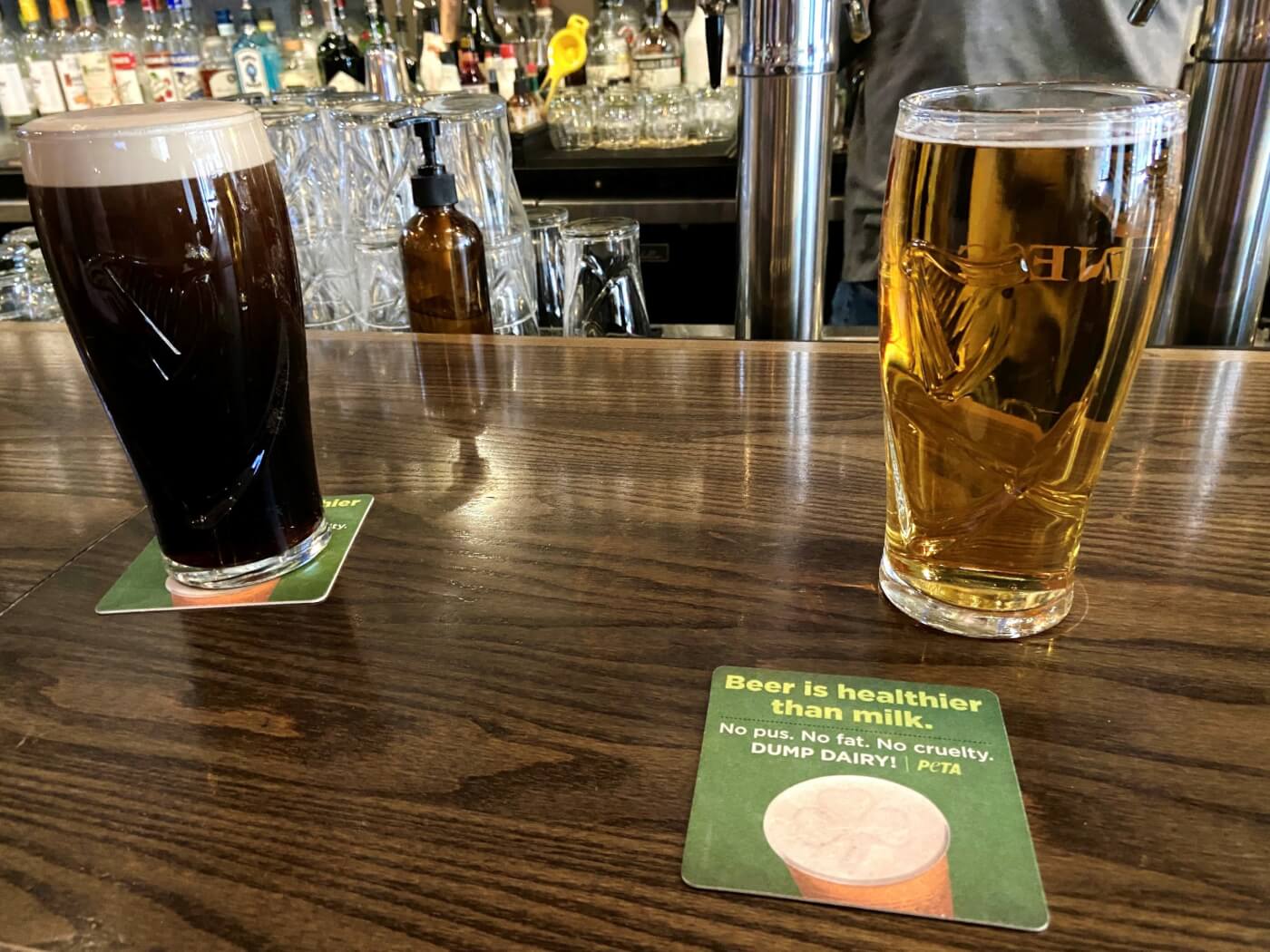 Raise Your Dairy-Free Glass for Our Fellow Animals, the Planet, and Your Own Health

We’re celebrating the luck o’ the Irish, but cows on dairy farms aren’t so lucky. Workers on dairy farms repeatedly artificially inseminate mother cows throughout the animals’ short, miserable lives and force them to produce milk for calves they will never know. The industry kidnaps their babies from them hours after birth to be killed for veal or used as dairy herd replacements so that the cycle of forced impregnation and abuse can continue. Every glass raised with a beverage other than cow’s milk helps end this cruel cycle. 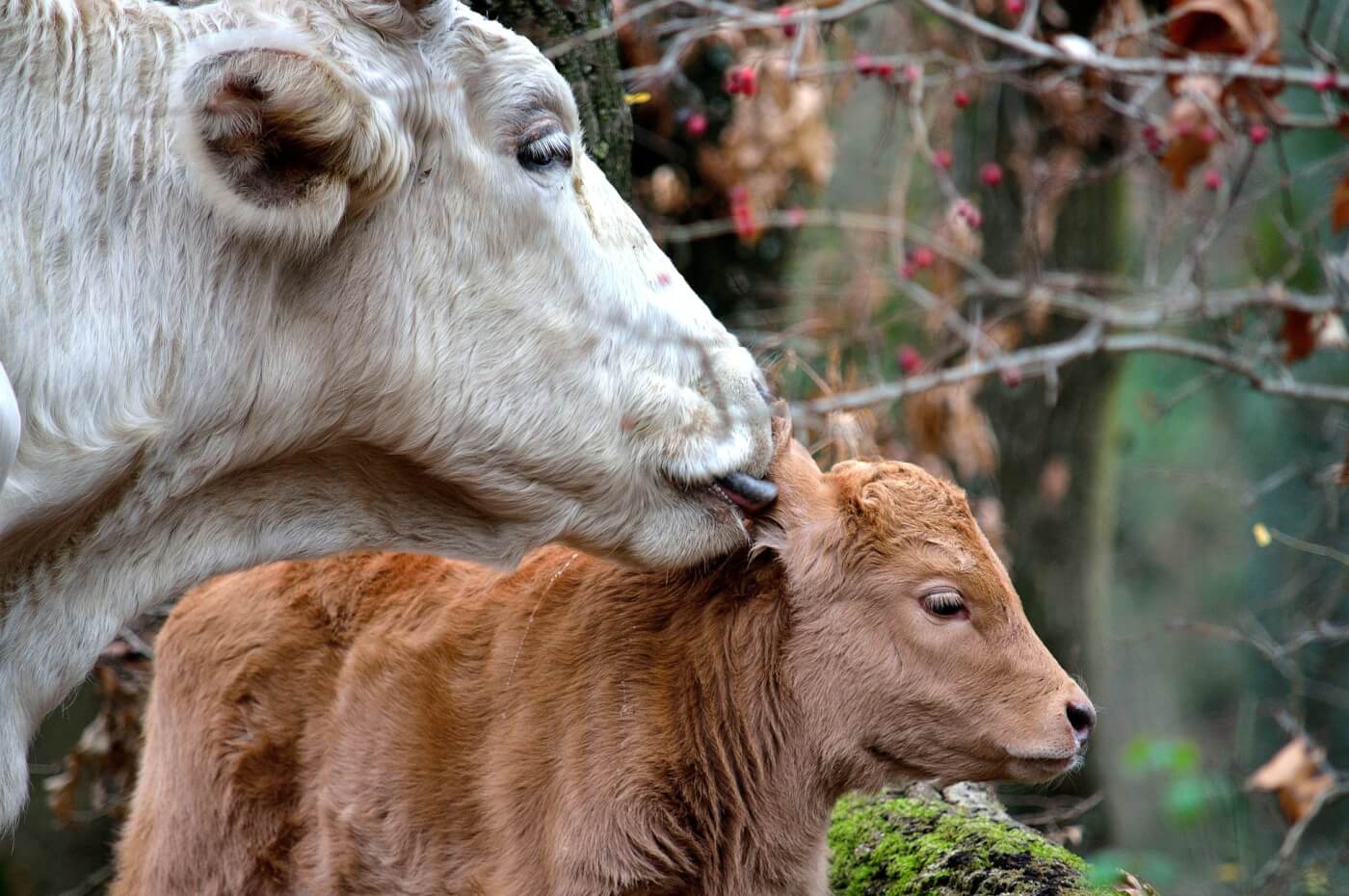 Beer isn’t a health food by any stretch, but in moderation, it’s still much healthier than cow’s milk—and the beer industry doesn’t kill over 3 million intelligent, loving mother cows every year like the dairy industry does. Unlike dairy, beer doesn’t contain pus, saturated fat, and cholesterol and has no hormones or antibiotics, and—according to some reports—can even strengthen bones and extend life, whereas dairy has been linked to increased fractures osteoporosis, diabetes, and cancer.

A large-scale study spanning two decades found that drinking milk doesn’t protect bones from fractures or osteoporosis, whereas beer—which is rich in the micronutrient silicon—has been shown to prevent bone loss and help ward off osteoporosis. It’s also been shown that low-to-moderate beer intake is linked to stronger bones in men and postmenopausal women.

Yes, you read that right.

Beer is better for you than milk stolen from cows. https://t.co/X3NlcmtBLX #StPatricksDay pic.twitter.com/jilFzae85G

It’s customary to wear green on St. Paddy’s Day, but you can go green, too—by keeping animals off your plate (and out of your glass). By some estimates, animal agriculture produces more greenhouse gases, such as methane and carbon dioxide, than the entire transportation sector. By going vegan, you can save nearly 200 animals per year, reduce your carbon footprint, and help prevent future pandemics.

Make Every Day a Lucky One by Going Vegan Today

By 2021, two-thirds of Americans had tried nondairy milk or were fully switching to dairy-free drinks. You can help cows and other animals suffering in the dairy and meat industries by going vegan. Click the button below to get started: