PETA’s campaign against the Iditarod—the deadly 1,000-mile Alaskan dogsled race—has reached New York City. This morning, we posted a plaque on the Seward Park statue of Togo, which glorifies the violent “sport” of dogsledding. Check out our message blasting the Iditarod: 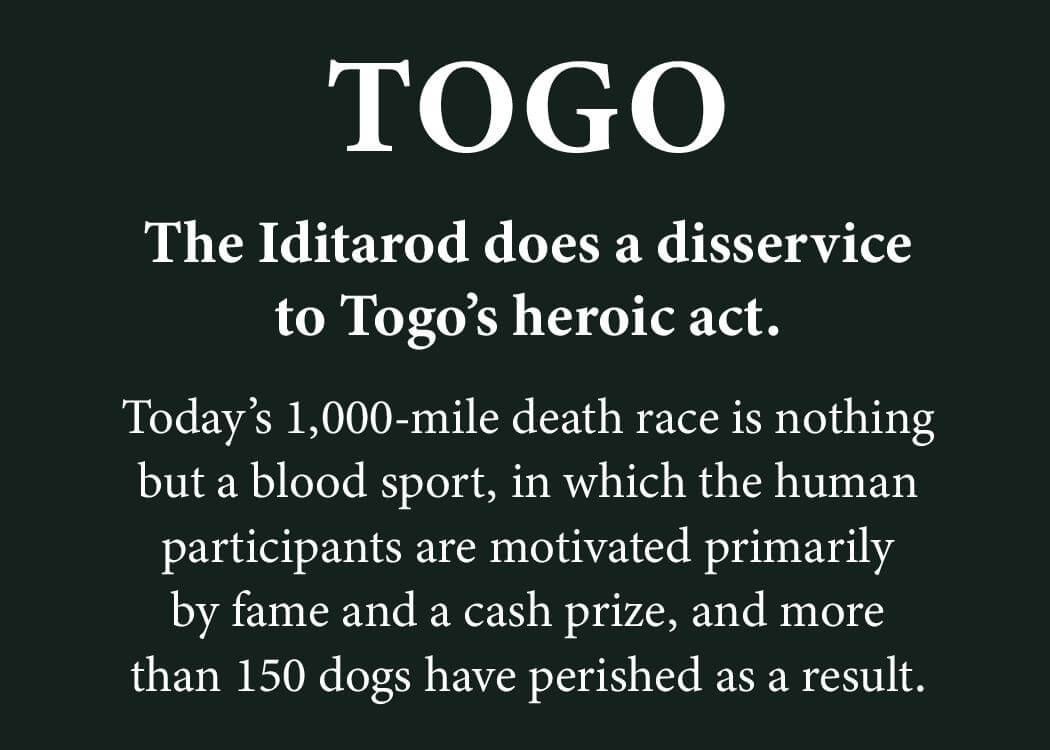 The plaque reads, “The Iditarod does a disservice to Togo’s heroic act.” Better yet, it sits just below one recently posted by Disney+ to promote Togo—talk about some truth in advertising. It’s important to remember that more than 150 dogs have died as result of the Iditarod, a number that doesn’t even include the countless ones who’ve been killed for not being fast enough or who’ve died during the off-season while chained outside in the cold. 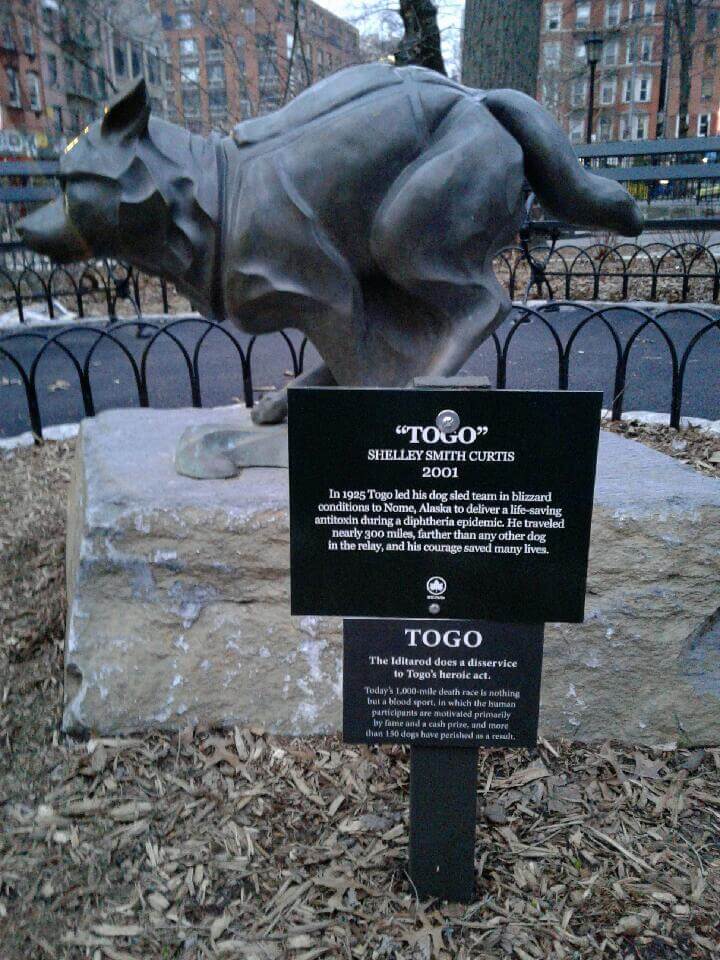 While being forced to run the Iditarod, many dogs pull muscles, incur stress fractures, develop bloody stomach ulcers, or are afflicted with diarrhea, dehydration, intestinal viruses, or aspiration pneumonia—which results from inhaling their own vomit.

Togo had a lifesaving mission, while dogs used in the Iditarod are forced to race vast distances in subzero temperatures, all because humans want to win a trophy and a cash prize. PETA’s plaque will ensure that New Yorkers know that the Iditarod is nothing to celebrate and must be stopped.

In preparation for the release of Disney’s Togo, a dogsledding drama that will appear on Disney+, PETA is warning viewers about the apparently awful off-set living conditions endured by dogs used for the film.

Rather than relying solely on the stunning and lifelike computer-generated imagery (CGI) available today, as Disney has done so beautifully many times in the past, the production apparently used puppies from a breeder to play Togo, contributing to the homeless-animal crisis. Worst of all, producers reportedly also rented dogs from a dogsledding tour company. 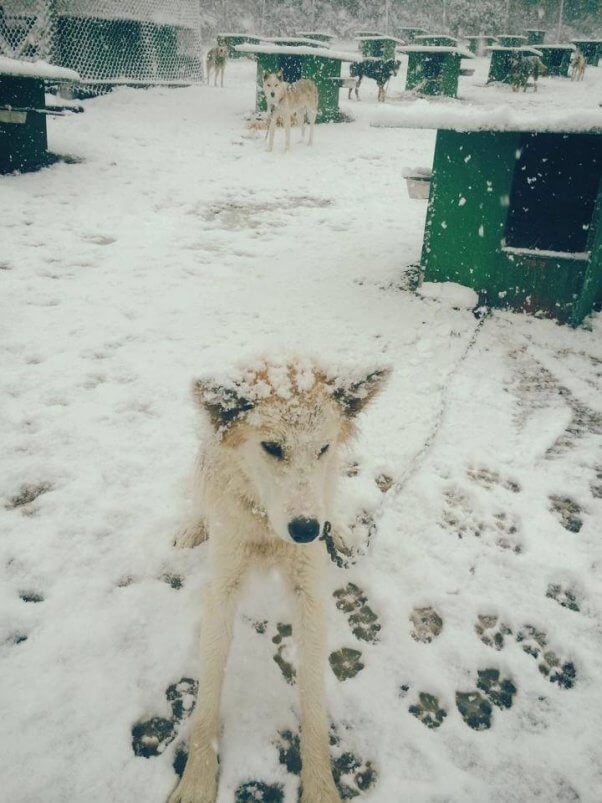 While Disney’s Togo is based on historical events, we mustn’t gloss over what the 1925 serum run to Nome that it depicts later became: the cruel Iditarod. As investigated by PETA and exposed in the documentary Sled Dogs, dogs forced to pull tourists on sleds or used in dogsled races are commonly made to spend their entire lives chained outdoors. Snowy Owl Sled Dog Tours, from which Disney apparently rented dogs for Togo, admits on its website that it keeps dogs chained for up to 23 hours a day and says, “Although they are outside most of the time, we do allow many of them to come inside from time to time especially as they age!” 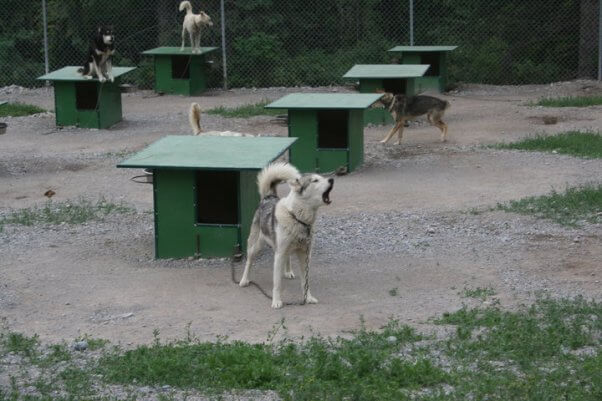 In this industry, dogs often endure a lack of affection, companionship, and enrichment. And with hundreds of them chained outdoors, illnesses and injuries can go unnoticed, and animals may not even receive sufficient food and water. 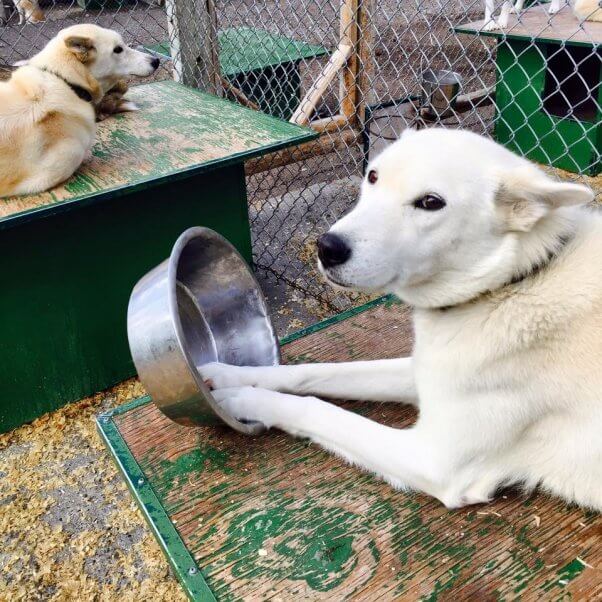 The dogs must sit and watch the world go by until their owners harness them to a heavy sled and make them run to the point of exhaustion in order to make money and entertain tourists.

Whenever you see animals onscreen, it’s a safe bet that filmmakers don’t want you to know what happened behind the scenes. PETA protested the release of A Dog’s Purpose across the country after a whistleblower provided behind-the-scenes video footage showing a terrified German shepherd being forced into rushing water. The dog was supplied by notorious exhibitor and longtime PETA concern Birds & Animals Unlimited, an outfit where we uncovered dismal living conditions for animals, dogs included.

Togo marks a disappointing turn for Disney, which has produced stellar hits using entirely CGI animals, including The Lion King and The Jungle Book. The animals in The Call of the Wild from Fox (which is now owned by Disney) are all CGI, too. With this captivating technology readily available, forcing real animals to perform and allegedly funding exploitative exhibitors is as antiquated as it is cruel. PETA encourages viewers to tune in instead to Disney titles that are truly animal-friendly. To learn more about the Iditarod and the dogsledding industry, see the riveting documentary Sled Dogs.