Covance—a longtime PETA target that is both a laboratory-for-hire and a shady dealer of monkeys, dogs, and rabbits to laboratories—has been subpoenaed by the U.S. Department of Justice over what we suspect is monkey trafficking.

Covance’s Cruelty as an Animal Supplier and Contract Testing Facility

Covance began by breeding and selling dogs, rabbits, and monkeys for experimentation as well as importing and warehousing monkeys and testing everything from new pharmaceutical drugs and industrial chemicals to cosmetics on monkeys, dogs, rabbits, and other animals for client companies.

At one point, Covance was one of the world’s largest contract testing companies and the largest importer of monkeys into the U.S. for use in experiments (in Covance’s own laboratories and to sell to other labs). The company also boasted about being one of the largest purveyors of purpose-bred dogs for experimental use.

For decades, PETA has vigorously campaigned against Covance, including publishing damning investigations into multiple Covance facilities and getting help from Sir Paul McCartney.

Here’s How PETA Squared Up to Covance: 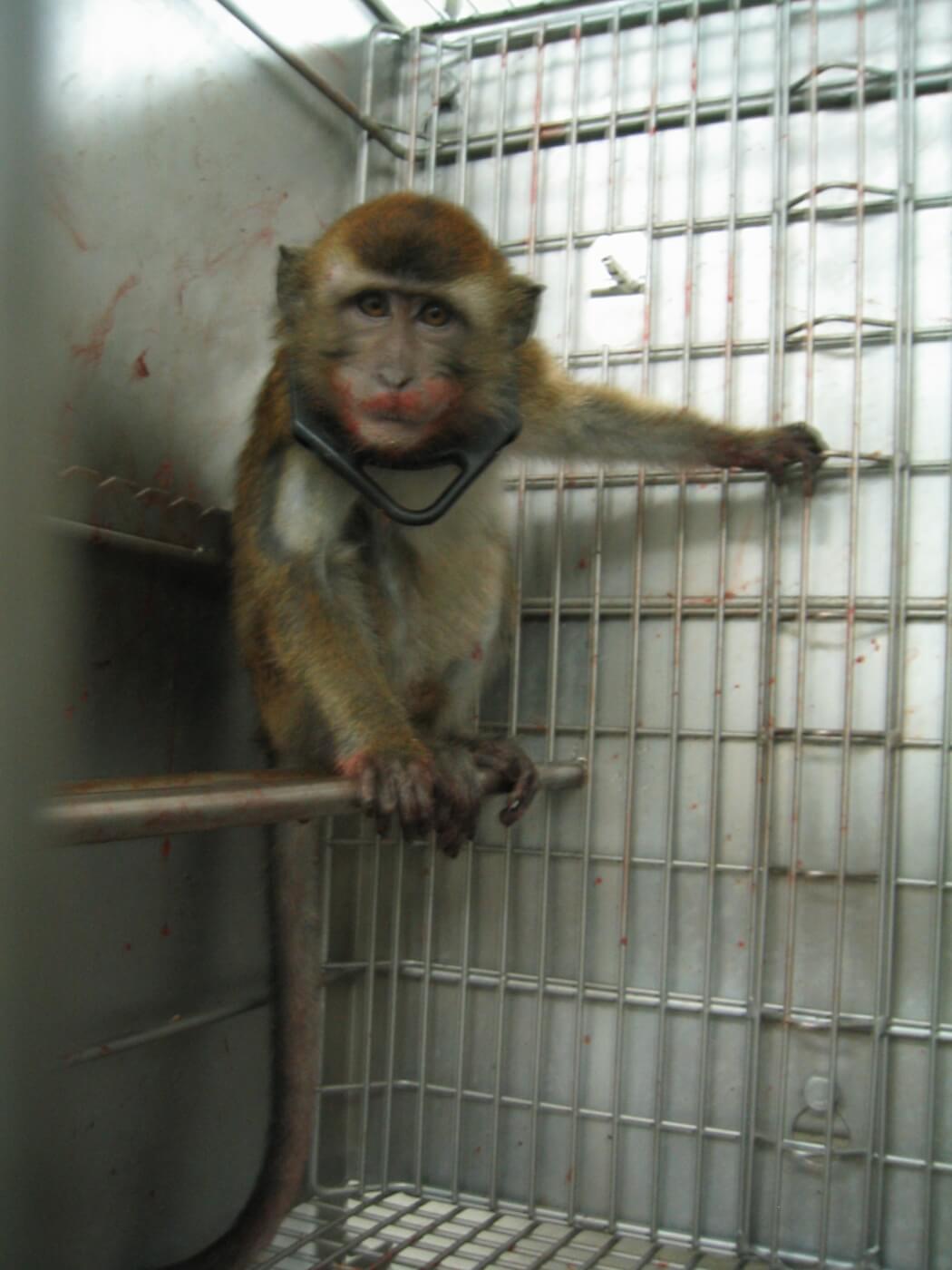 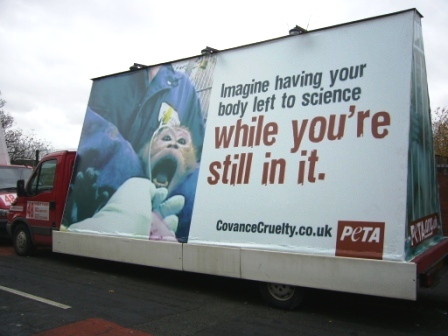 How to Help PETA Free Animals Stuck at Covance

Our fellow primates don’t want to be bred for experimentation or abducted from their homes and shipped to laboratories, where experimenters lock them inside cages and conduct painful, traumatizing experiments on them. You can help them by telling airlines such as EGYPTAIR to stop transporting them to their deaths:

Speak Up for Monkeys