Following Cowspiracy, Seaspiracy is the latest Netflix documentary to take the internet by storm and show people that if they care about the fate of the ocean and all the sentient beings who live there, they have to stop eating fish.

Over 300,000 whales and dolphins are killed every single year as “bycatch” of industrial fishing. This is just one of the many eye-opening facts viewers learn in Seaspiracy, which is currently the third most popular movie on Netflix and number one in the U.K. From NBA stars to some of the hottest names in film and television, PETA applauds celebrities who are urging fans to learn for themselves about the destructive fishing industry by watching Seaspiracy:

Reality star Kourtney Kardashian told her 115 million Instagram followers that while she’d already given up other kinds of meat, Seaspiracy is inspiring her to keep fish off her plate as well: 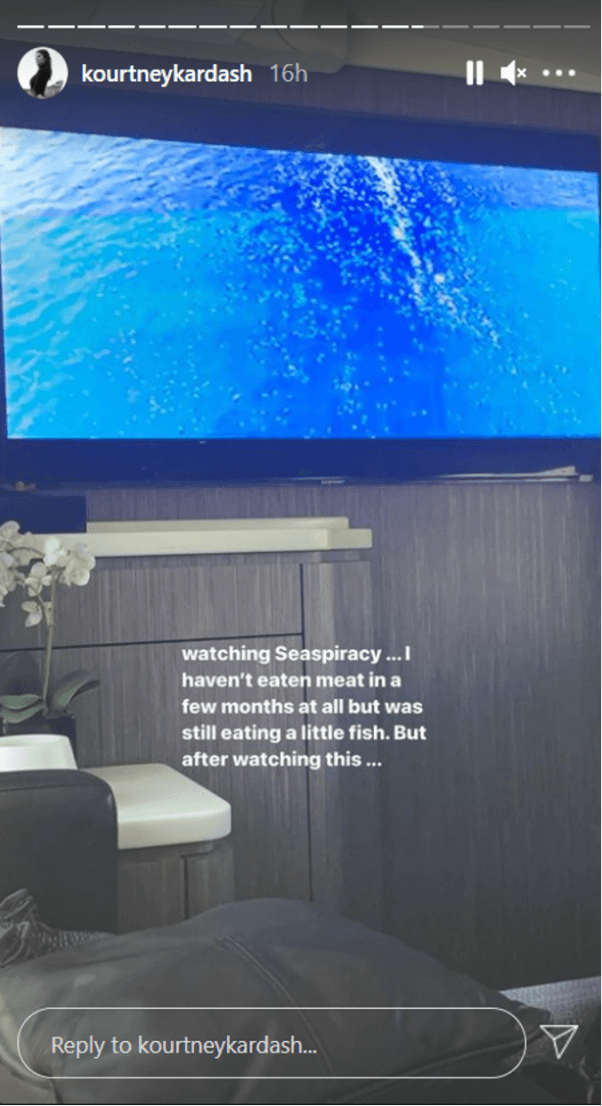 The greatest NFL quarterback of all time (yes, we’re talking about Tom Brady) called Seaspiracy “a must watch”: 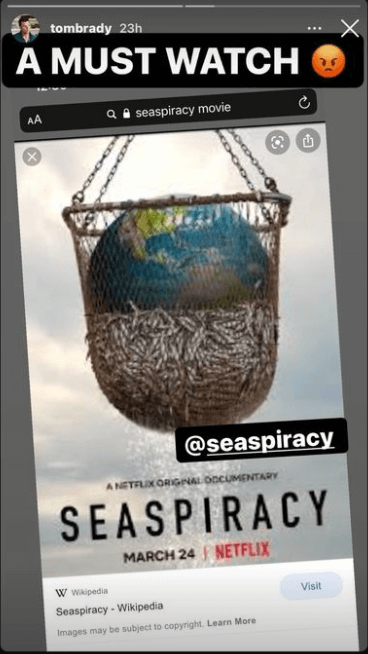 Longtime vegetarian Paul McCartney said that “everyone should watch” the film:

Have you seen the incredible new Netflix programme ‘Seaspiracy’? It is a very strong documentary on fishing that everyone should watch.

Star of Amazon’s The Underground Railroad Thuso Mbedu encouraged her fans to watch the powerful doc:

Anyway, when you get a chance: watch #Seaspiracy

Actor and director Zach Braff said that he couldn’t stop thinking about the film:

Teen Mom star Kailyn Lowry encouraged her Instagram followers (all 4 million of them!) to start a dialog about the groundbreaking documentary:

NBA star Kyle Kuzma spoke up for fish with a one-word tweet: 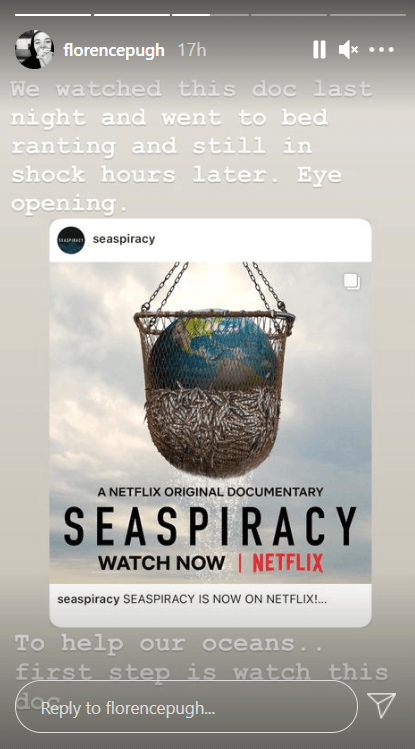 Actor and model Patrick Schwarzenegger asked his Twitter followers for thoughts on the powerful film:

Contemplating watching Seaspiracy….. Anyone seen it so far? Thoughts?

Model and former YouTuber Marcus Butler urged his nearly 3 million Twitter followers to watch Seaspiracy and “save the fish”:

WATCH SEASPIRACY… save the 🐠

The Baby-Sitters Club star (and PETA Libby nominee) Malia Baker was deeply moved by the documentary:

I watched @seaspiracy on @netflix last night 😭 So much to feel, process and say. I can’t say how highly I recommend watching it & how much gratitude I have for the courageous souls that made it #Seaspiracy 🤯👇🏽 pic.twitter.com/DUfZzNdvUj

I used to eat “dolphin safe” tuna before I stopped eating fish. I had NO IDEA “dolphin safe” had zero credibility until I watched #Seaspiracy By eating fish I was killing not only them, but so many others 😢🐋🦈🦭🐳🐬🐟🐙

After someone tweeted about eating salmon, Dynasty star Rob Riley urged them to watch Seaspiracy first:

Professional cyclist Chris Froome had his mind blown by the documentary:

My mind has been blown by this @netflix documentary 🤯 #Seaspiracy
🙅🏼‍♂️🐟https://t.co/BuUJ1z3NUV

Keeping fish off your plate is easier than ever with these tasty vegan fish products.