The COVID-19 pandemic may have brought the country to a standstill, but there’s no working from home for PETA’s field team members, who give food, shelter, affection, and medical care to dogs and other animals belonging to indigent families in southeastern Virginia and northeastern North Carolina. Here’s what these “miracle workers” got up to in March.

We helped some friends at the Danville Area Humane Society again.

Just in the nick of time—prior to shelter-in-place orders—our fieldworkers returned to the Danville Area Humane Society to help transfer 30 more dogs from the shelter in rural Virginia to the Virginia Beach SPCA, where they’ll have a better chance at adoption.

Thanks to PETA’s mobile spay/neuter clinics, Ringo’s guardian was able to get him “fixed” at no cost. The pup was also treated for skin and ear infections, totally free of charge. 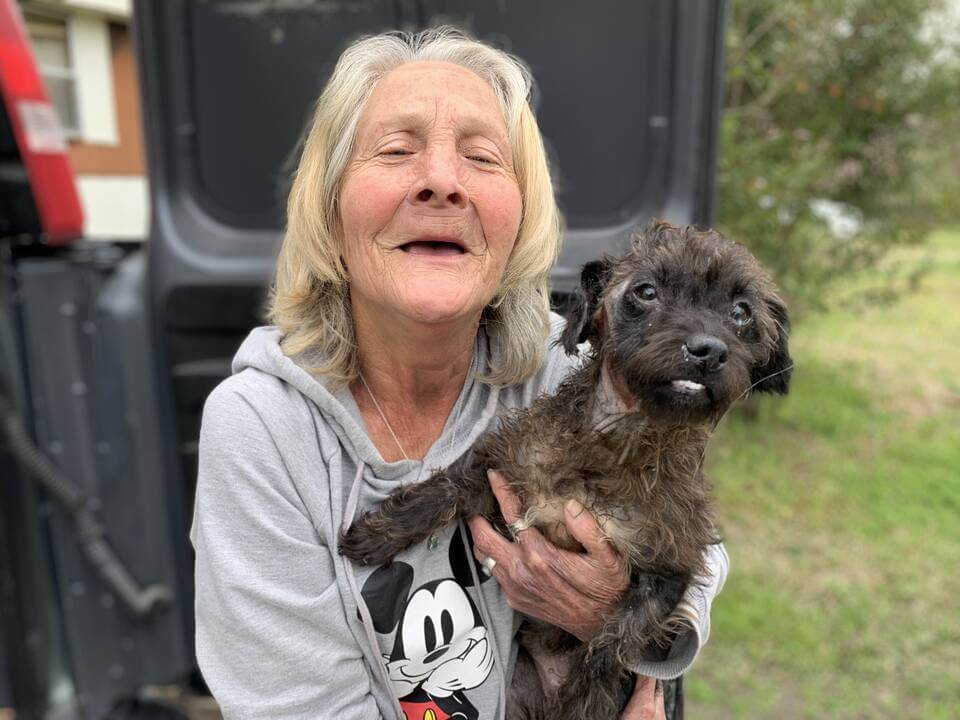 Ringo and his guardian

You won’t believe how many other animals like Ringo PETA spayed and neutered in March! Now there’s no concern that dogs such as Avery, Loca … 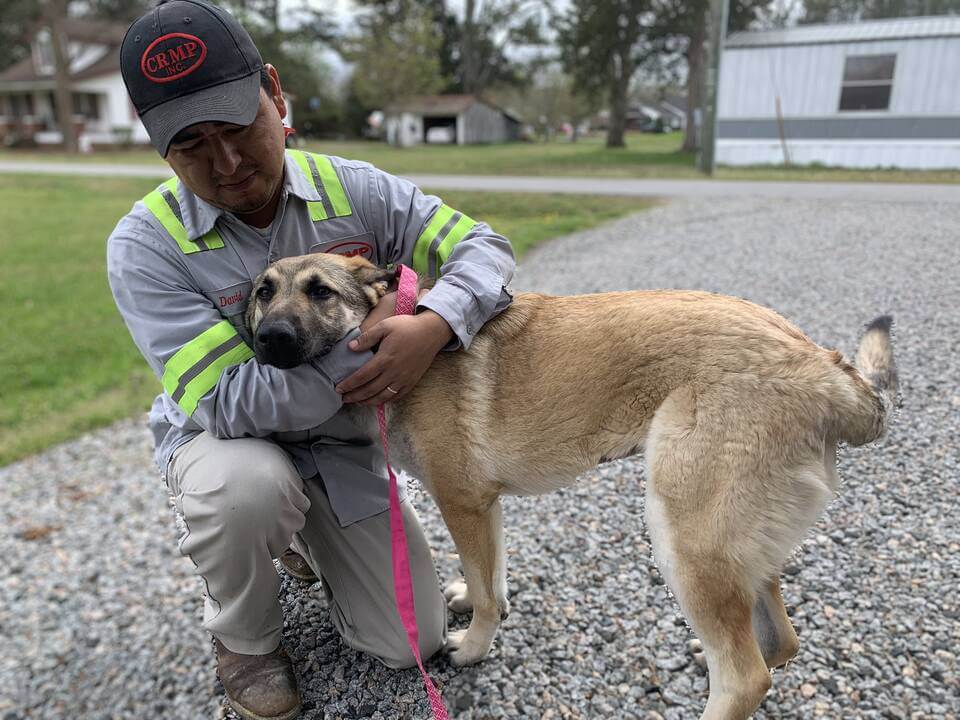 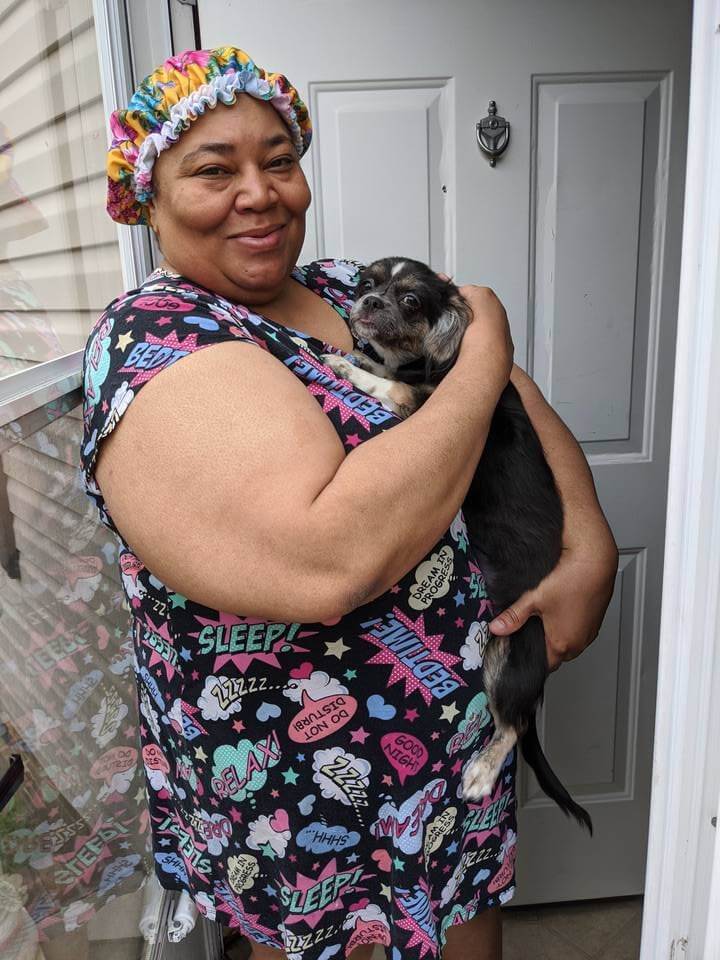 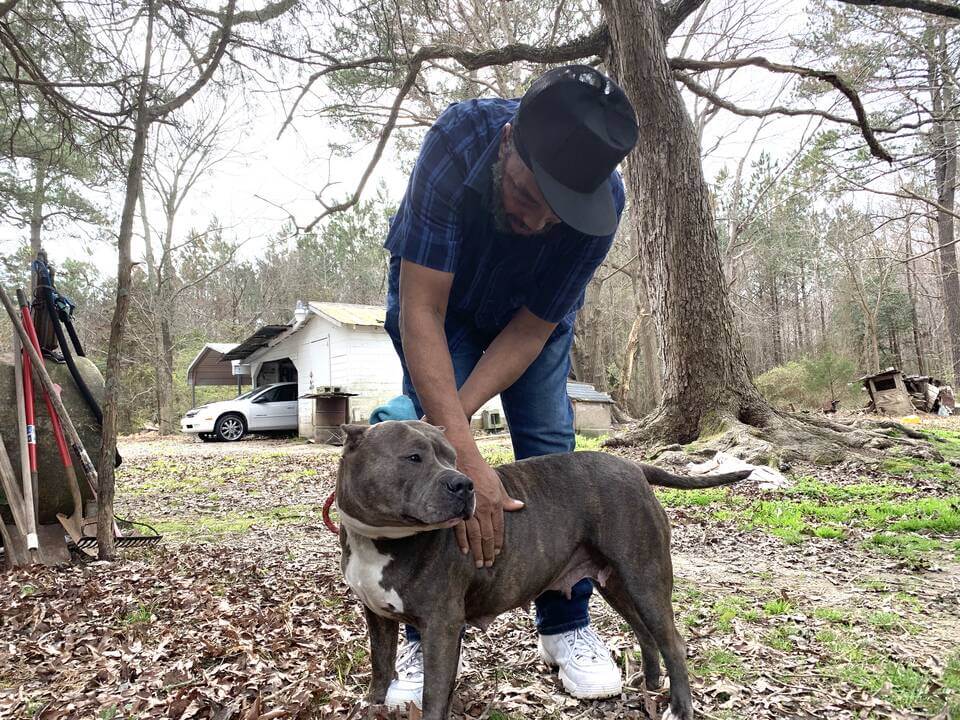 … will contribute to the companion animal overpopulation crisis. Thanks to support from kind folks like you, our fieldworkers were able to transport these dogs (and many others) to and from their appointments, all free of charge. And that is truly a miracle.

We transferred many loving dogs to our placement partners, the Norfolk and Virginia Beach SPCAs.

One such dog is Pebbles, who is now awaiting adoption in Virginia Beach instead of chained outdoors 24/7. 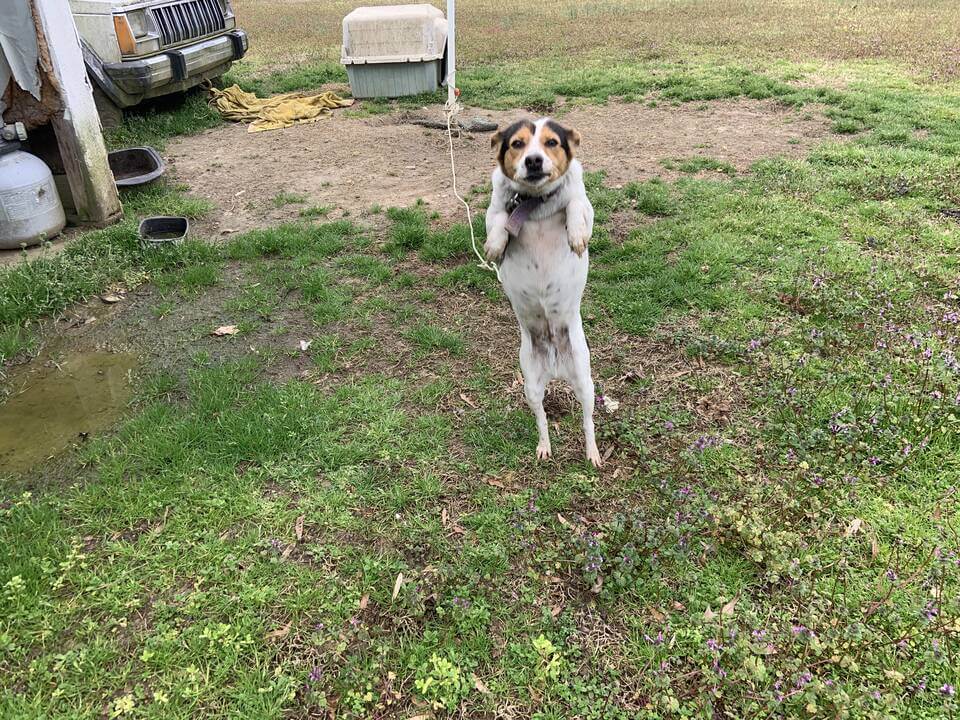 Thanks to our fieldworkers, formerly chained dogs Stripes, Cheeko … 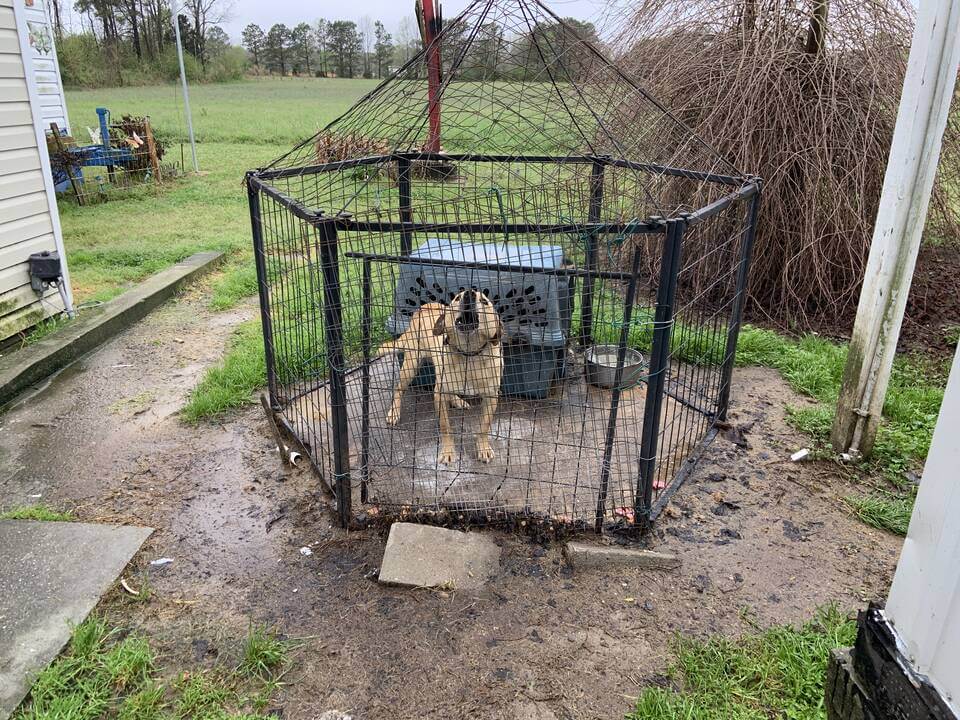 … Mary Puppins, and Luna now await loving homes, too. Cheeko, for example, won’t spend another night in the awful makeshift pen (pictured above) where he spent the last two years.

After we rescued Delilah from a hoarding situation, for instance, the gentle queen was quickly adopted by a longtime PETA volunteer. 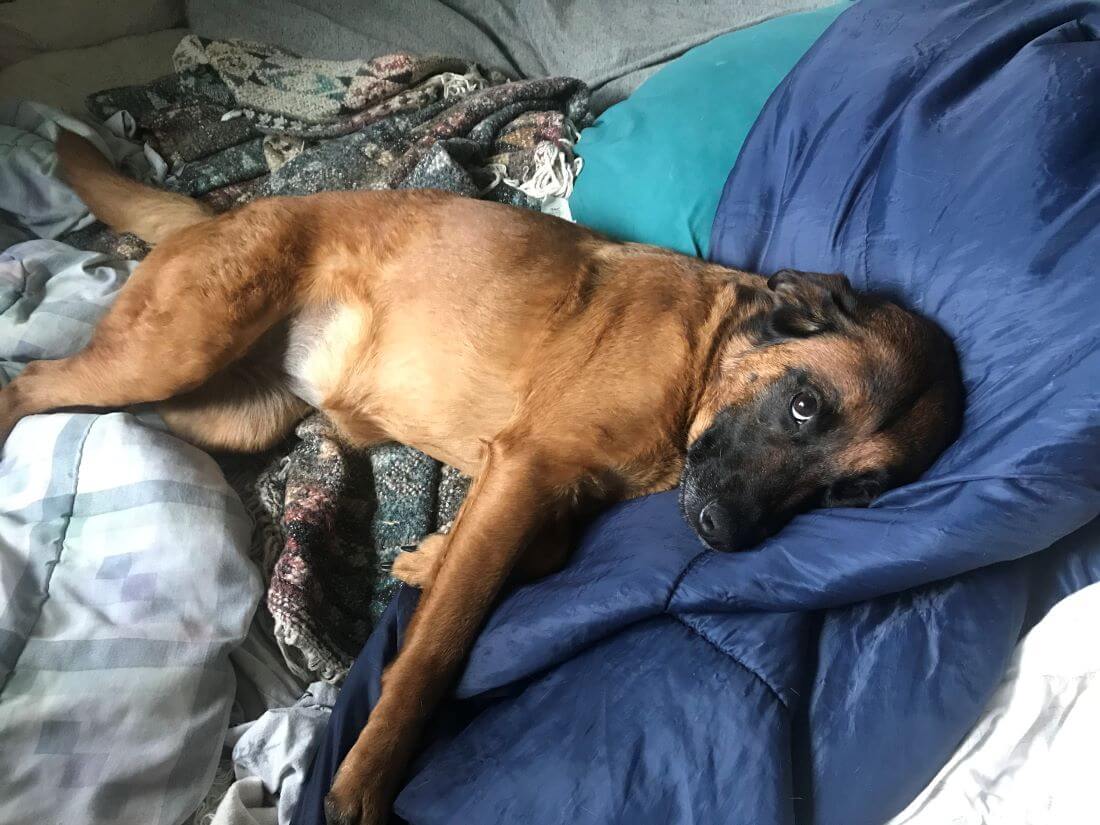 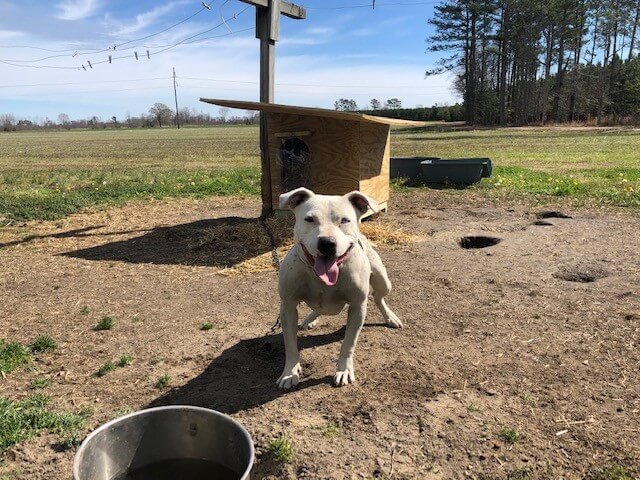 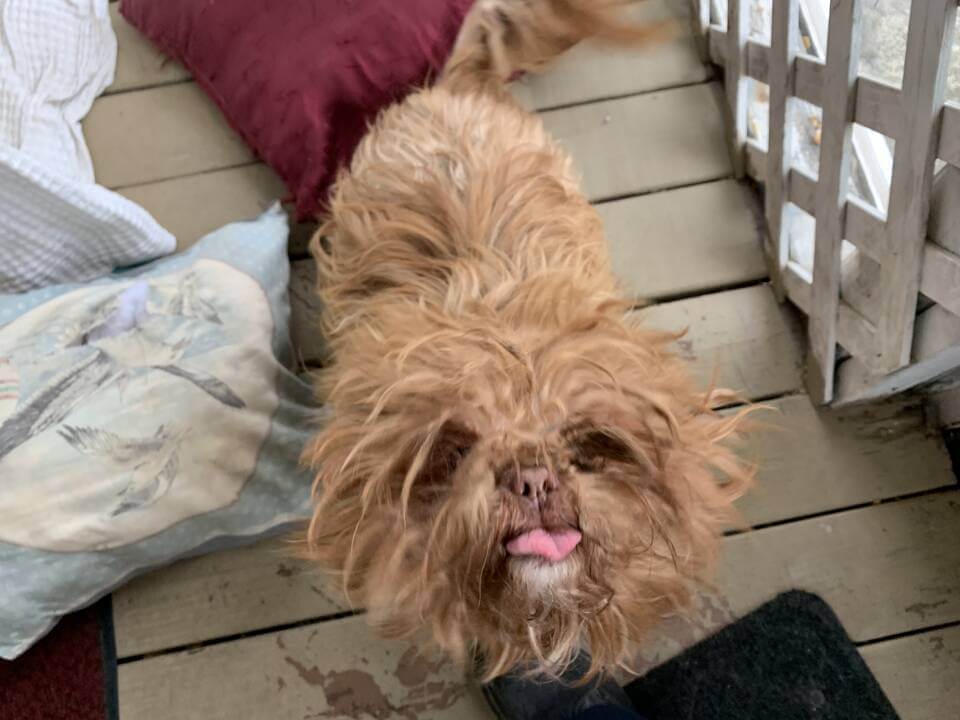 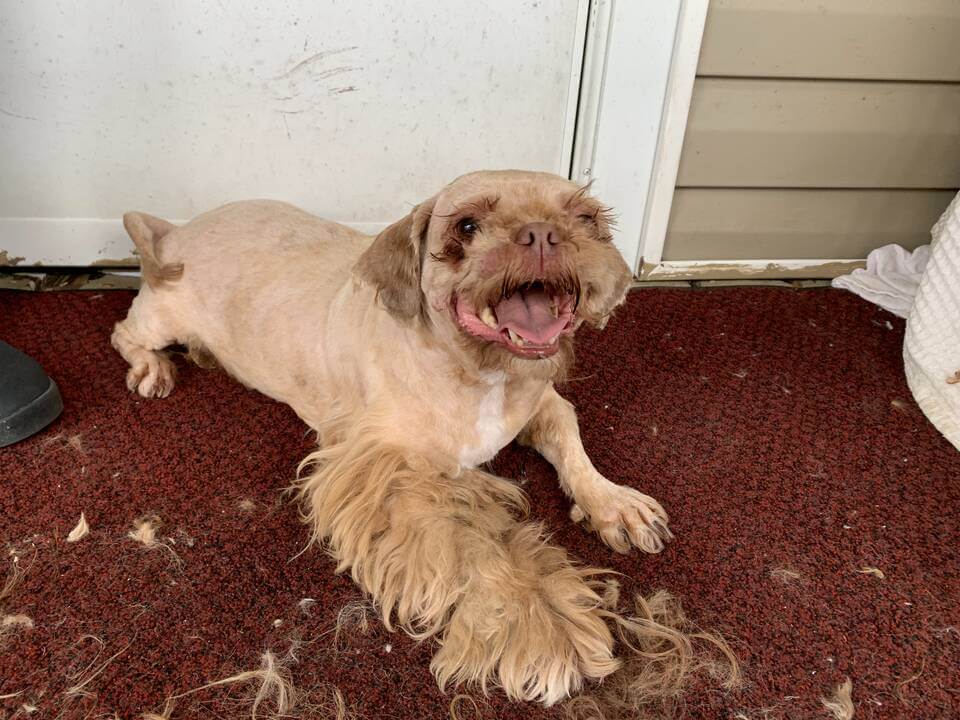 … and even helped a little horse named Pinto Bean: 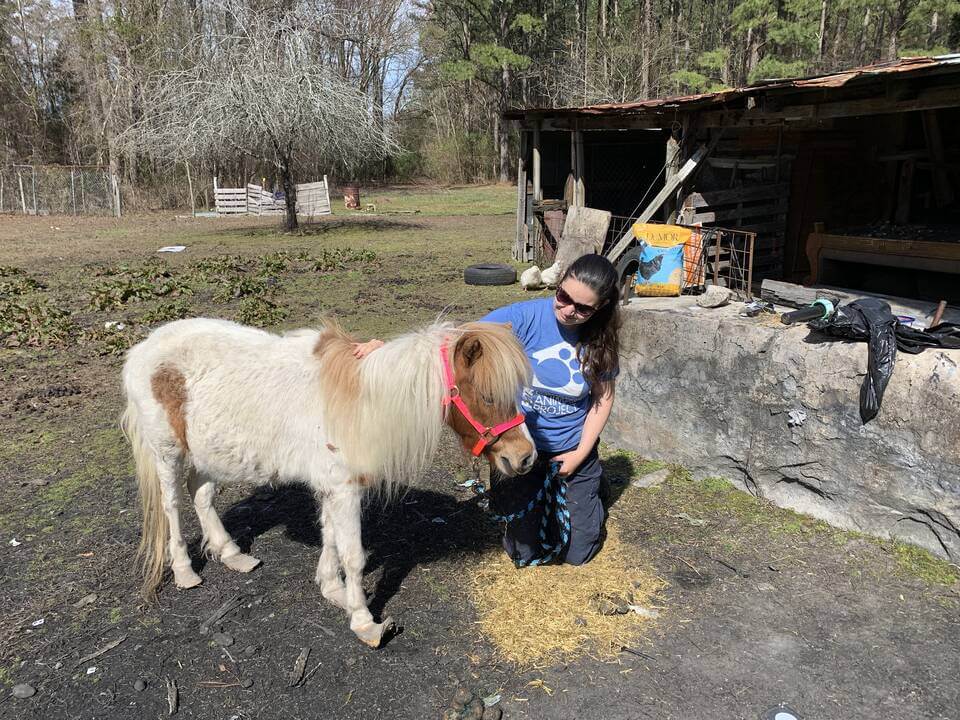 Her hooves were severely overgrown, making it painful and difficult for her to walk. 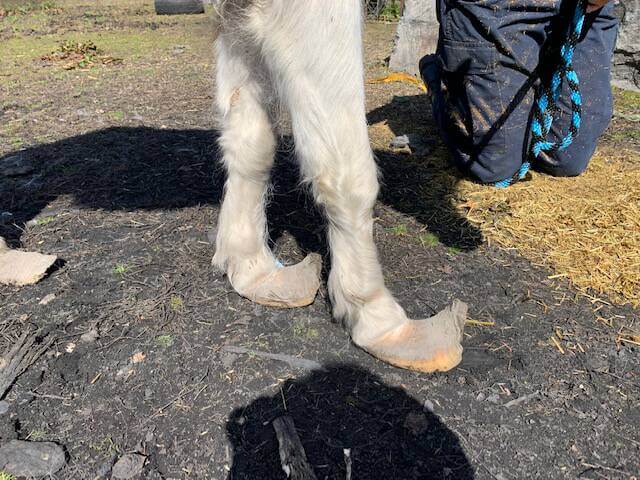 For at least six years, Pinto Bean went without veterinary care. Our field team promptly secured the miniature horse’s relinquishment and transported her to a nearby boarding facility, where she’s receiving veterinary care for her hooves, teeth, and other areas of need. We hope she’ll soon be fit enough to travel to a wonderful home (with another mini horse rescued by PETA!).

A few friends were mercifully released from life in order to end their suffering.

“If it wasn’t for PETA I wouldn’t know what to do.”

That sentiment was part of a postcard of gratitude written by Pharaoh’s guardian after we freed the sweet pup from her pain, free of charge. Animals depend on us to take care of them, and times of crisis are no exception. It’s because of animals like Pharaoh that, despite the COVID-19 pandemic, PETA and our fieldworkers are continuing full steam ahead (while taking every precaution recommended by health authorities, of course—including practicing social distancing, wearing gloves, frequently washing hands, and disinfecting surfaces often).

Other suffering animals got their angel wings in March, too.

Local veterinary clinics wanted upwards of $300 to give an elderly, immobile, unresponsive dog named Kya a peaceful end—a fee that her guardian couldn’t afford. Kya’s fur was coming off in large chunks, and she was severely underweight. Thanks to PETA’s free end-of-life services, this senior girl was freed from her suffering. 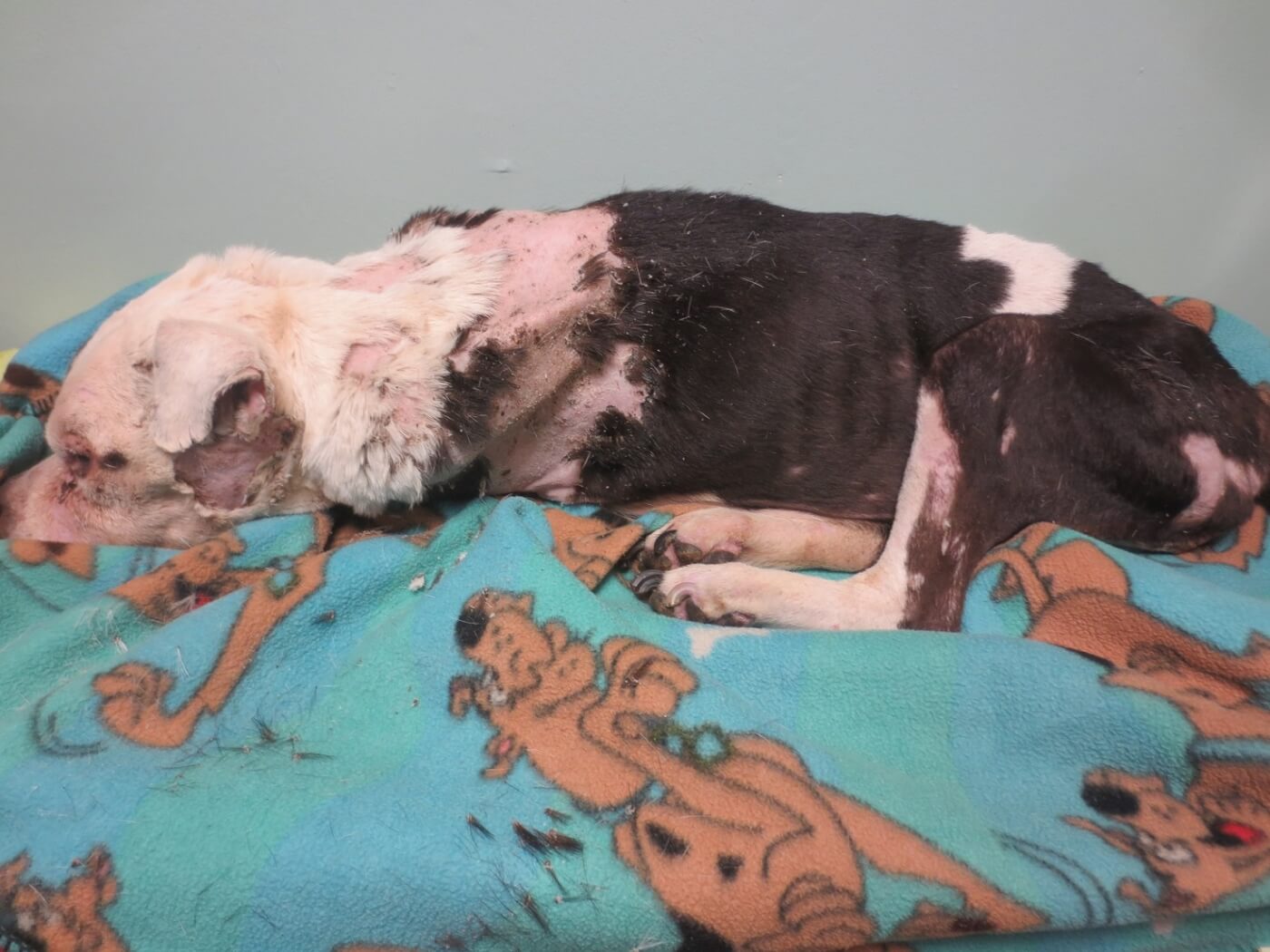 The feeder of this feral cat had tried for months to capture the animal, and when he finally did, he immediately called PETA for help. The horribly suffering cat had a baseball-size facial tumor that had ruptured, and he was also septic from infection. 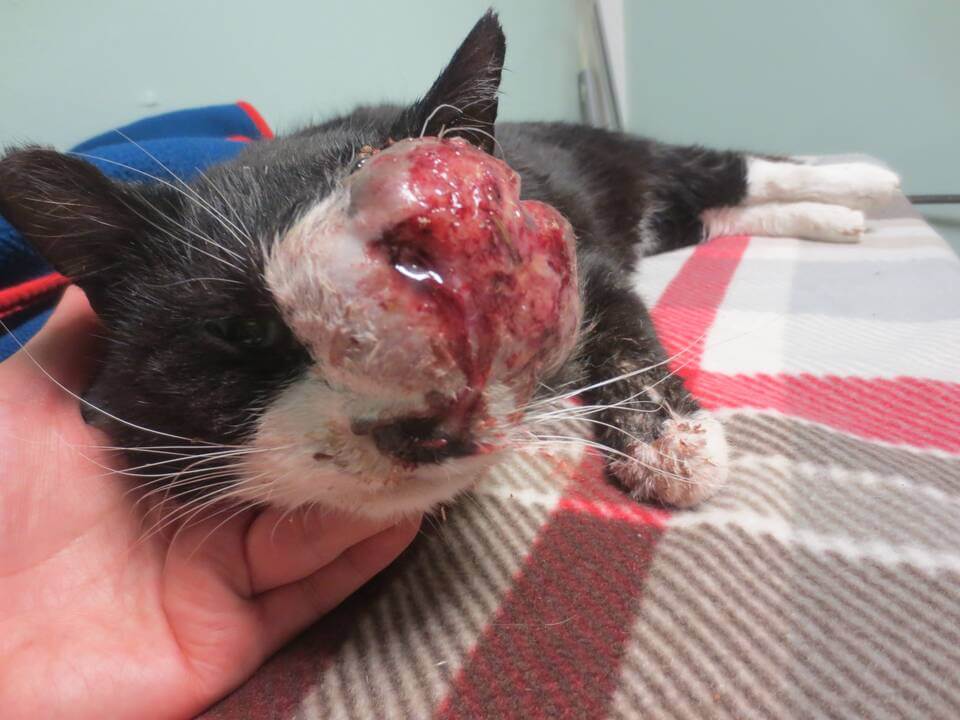 A feral cat before PETA freed him from his suffering

We also helped Boe—a severely emaciated pit bull who was riddled with cancer. He had been kept chained outdoors his entire life, trapped and neglected. Thanks to PETA’s efforts, instead of enduring a slow and agonizing death, he’s now at peace. 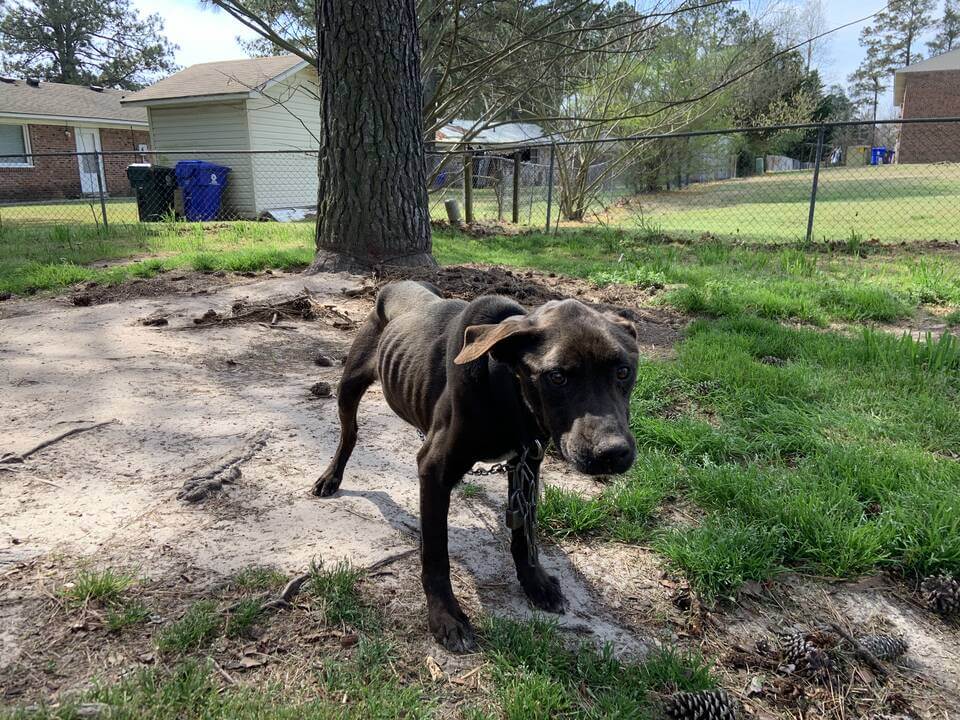 Angel, Baxter, Peanut, and Venom—four more dogs—were also freed from their pain in March, all free of charge. “It was amazing to be able to put [Angel] down peacefully instead of having to watch her slowly pass away,” the dog’s guardian wrote in a note to PETA.

Thanks to your support, our fieldworkers were able to provide countless cats and dogs with food in March, too.

The COVID-19 pandemic is leaving families struggling to put food in the bowls of the beloved dogs and cats they share their homes with.

Our fieldworkers are doing all that they can to ensure that none of these animals go hungry, but we need your help.

Will You Help a Hungry Animal?

Remember: While stocking up on supplies, it’s vital that we remember the needs of our animal companions, too. Encourage family and friends to keep plenty of extra food and medications for animals on hand and to look out for neighbors who may not be able to shop for their animals. Click on the link below to learn more.