The word “euthanasia” comes from two Greek words—“eu” meaning “good” and “thanatos” meaning “death.” Euthanasia is defined as a merciful release from life in order to end suffering.

Like any responsible open-admission, socially conscious shelter, PETA provides a peaceful, painless release from life for animals who cannot be safely or humanely placed in a new home or who are sick, injured, dying, or otherwise suffering (physically or psychologically) and whose guardians often can’t afford the service at a private veterinary practice. 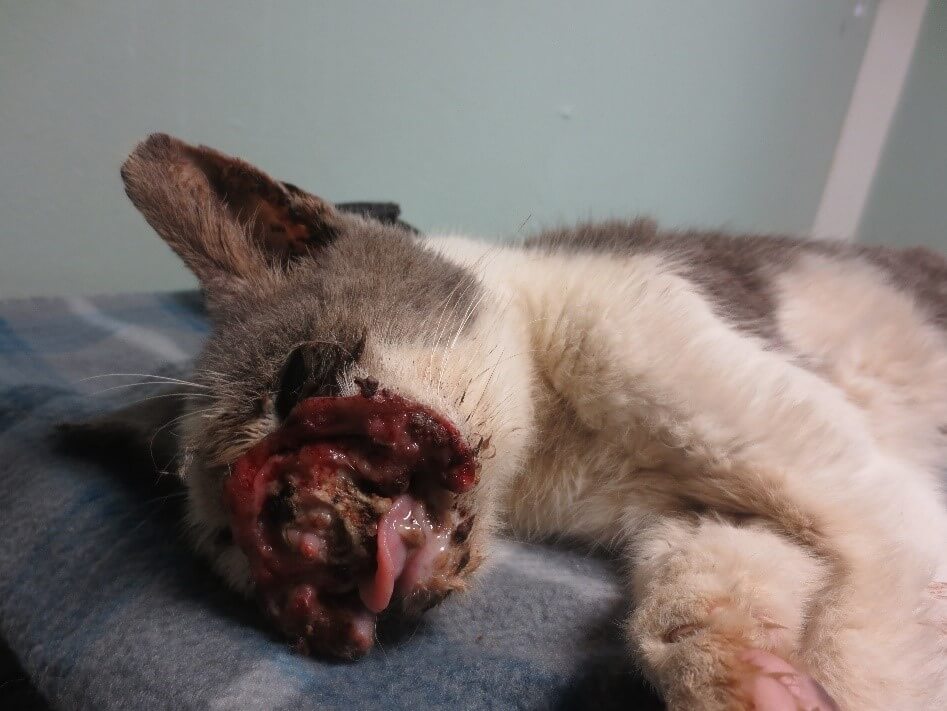 A person who had been feeding this sterilized and abandoned homeless cat brought her to PETA after noticing that most of her face was missing. 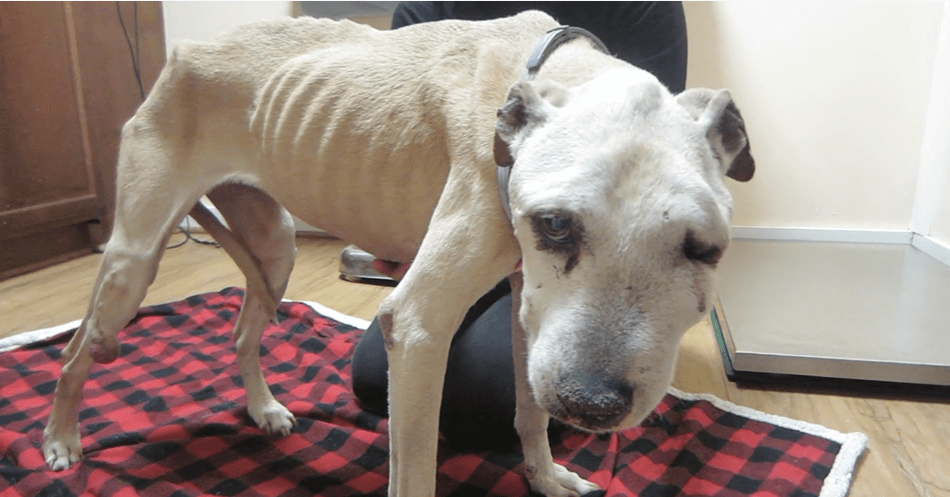 Meliko’s guardian asked PETA to help end her suffering after she started wasting away because of the numerous cancerous tumors on her head, face, and throat that prevented her from eating. 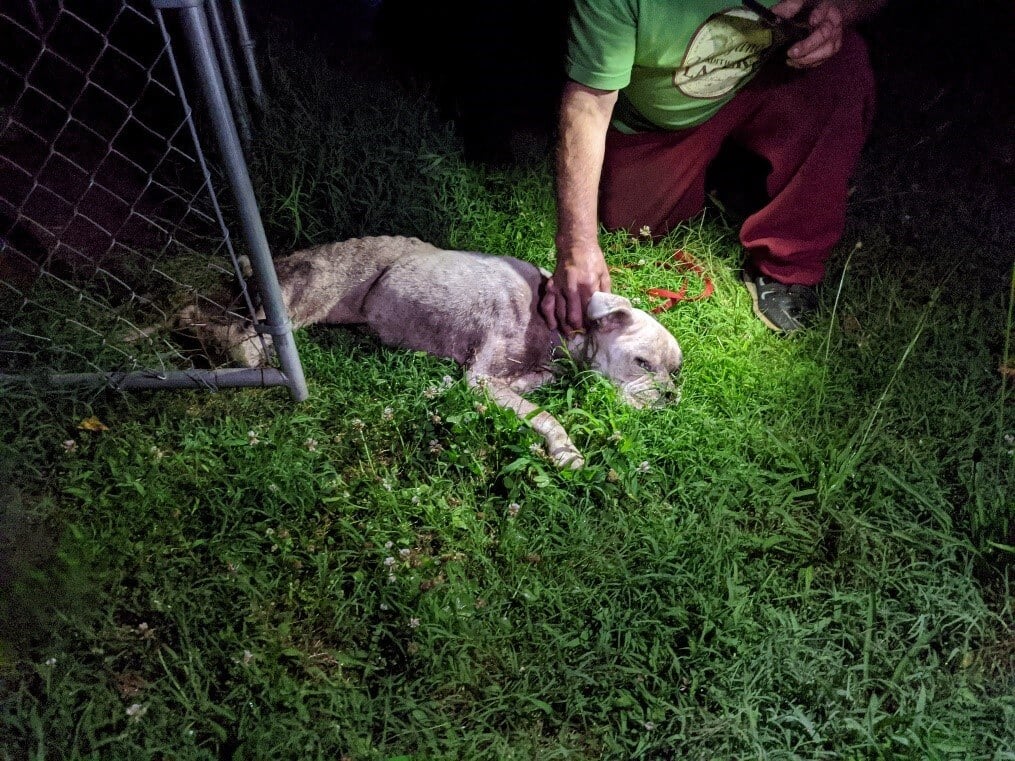 Cesar’s owner called PETA for emergency help when his dog was found immobile and near death inside the pen that he’d been confined to for most of his life. 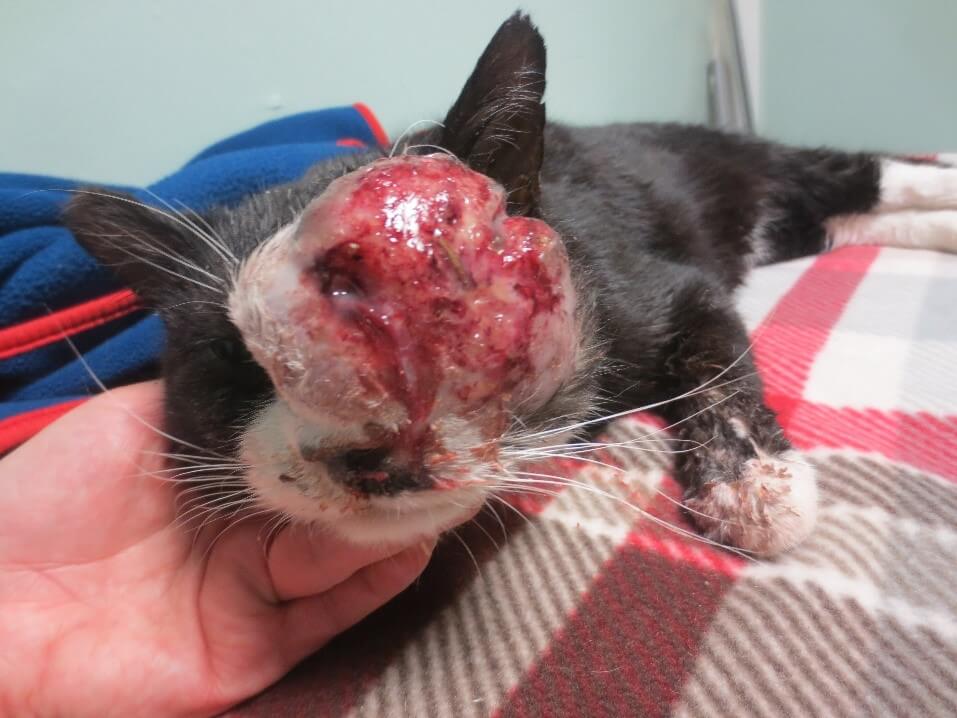 It took months for the person who had been feeding this homeless cat to capture him. By the time he was brought to us, the tumor on his face had ruptured and he’d become septic.

At PETA, we will never turn our backs on animals in need—and sometimes the most humane thing we can offer them is a peaceful release from a world that has betrayed them.

Every day, PETA’s fieldworkers help abused and neglected dogs—many of whom are pit bulls kept outside 24/7 on chains heavy enough to tow an 18-wheeler. We provide them with food, clean water, lightweight tie-outs, parasite prevention and treatment, free spay or neuter surgeries, sturdy wooden doghouses stuffed with straw bedding, and much-needed affection.

What we see on a daily basis is enough to make you lose faith in humanity. The vast majority of the animals we take in were never treated as “companions” but instead spent their entire lives penned or chained up outside in all weather extremes. They were never socialized or allowed out of the small dirt circles to which they were confined, let alone allowed inside a home. They exist in perpetual fear and anxiety, struggling to cope with the daily challenge of surviving in inadequate living conditions. Others are indeed beloved companions who are elderly, ailing, injured, dying, aggressive, or otherwise unadoptable, and PETA provides them with a gentle release from suffering, always at no charge to their guardians. The adoptable animals we take in are placed through our adoption program or transferred to trusted local shelter partners.

So, how does euthanasia fit into PETA’s work to alleviate suffering? One pit bull we gained custody of, named Asia, looked like a skeleton covered with skin when PETA released her from the 15-pound chain that had weighed her down for years. She suffered from three painful and deadly intestinal obstructions, which prevented her from keeping any food down, and faced an agonizing, lingering death, so a veterinarian recommended euthanasia to end her suffering. We pursued criminal charges against those responsible for her condition, leading to their conviction for cruelty to animals. And that was just one of the dozens of sad cases that we see every month.

Almost all the animals we take in have been living in abysmal conditions, and we frequently work with local law-enforcement agencies to pursue charges against their abusers to prevent them from owning and harming animals again. 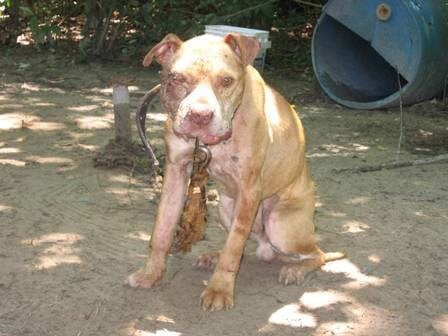 Santana had injuries so severe that his right eye was swollen shut, his jaw was torn open and hanging, and one of his legs was broken. 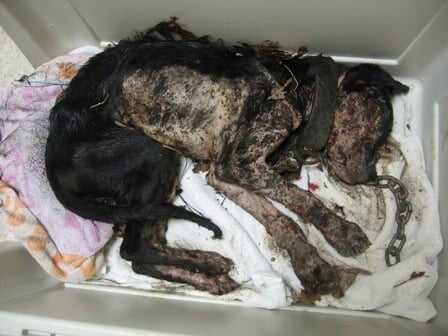 Big Girl was still alive when a fieldworker found her, immobile and cold to the touch on a chain outside.

To combat suffering and animal homelessness, PETA’s low- to no-cost spay-and-neuter mobile clinics have sterilized more than 213,700  animals since 2001, preventing hundreds of thousands of unwanted puppies and kittens from being born, neglected, abandoned, abused, or euthanized. And on a national level, PETA focuses on the root of the problem through our celebrity spay/neuter and adoption campaigns and other efforts.

As long as companion animals are still bred on purpose and people aren’t spaying and neutering their dogs and cats, open-admission animal shelters and organizations like PETA will have to deal with the results in a caring and humane manner. PETA is proud to provide a safe haven for animals who have no other place to turn—here, they are welcomed with open arms.

Please, if you care about animals, help prevent more of them from being born, only to end up chained and left to waste away in someone’s backyard, suffering on the mean streets where people just kick them or shoo them away, tortured at the hands of animal abusers, or having to be euthanized to prevent them from coming to further harm. If you want to save lives, have your animals spayed or neutered, and when you’re ready to welcome a new companion into your home, adopt, don’t buy.