On the heels of a Los Angeles Times report about whistleblowers’ allegations that oversight failures may have led to animal injuries and deaths during film and TV productions, PETA was joined by Hollywood animal advocates Bob Barker and Sam Simon for a news conference calling for immediate action to protect animals. 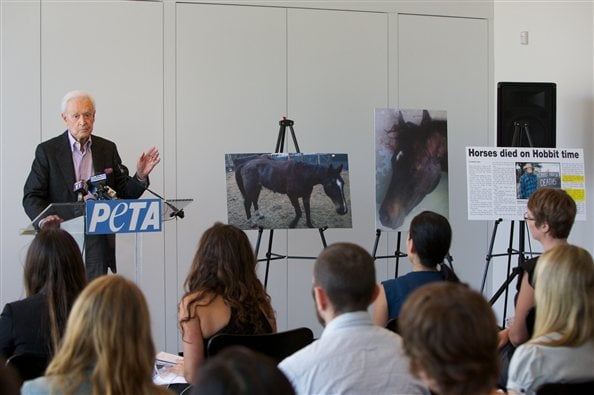 PETA was flooded with complaints from whistleblowers after we released leaked information earlier this year about the deaths of horses on the set of HBO’s Luck. The complaints that we’ve received include an incident in which a horse and rider were allegedly swept downstream in a scene from the upcoming film The Lone Ranger and the deaths of three horses on the set of The Hobbit. Many of the alleged incidents reportedly involved pressure from industry figures to put animals at risk in a wide range of movie and TV productions, including some that are still being filmed. 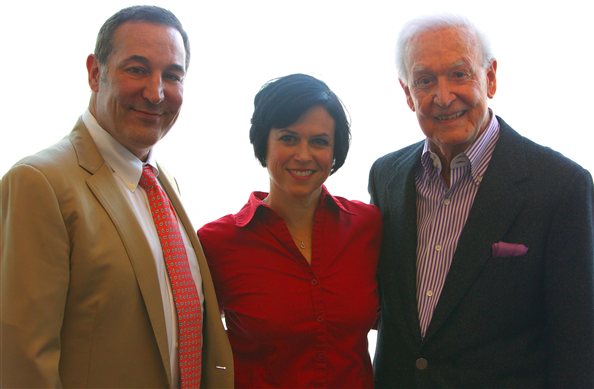 During the news conference at PETA’s Bob Barker Building in Los Angeles, legendary The Price Is Right host Barker and The Simpsons co-creator Simon backed PETA’s appeal for the American Humane Association (AHA)—the organization assigned to monitor the use of animals on TV and film sets—to launch an immediate investigation into the allegations. To ensure that the AHA’s ratings have any meaning, PETA presented a series of recommendations for an overhaul of the monitoring system, including the following:

Producers, directors, and writers must also do their part. They must make sure that animal trainers with U.S. Department of Agriculture violations are not employed, that scenes aren’t written that would endanger horses and wild animals, and that computer-generated imagery, animatronics, and other technology are used to replace animals. Animals should never have to die for our entertainment.

You can help horses, great apes, and other animals used in the entertainment industry by contacting the AHA right now. Use the form below to urge the AHA to swiftly implement a plan to protect all animal “actors.”