After three decades of treating patients, Dr. Drew Pinsky knows a thing or two about curing problems. And as one of the most listened-to physicians in America, he’s prescribing the perfect remedy for the animal homelessness crisis: spaying and neutering. Along with his two dogs, Daisy and Lulu, Dr. Drew shot a new ad for PETA asking everyone to be a part of the cure: 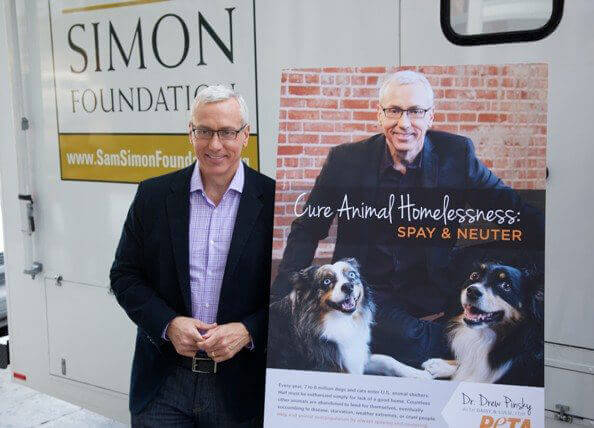 At yesterday’s unveiling of the ad outside the CNN studios in Los Angeles, he told the throng of reporters and fans: 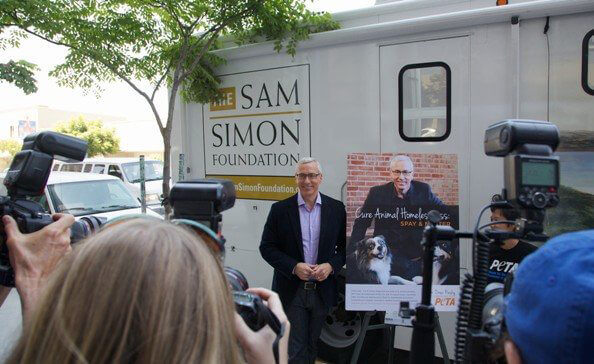 The Sam Simon Foundation, which provides dogs and cats in the Los Angeles area with free and low-cost sterilization, distributed vouchers for free spay and neuter surgeries.

As Dr. Drew put it, “So now there’s no reason not to include this in the healthcare of your animals.” Join Dr. Drew in helping to end the animal homelessness crisis: Always spay and neuter.